2015 European Short Course Championships: All The Links You Need 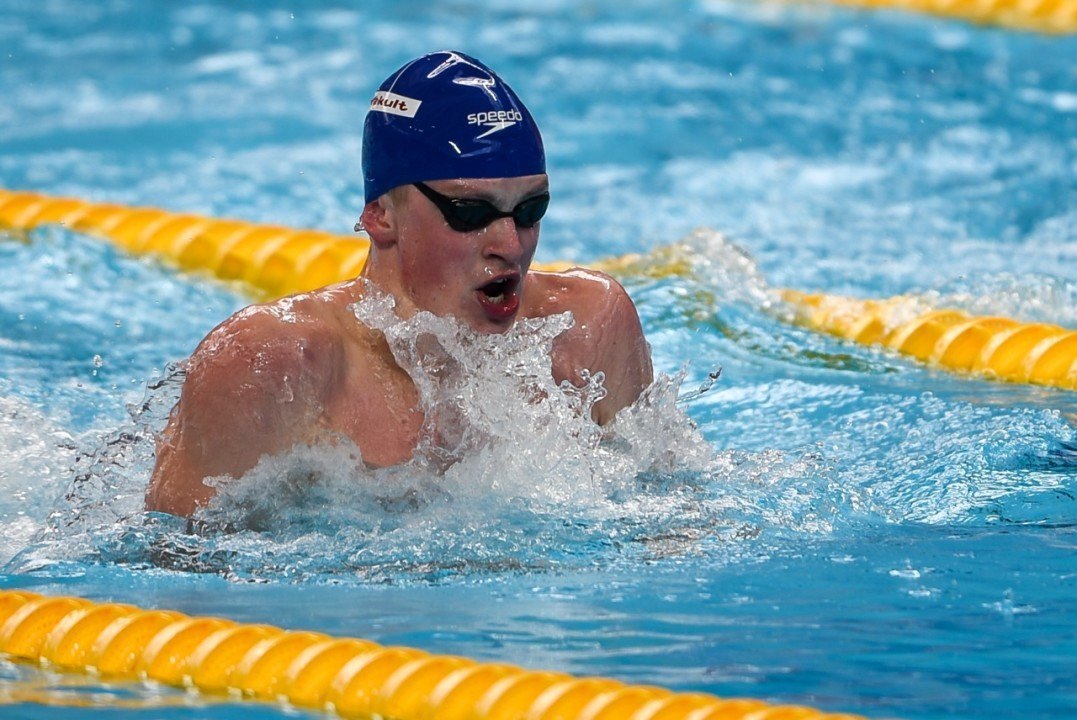 The 2015 European Short Course Championships are upon us, as competition begins at the Wingate Institute in Netanya, Israel tomorrow, December 2nd.  For the first time in the history of the Championships, the meet will span 5 days, with the final session landing on December 6th.

This year marks the 18th edition of the event, with more than 500 athletes (291 male, 209 female) from 48 countries expected to participate.  Israel leads the nations with a total of 46 individual athletes, followed by Russia with 38, Italy with 36, and the Czech Republic, Germany and Hungary with 27 swimmers each.

Tickets have been on sale since October, LEN representatives made their final site visit last November, therefore the stage is now set for the richest European Short Course Championships in its history.

The 2013 edition of the European Short Course Championships saw Russia swim away with the most golds and overall total medals with 8 and 15, respectively. Hungary raced to 2nd place as a country, earning 5 gold medals with 10 medals overall, followed by Denmark who capture 4 gold and a total of 9 medals overall.

Also in 2013’s version of the meet, a total of 11 World Records were set, all in team relays, over the course of the competition, while the athletes also scored 12 new Championship Records and 3 new European Records.  The European Records came in the form of Mireia Belmonte‘s (Spain) gold in the 200m butterfly, Rikke Pederson‘s (Denmark) win in the 200m breaststroke and Mie Nielsen‘s (Denmark) triumph in the 100m backstroke, although, none of these three women are listed within the initial entry lists for this year’s edition of the Championships.

As outlined in our Entry Lists Preview, two athletes who are attending, and with monster schedules to boot, are Hungary’s Katinka Hosszu and Great Britain’s Hannah Miley. Both women are keen on attacking several events per day as their regular meet routine, as will be the case in Netanya.  For the #IronLady Hosszu’s part, she is slated to swim the 50m/100m/200m/400m freestyles, the 50m/100m/200m backstrokes, 200m butterfly, as well as the 100m/200m IM/400m IM.

Miley will clash with Hosszu in the 400m freestyle, 200m butterfly, and all 3 IM distances, but will also be racing in the 50m backstroke, 50m breaststroke and 200m breaststroke events at the meet.

The Netherlands’ sprinting contingent will be attending in full force, complete with Femkee Heemskerk, Inge Dekker, and Ranomi Kromowidjojo. Also of note, is European Games stand-out, young Marrit Steenbergen, who is entered in the 50m/100m/200m freestyle races, in addition to the 100m IM.

Jeanette Ottesen is also scheduled to swim, looking to earn some sprint titles in the 50m/100m freestyle and 50m/100m butterfly events. Speeding siren Sarah Sjostromfrom Sweden will be ready to rip some swift times in the sprint freestyle and butterfly events, as will Turkey’s Viktoria Gunes, who is following up her recent World Cup gold from Dubai with entry in all breaststroke races and the 100m/200m IM.

On the men’s side, breaststroking battles are sure to be had with key players Adam Peaty(GBR), Daniel Gyurta (HUN), Marco Koch (GER) and Anton Chupkov (RUS) all in the mix. Great Britain’s Andrew Willis is also listed as being in attendance, which would put him in back-to-back competitions with this and the Duel in the Pool scheduled for December 11th and 12th.

After one of the most successful World Championships of his career, Hungarian Laszlo Cseh will be gunning for four titles in Israel: the 50 fly, 100 fly, 200 fly, and 200 IM. That means no 400 IM: an event in which he’s a seven-time European Champion in short course. In total, Cseh has 16 European Short Course titles, dating back to the 2003 event in Dublin where he won a single gold in that 400 IM.

Among the notable absentees from the race are two swimmers who would be favored for at least some gold in the short course pool: World Record holder Vlad Morozov of Russia; and World Record holder Ruta Meilutyte from Lithuania. Morozov is instead option for the United States’ Winter Nationals in Federal Way, Washington.

Also missing is the majority of France’s “A” team. They are still sending 13, mostly younger, swimmers to the meet, however few, if any, are expected to contend for medals. The biggest exception to that is Lara Grangeon, who hails originally from New Caledonia. She was the 2010 bronze medalist at this meet in the 200 IM and 400 IM, and will serve as a veteran on a team of youth.

And finally, World Champion and European Record holder Gregorio Paltrinieri will lead a rather loaded Italian team into the meet. The star will race the 400 free and 1500 free individually. He’s likely to blow-away his best time in the 400 free of 3:44.97 at this meet, and will have an outside chance at Grant Hackett’s 1500 World Record of 14:10.10, which is six seconds ahead of Paltrinieri’s best.