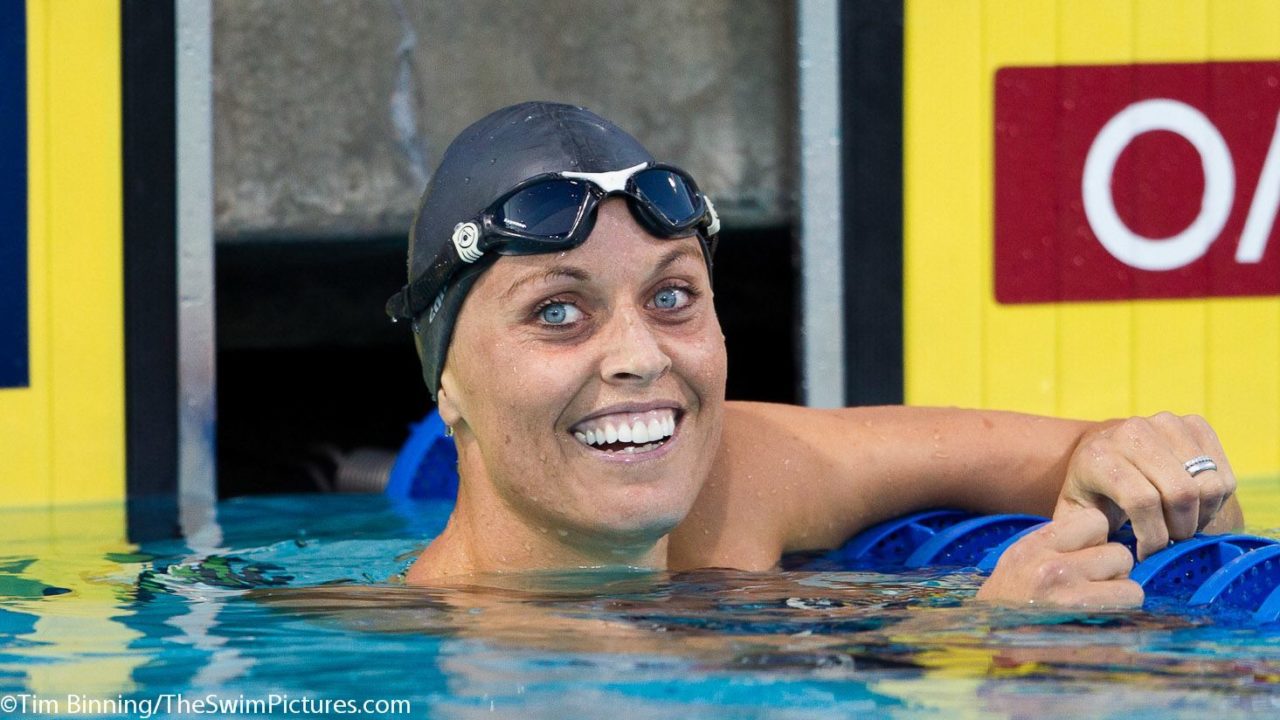 The psych sheets have been released for the 2012 Omaha Swimvitational, which will be the first meet held in the newly-filled Olympic pool. This meet is as much a test event for the staff of the CenturyLink Center and the pool itself as it is for the athletes, but that doesn’t mean that there won’t be plenty of stars and superstars participating.

The meet will run from June 8th-10th (Friday-Sunday), and just two weeks before Trials could see some incredible times being thrown down.

There is a large international contingent, especially of South Africans, who are taking the opportunity to swim in the sort of mega-arena that will hold the Olympic Games swimming – an experience that athletes only get a handful of opportunities to prepare for in their lifetimes. This will include Darian Townsend, Jean Basson, Brit Simon Burnett, and Roland Schoeman, all freestylers.

From the American side, the biggest stars will come from Tucson, where Tucson Ford and the University of Arizona will be coming in almost a complete group for the meet. That includes Amanda Beard, Annie Chandler, and Ellyn Baumgardner. Those three should have some great breaststroke battles, especially when former National Teamer Ashley Wanland, breakout NCAA star from Louisville Giselle Kohoyda, and Columbia’s Katie Meili are thrown into the mix. Those breaststroke races could be the best of the whole meet.

Other swimmers from Arizona who will be at this meet include Matt Grevers (he’ll face off with David Plummer in the backstroke races); distance swimmer Alyssa Anderson; 2008 finalist Whitney Burnett; one of the NCAA’s best sprinters Margo Geer; and potential 100 fly finalist Giles Smith.

Another interesting name is Rhi Jeffrey, who won relay gold on the 2004 Olympic Team but retired prior to 2008. Now living and training in New Zealand, she’s back in action and will swim at this meet in the 50 and 100 freestyles (but not the 200, which is where she made a relay in 2004). This will be her first time racing on American soil since 2009, and her first time at a meet of any significance since 2007.

Other potential breakout, high school stars at this meet include Olivia Smoliga from the Glenview Titans in Illinois, Reed Malone from the New Trier Swim Club in Illinois, and future UCLA bruin Katy Campbell (Kathryn on your psych sheets). Also keep an eye on a pair of 15-year olds: Leah Stevens from the Lakeside Swim Team and Bailey Nero from Fort Collins, Colorado. Both have very high seeds.

The Big Ten will be well-represented in this meet, as large squads from Northwestern, Iowa, and Wisconsin will be at the meet. All three of those teams had great seasons last year, and will look to carry that to this off-season.

For the Wildcats, that will be breaststroker Jenny Wilson, who will add another good name to the breaststrokes here. She had a fantastic NCAA season, and now we’ll wait and see how much of that translates to long course. Iowa will come with their band of freestylers, including Paul Gordon, Gianni Sesto, and Jordan Huff – Iowa City is only a short 4-hour bus drive across the state from Omaha.

Wisconsin has two of the better darkhorse names of the entire meet coming. Michael Weiss came from out of nowhere (though against a weak-ish field) to take third in the 400 IM at men’s NCAA Championships and has been looking strong in long course as well. The other is Aja van Hout, who had a very good meet at the Speedo Grand Challenge two weeks ago.

The Lousville Cardinals and their NCAA Champion Carlos Almeida will be at this meet as well. Almeida didn’t have a great European Championship meet two weeks ago, but he will have some outstanding races at this meet with Tucson Ford’s Olympic hopefuls Clark Burckle, Carl Mickelson, and Kevin Cordes.

There’s a smattering of other random swimmers with some name recognition at this meet, including USC’s Yumi So and Brock Redondo.

Superb field of swimmers! Breaststroke events will be very interesting with Amanda Beard, Kevin Cordes and others. Can Margo Geer follow the steps of other american sprinters who have really improved since last year? Is Matt Grevers ready to swim a big 100 back this summer around 52.50? And there’s Olivia Smoliga. She’s another american swimmer who can swim under 1.00 in the 100 back and she’s so beautiful.

BOBO, Grevers put a stop to 99% of his Olympic business to focus on training. He suffered a big upset not making the 2011 World Championship US Team. That may be a blessing in disguise for him… He’s hungry to show he’s the man in 100 back. I think he’s the favorite going into Trials, especially considering his Olympic experience from 08.

ditto M.S. Grevers is money at TRIALS (not cause Thoman, Plummer et al. won’t make threats but because he’s done it on the big stage and he wants it bad–e.g. his in season swims).

No way Lochte is going to swim the 100 back, that is, if he is still interested to swim 200 free.

There is quite a decent turnout of local kids and some of their relays in the top 4-5 on the guys side. Will be great experience for all of the young faces to swim in an arena like that. Looking forward to seeing what Grevers will do in this and seeing Beard swim in person since my last opportunity in the 90s..

Grevers is the man in the 100 back ! even though he will have huge opposition at trials with Thoman and Plummer ! what a strong Us backstroke field . Just amazing . Grevers is the man for the 400 medley relay in London . With a huge start , Usa will keep the groove into the breasstroke leg to hold on the japanese , germans , Australians .