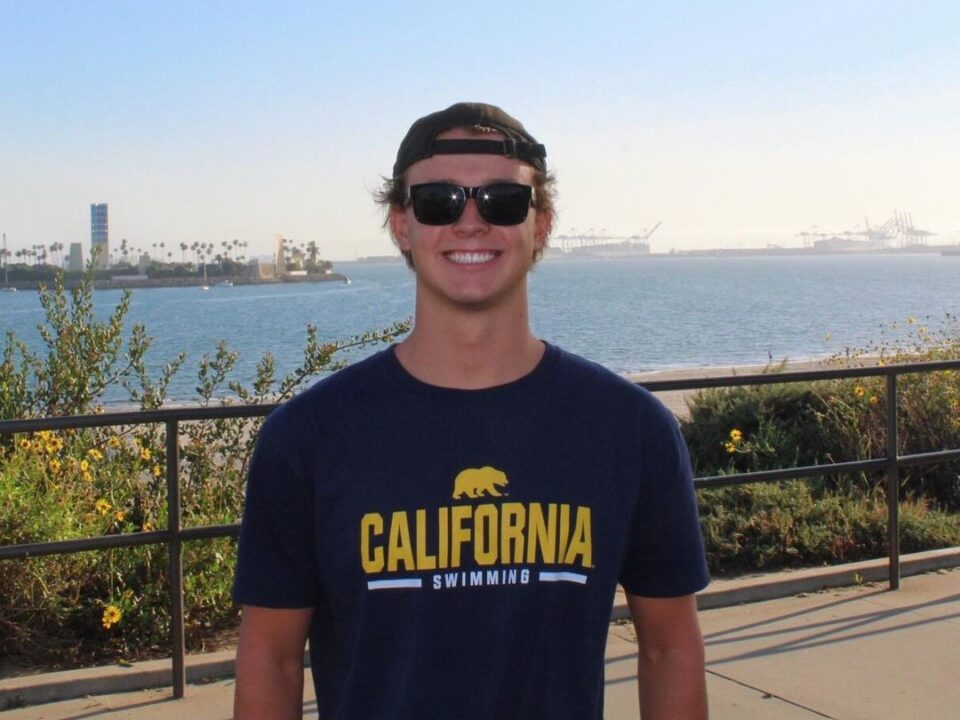 Long Beach, California native Hank Rivers has announced his verbal commitment to the University of California, Berkeley. A junior at Woodrow Wilson High School, Rivers is the #20 recruit on our Way Too Early List of top boys from the class of 2022. He will join the #1 recruit from the class, Zachary Tan, on the Golden Bears’ roster beginning in the fall of 2022.

“I am super excited to announce my verbal commitment to swim and study at Cal Berkeley! Thank you to everyone who has supported me to get to where I am today. Go bears! 💛🐻”

Rivers competed at Carlsbad Sectionals at the end of February 2020, but like almost all other swimmers in Southern California, he hasn’t had many opportunities to race since then. Southern California did not hold 18&U Winter Championships last December and is just now starting to bring back youth sports again. The CIF’s Southern Section will hold their four divisional championships at the end of the month.

Rivers will arrive just after Reece Whitley graduates, but he will overlap with Forrest Frazier, Jacques Lauffer, and Preston Niayesh.

Great news !! Cal will be a nice place to grow his talent.