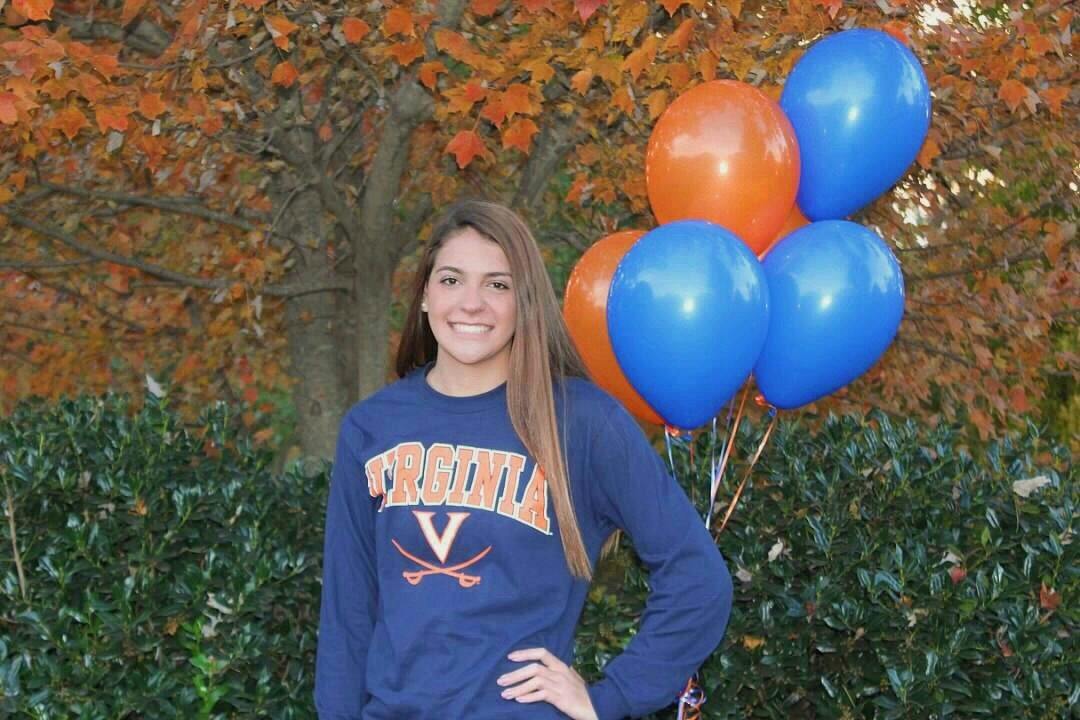 Abby Harter, a USA Swimming Scholastic All-American and NISCA All-American from Ashburn, Virginia, has announced her verbal commitment to the University of Virginia for 2020-21. Harter is the 20th-ranked recruit in the class on our Way Too Early List of Top 20 Recruits from the High School Class of 2020. She will join #17 Anna Keating in the Cavaliers’ class of 2024.

“I’m beyond excited to announce my verbal commitment to swim and study at the University of Virginia!! Thank you to my family, coaches, friends and teammates for the help and support to get me where I am now!! 🧡💙 ⚔️ #GoHoos #WAHOOWA”

UVA head coach Todd DeSorbo and his team are doing an excellent job attracting in-state talent to Charlottesville. The incoming class of 2023 already has earned verbal commitments from Virginians Caroline Kulp, Lexi Cuomo, and Maddie Donohoe. So far, the class of 2024 is 100% composed of in-state swimmers. Both Keating and Harter will have an immediate impact on the Cavs’ lineup. Harter’s best times are already scorable at ACCs in the A final of the 200 fly, B finals of the 100/200 breast, 100 fly, and 400 IM, and the C final of the 200 IM.

Virginia is doing something!!

I know I harp on this a lot, but it’s remarkable how UVA is now locking down the wealth of in-state talent in VA. What started last year with class of 2019 is now a definite trend.

DeSorbo & Co is doing something right in Charlottesville. But let’s be real here, UVA women have always been good and always attracting top top end talent well before he arrived on campus. If I remember correctly, Bernardino built this program from ground zero to a special one and they even reach top 5 at NCAA TWICE under the Bush company!

The point is, UVA is good, was good, and will always be good.

glad to see UVA is finally getting the talent from NCAP/Machine/etc.

DeSorbo & staff have shown they coach swimmers to dramatically improved times, that’s what attracts recruits. With the staff at UVA, Va Tech, NC State, and Louisville all showing they can coach their swimmers to improved and in many cases national level times, the future for ACC swimming looks very bright.