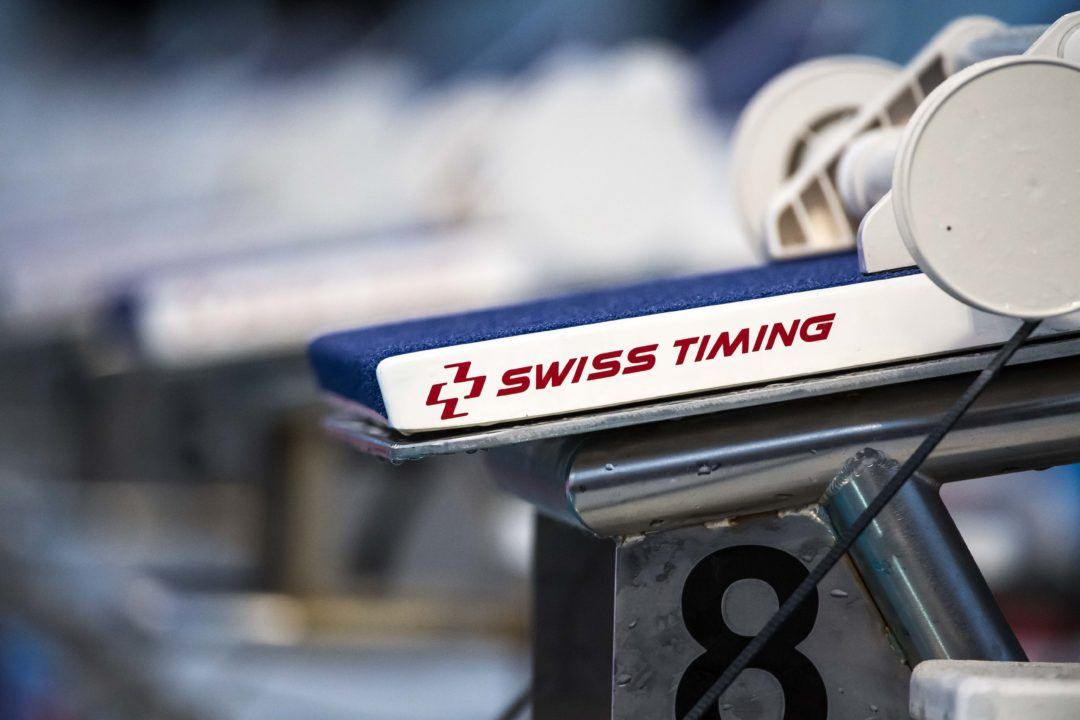 The Michigan High School Athletic Association (MHSAA) held its State Championships for all 3 of its divisions on Friday and Saturday, November 17th and 18th. The Division 1 (holds the biggest schools in the state) meet was held at the Oakland University Natatorium, in Rochester Hills. The 3 divisions of MHSAA only refer to the Lower Peninsula of Michigan, the Upper Peninsula is basically its own division and holds its state meet in February.

In what was arguably the fastest performance of the meet, 15 year old Grand Haven sophomore Kathryn Ackerman ran away from the field by two-and-a-half seconds, dropping a full second from her prelims swim and roaring to 1:57.92 in the 200 IM. That swim was a MHSAA record for all divisions, way under the old record of 1:59.14, set by Miranda Tucker. Her time was also an Oakland University pool record, and a personal best. Heading into the weekend, Ackerman had a best time of 2:00.90, which she set in March of this year. After only going a 2:00 once, she then broke the 2-minute barrier, skipped 1:59 completely and went 1:58.94 in prelims to break the state record. At 15 years old, Ackerman is now tied for 25th in the USA Swimming all-time top 100 rankings for 15-16 year olds. Ackerman swims club for Michigan Lakeshore Aquatics.

Another huge MHSAA state record performance came from 15 year old Grand Ledge sophomore Lola Mull in the 500 free. Mull shattered Allison Scmitt’s record of 4:47.46 in prelims with her 4:44.47. She came into this high school season with a best time of 4:52.39, and swam under that time several times over the course of the season. She is now tied with Ella Eastin for 77th all-time 15-16 girls. In finals, Mull won the event with a 4:47.32. Mull swims club for Mid-Michigan Aquatics.

The 3rd all-divisions MHSAA state record that was broken on the day was the 100 fly, broken by Morgan Kraus, a 16 year old junior from Rockford. Kraus controlled both prelims and finals, posting times of 53.96 and 53.73 respectively. The finals time came in under the previous state record for all divisions of 53.88, held by Maddie Wright. For reference, Kraus went 55.10 at the MHSAA state meet last year, and her best time before this past weekend was set in March of this year at 54.59. Kraus’ time also cracked the USA Swimming all-time top 100 for 15-16, coming in at 96th. She swims club for Rockford Community Swim Team.

The divers had huge performances across the board, with the top 9 divers all breaking the pool record. Zain Smith of Ann Arbor Skyline won the event with a score of 446.90. Gracie Sleeman, Gracyn Segard, Annie Costello, Stella Fairbenks, Katie Werkema, Paige Sundermann, Camille Burt, and Ciara McCliment all came in under the pool record of 375.67. 10th place Anna Otto finished less than 4 points shy of of the pool record as well.

16 year old junior from Harrison Farmington, Ashley Turak, won the 50 free by half a second, posting a Division 1 MHSAA state record of 22.38. Turak’s previous best time of 23.02 was set in March of this year, marking another huge drop these young Michigan swimmers. With that time, Turak comes in at 20th all-time for 15-16 swimmers nationally, the highest of anyone at the meet. Turak was also the only double individual event winner of the meet, taking the 100 free in a time of 49.79. She also split a 48.89 to anchor the winning 400 free relay, marking the fastest split in the field. Turak swims club for DROP Aquatics.

15 year old Hudsonville sophomore Claire Tuttle won the 100 breast with a 1:01.32. Although it was not a state record, Tuttle’s time sits just .76 seconds off Miranda Tucker‘s MHSAA record of 1:00.56, and she has 2 more years to break it. Her time comes in at 55th in the all-time rankings for 15-16 year olds nationally.

Is she Alec Mull’s kid? If so, there should be an article about the family’s swimming history!