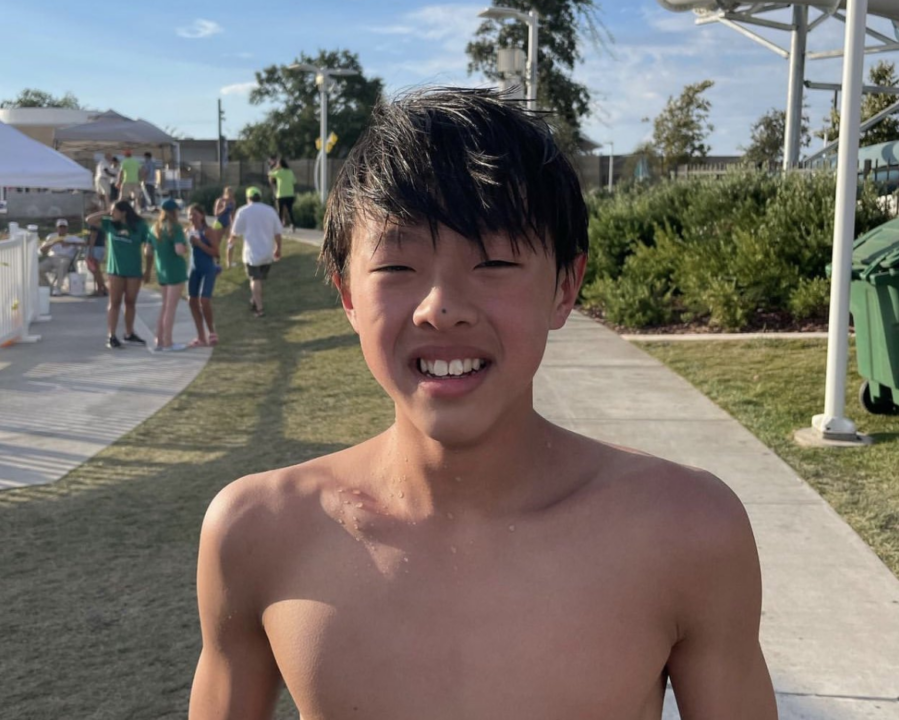 Syunta Lee threw down a few big personal bests that broke into the top five rankings for the boys 11-12 national age group (NAG).

Syunta Lee put on a show at the 2022 PN 14&U Long Course Championships last weekend in Washington.

The West Coast Aquatics swimmer won all six individual events he entered at the meet, throwing down a few huge personal bests that broke into the top five rankings for the boys 11-12 national age group (NAG).

Lee dropped more than five seconds off his previous best in the 400 IM final, reaching the wall in 4:49.20 to become the third-fastest NAG performer of all time. In the 200 IM, the versatile 12-year-old jumped from 19th to fifth in the all-time NAG rankings with a time of 2:15.66, taking nearly two seconds off his previous best. Lee also lowered his nation-leading mark in the 200-meter backstroke to a 2:12.56, a new best time by more than a second and a half that moves him up from 10th to fourth all-time in the NAG rankings.

Valerie Gan of Pacific Dragons Swim Team dropped nearly three seconds from her entry time in the 100 back, clocking a 1:21.86 to become the fourth-fastest performer among 9-year-old girls this season.