12-Year-Old Ronald Dalmacio Becomes Youngest to Break 1:00 in LCM 100 Back 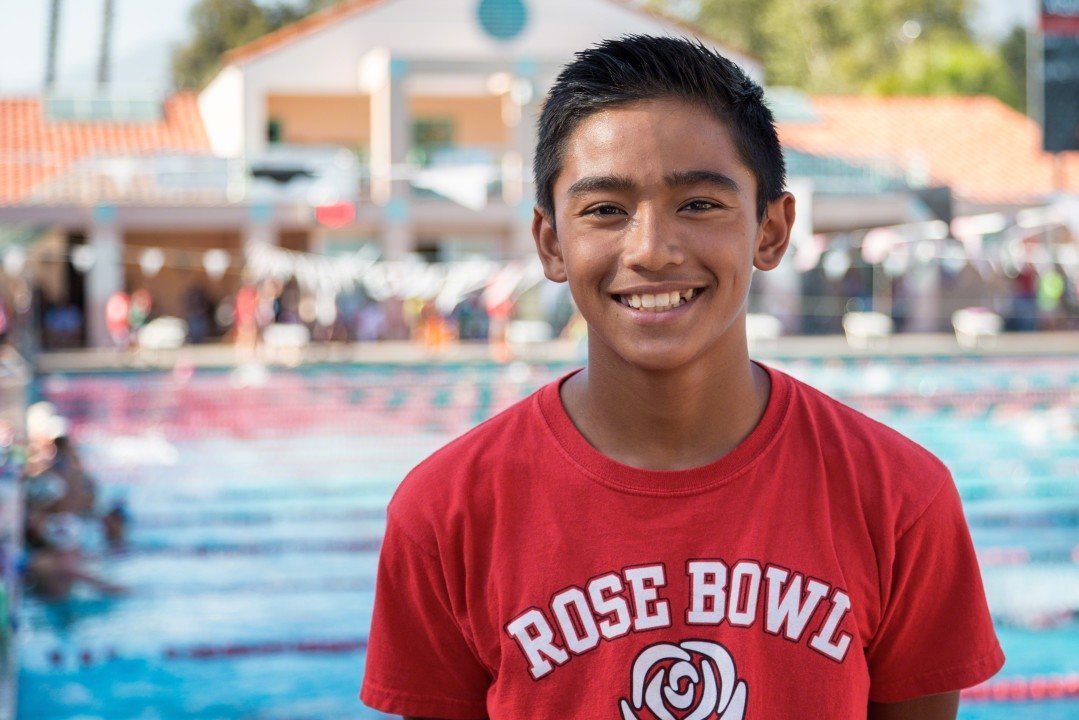 At 12 years of age, Dalmacio became the youngest swimmer to ever break 1:00 in the long course 100 meter back, taking down the 11-12 National Age Group Record with a blistering 59.98. Archive photo via Rose Bowl Aquatics

Head safety of our swimmers is top of mind for parents with the implementation of Concussion Protocol Training (CPT) across all states by major organizations.

Age group phenom Ronald Dalmacio was no joke at the Rose Bowl Aquatics April Fool’s Intrasquad. At 12 years of age, Dalmacio became the youngest swimmer to ever break 1:00 in the long course 100 meter back, taking down the 11-12 National Age Group Record with a blistering 59.98. That shaved over 3 tenths off the former NAG Record, which stood as a 1:00.33 done by Vinny Marciano in 2014.

Not quite sure if it’s youngest ever ever (ie. in the world) or youngest American?

How tall is he?

I think big part of the reason the youngsters are breaking age records more frequently is the fact they are much better than those kids 10-20 years ago in mastering the fifth stroke: start, turns and underwater.

Just imagine the sorts of times a 13-14 yo Mary T. or Kriztina had they swum with modern start, turn and underwater. Oh, and the tech suits.

Mary T. Would’ve been under 2:00 if she was swimming now.

True true true. Just watched that 2:05.96 race. She had no goggles and came up at the flags every single turn.

I think it’s kind of fun to play what if, but you have to let the legends of their time be legends and let the new up and comers also be the best. There will always be innovation, be it in suits, starting blocks, training methods, nutrition, etc. Champions always find a way to get to the top. Comparing across eras takes away from the accomplishments of the past and present.

And Mark Spitz would be 48 in the 100 fly, Don Schollander would be 1:40 in the 200 free, Dawn Fraser would have been 50.9 in the 100 free., etc etc. Fun to speculate, but legends are legends because they made the most of what was available at the time they competed.

Dawn Fraser did an open turn in 1964 and swam a 59, 100 meter freestyle. The Aussie movie about her life Dawn claim she was discovered by her coach in an salt water pool nearly beating one of the boys showing off how fast she was.

I bet Mary T would be slower today and on par with the rest of the women’s US 200 flyers. Her stroke would be different. All the kids these days are trying to dip their chest 18 inches underwater and cutting off the momentum of their arms on recovery and skimming them just over the surface rather than flinging them out the back and letting them relax on recovery.