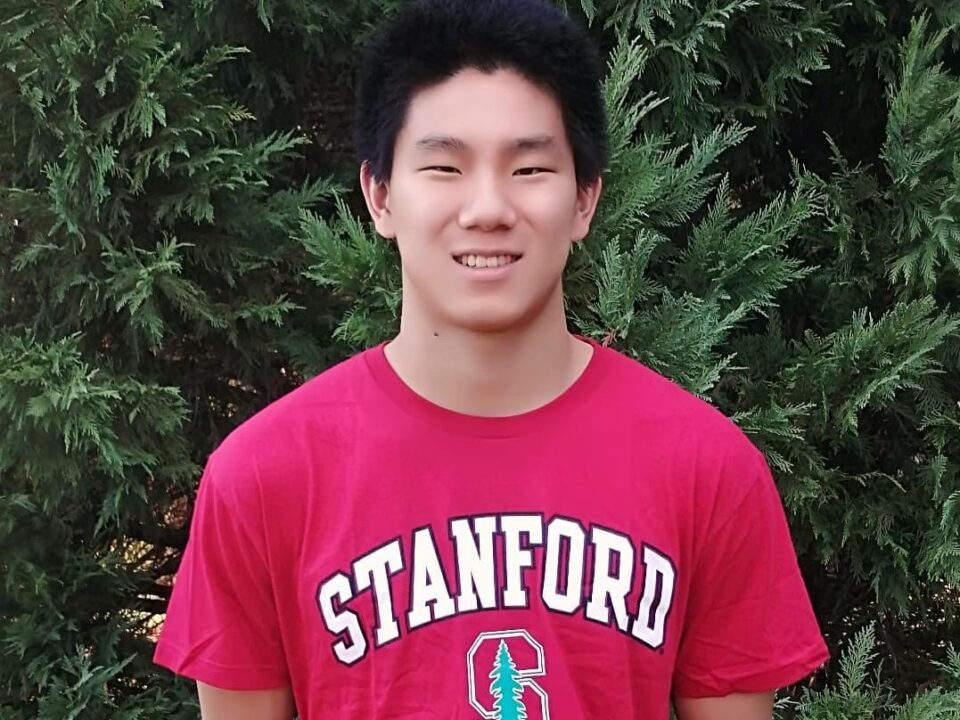 Zhier Fan from Plano, Texas has announced his intention to swim and study at Stanford University beginning next fall. A USA Swimming Scholastic All-American, he swims year-round with Metroplex Aquatics.

“I am excited to announce my verbal commitment to Stanford University. I would like to thank my coaches, friends, teammates, and family who helped me get here. Go Card! 🌲”

Fan ranks 11th on our list of top-20 recruits from the high school class of 2022. Fan’s verbal makes the Cardinal the only team to pull in four top-20 commitments; NC State and Texas each have three, while Virginia and Virginia Tech have two apiece. Fan will join a Stanford class of 2026 that also includes #2 Josh Zuchowski, #3 Liam Custer, #15 Andres Dupont Cabrera, and Henry Morrissey (“Best of the Rest”) and Rafael Gu (unranked). That’s a lot of firepower, and should conservatively rank Stanford as a top-4, possibly even top-3, recruiting class for 2022.

You people are pathetic. Let this young man enjoy his big moment.

Congratulations Zhier!
Fantastic 17 yr old sprint BR talent, that will immediately move the MR teams up the ranks at NCAAs, as well as points as individual.

If I’m not mistaken he picked up 2 medals at World Cup relays this month. He has a gold from Budapest, and a world Junior record for the winning Mixed Medley Relay. The 26 splits in 50m are awesome, and in BR sprint or IM he will make a difference

It takes a special category of pettiness to wish ill will on a kid who announces he’s going to the university with the lowest admission rate. He will join world-class athletes (Rose Zhang, for example) and students who will found companies, new inventions, and be captains of industry. Stanford changed my life, a kid from Oklahoma. You “haters” need to recalibrate your values. Robust rivalries are okay (but I always root for Cal when it plays another team than Stanford), but young people read these posts and must wonder what they’ve done wrong by their college choice.

Nahhhh we haven’t developed that “everything is a moral crisis” gene quite yet and still get that college rivalries are fun. I wasn’t offended by it. It’s not like they were making fun of my body or my face or my sexuality. Just silly college stuff. Perspective.

I have followed recruit posts for years. I have never seen anything like this. Maybe a lot of bridges were burned? His OT Wave 1 win speech: “yeah, what he said,” referring to the second placer. Hopefully Stanford can help him with that.

No one should read people’s post/responses for confirmation about their own life. The Swimswam comment section is for people with thick skin- it is full of haters, trolls, and agitators and some nice people too. I love Stanford – love it, but for anyone on this page who thinks that going to any school guarantees you anything in life in terms of swim speed, success, money, or happiness you don’t know anything about real life ish.

Congratulations!! Such an amazing accomplishment! Looking forward to seeing how Stanford improves with fabulous recruits and wonderful coaches.

I guess the Stanford haters arrived