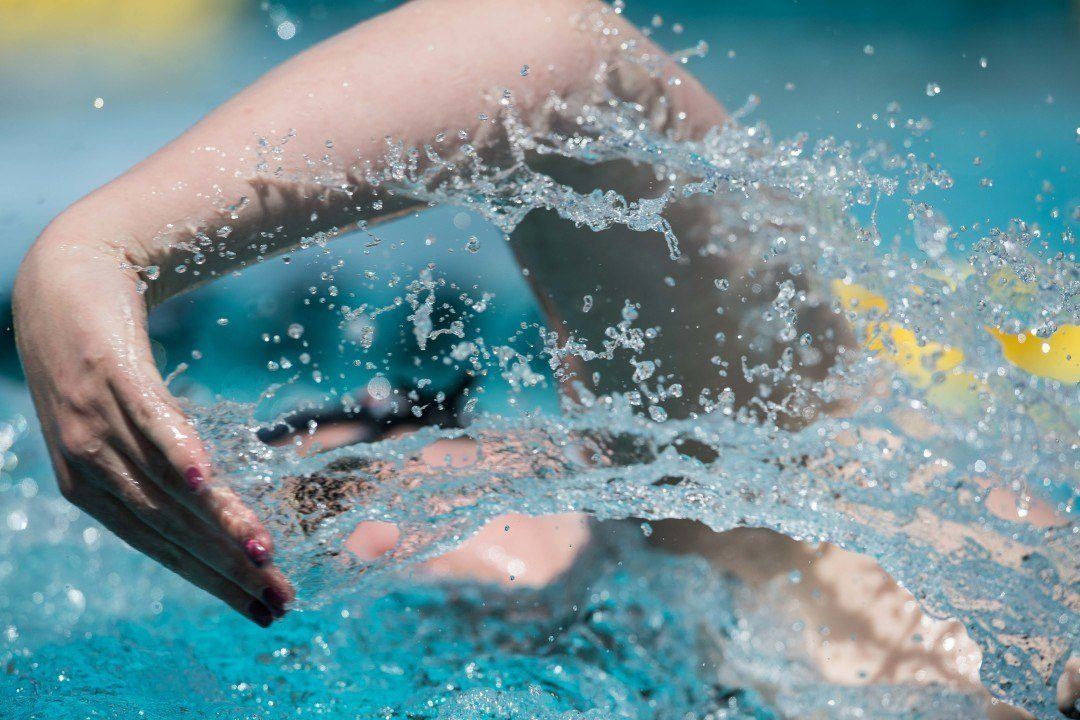 Larson and Edina were dominant, winning the meet by 61 points despite losing 30-some by disqualifying their medley relay out of prelims. Edina won the other two relays, finishing within a hair of state records in both.

Larson, a Texas commit competing in his first high school state meet for Edina, broke a pair of state all-time and class AA records. Both came in prelims. Larson went 19.97 to become the first Minnesota high schooler under 20 seconds in the 50 free. He broke the state record held by future University of Minnesota standout Michael Richards. The 17-year-old Larson also moves into USA Swimming’s top 100 all-time in the 50 free, tying for 99th.

Later in prelims, Larson would go 43.46 to break a 100 free state record set by current Virginia Cavalier Sam Schilling. Larson is now 50th in age group history in that event.

Edina also got another key win from senior Gray. His 1:37.68 won a thriller against Prior Lake’s Sean Dwyer (1:37.87) in the 200 free. That helped them outlast team runners-up Chanhassen-Chaska, who were second in both free relays in a very depth-based team effort.

The other individual standout was St. Louis Park sophomore Zheng, who won the 200 IM and 100 breast. Zheng destroyed the field with a big-league 29.93 breaststroke split in the IM, going 1:48.25 for the win. The 16-year-old now ranks 69th all-time on USA Swimming’s 15-16 age group rankings in that event. His big race, though, came in the 100 breast at the end of the meet. Zheng blasted a 53.86 to smash the state record and move to #12 all-time in USA Swimming 15-16 age group history.

Lakeville North senior Andrew Trepanier was another standout, though he was overshadowed some by Larson. Trepanier broke the 50 free state record in prelims with a 20.12, but only held it for a heat before Larson broke 20. Trepanier was second in the 50 and then used his speed to win a showdown with 200 free champ Gray in the 100 fly. Trepanier was 48.49 to Gray’s 48.95, getting a huge 22.05 front half.

The Lake Conference is ELITE!!!!!

Was at this very fast HS meet last weekend. Zheng and Larson are clearly the stars. Larson will join his brother JT at Texas and will excel in free and back events (he was a QT qualifier in 2BK). A quick search shows Zheng has constantly been the best breaststroker in the country among his peers. A national select camper at 15, Hayden is a humble young man respected by fellow swimmers, parents and coaches. In club swimming, he is coached by Kate Lundsten of the Aquajets. Great futures for these wonderful young men.

Aquajet club swimmers were consistently at or near the top of each event. Best club in Minnesota!

Can echo Hayden being a humble young man respected by his fellow swimmers – my 10th grader, who competes against him, will attest.

Here is the live stream link. I think it’s still good. The BR is near the end. https://www.prepspotlight.tv/MSHSL/GameStream