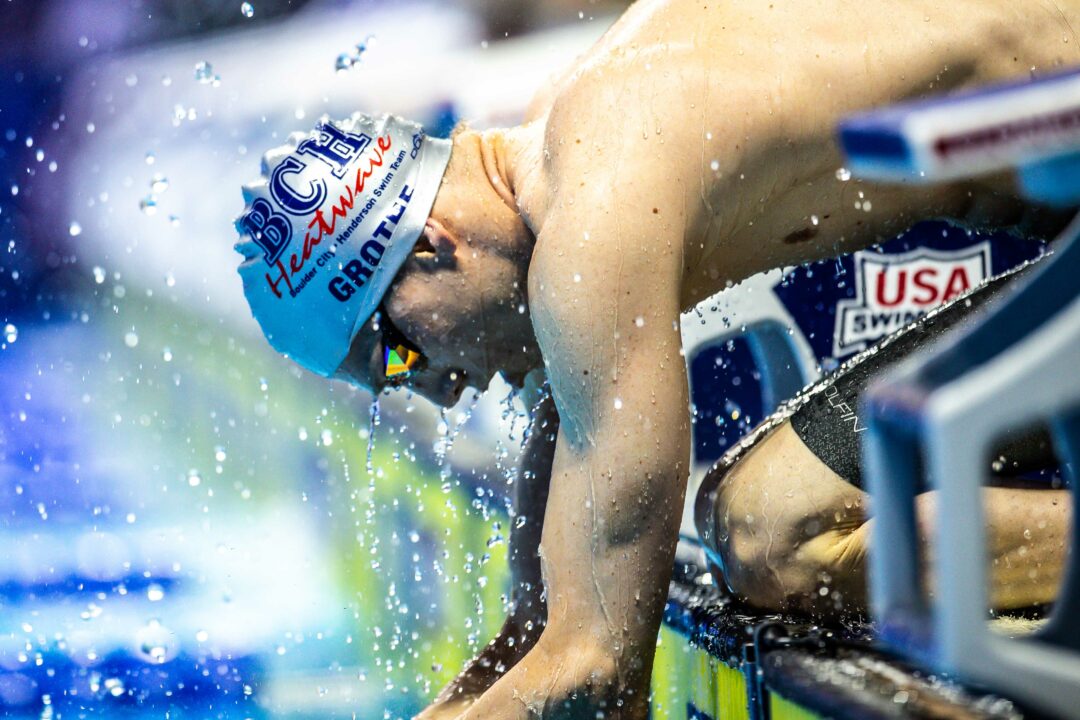 A big relay leg by Tonner Debeer, added to a pair of individual wins, helped boost the Vanderbilt Commodores to an 8-point win over mid-major power FGCU.

U.S. Open Record holder and 2018 Pan Pacs gold medalist Zane Grothe has joined the swimming coaching staff at Auburn as a volunteer assistant. The new position will bring him back to the school where he swam as a collegiate athlete from 2010 through 2014 before moving to Bloomington, Indiana to train with the post-graduate group at Indiana University.

While at Auburn, Grothe was a two-time SEC Champion and a 12-time All-American, finishing in the top 5 of the 1650 free at the NCAA Championships three times. He graduated from Auburn as the school record holder in the 500 free, 1000 free, and 1650 free, and still holds the record in the latter two events.

After his Auburn career, Grothe went on to have national and international success. He broke the American and U.S. Open (the fastest time ever) in both the 500 and 1650 freestyles at the 2017 USA Winter National Championships.

Grothe stumbled at the Tokyo 2020 Olympic Trials, missing finals and best times in all of his events:

He still almost took a back-door onto the Olympic Team when only one swimmer in the Olympic Trials final hit the FINA “A” cut, but Jake Mitchell took advantage of a second chance to join the team.

Grothe is currently a member of the DC Trident in the International Swimming League. He swam at the first three of the team’s five regular season meets, averaging just under 14 MVP points/match. His total scoring ranks him tied for 177th in the league this season. The DC Trident advanced to the playoff round, which starts in November in Eindhoven, but it remains unclear if Grothe will rejoin the team after missing the last two meets of their regular season.

Grothe said during the Tokyo Trials that his plan was to train through until the 2024 Olympic year before retiring. Grothe will be 32 by the time the 2024 Olympics begin.

Grothe is now the 3rd Auburn alum on the team’s coaching staff under first year head coach Ryan Wochomurka. Wochomurka himself is an Auburn alum, and so is assistant coach Gideon Luow.

Michael Licon, brother of US National Teamer Will Licon, is also a volunteer assistant on the team.

Grothe is one of a number of high-profile American swimmers to have been named as volunteer assistants at top-25 college swimming programs in the last few weeks. The University of Florida has named Olympian Katie Ledecky as a volunteer, while Minnesota has named Olympian Bowe Becker as a volunteer. Ledecky is the only of those three who are joining a staff at a school other than their alma mater.

Zane,
Please instill a Championship Work Ethic in the Tigers.

Not sure if Zane would be the one to do that. Probably more like how to break the American record at the mid year meet and then bomb and conference and NCAAs.

Work ethic wasn’t an issue the past few years.

Who is the distance coach at Auburn?

It’s important to know that Zane is back at Auburn to work on his masters in Aerospace engineering. I’m sure he hopes to have an impact on the program that he enjoyed being a part of as well as continuing his evolution as an elite swimmer but I wouldn’t equate this move with some of the other ones happening.

I found out that Zane Grothe was into rockets on his you tube story. So, after finishing up Auburn in grad work he can head out to Huntsville with the aerospace companies there or any other place in the US.

So swimming or not swimming? Just coaching? Getting a masters in aeronautical engineering?

I’ve met Zane before- a standup guy. Wish him nothing but the best. He did a nice job with Indiana.

What great news! He has a great work ethic. Good luck Zane!

Trying to stay in that great college atmosphere of their college days. Go for it if you can. I would too.