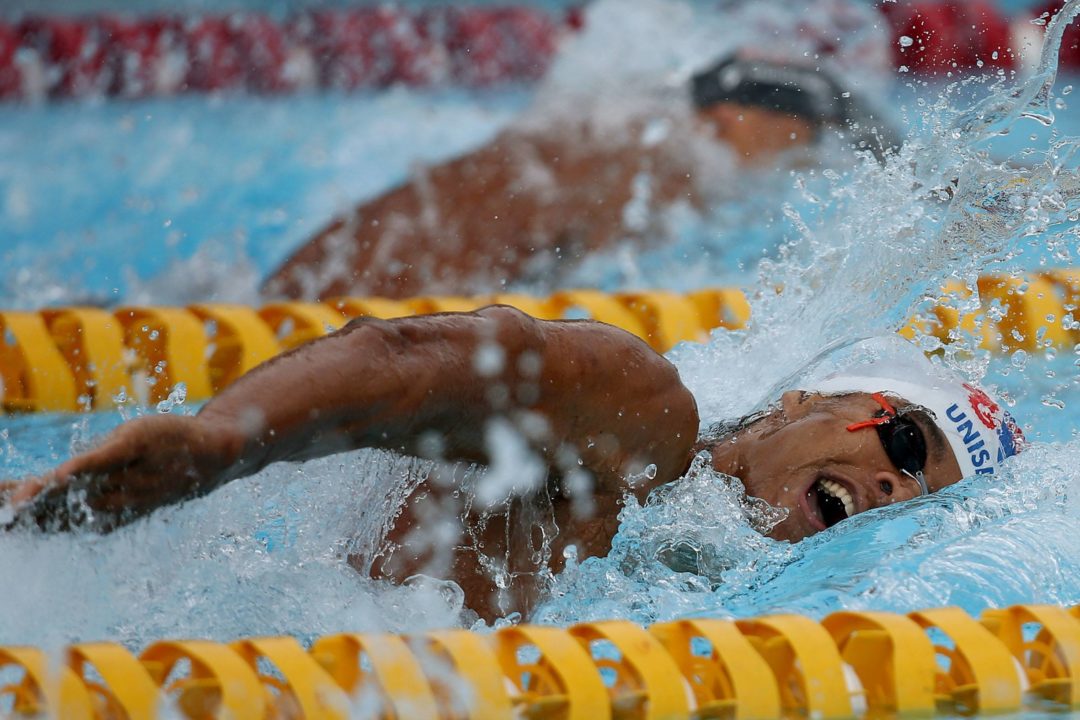 Yu Hexin and Matheus Santana put up identical times of 50.15 in the prelims of the boys 100 freestyle in Nanjing... Current photo via Satiro Sodre/SS Press

The 50 freestyle and 100 freestyle junior world record holders are be heading into the semi-finals of the boys 100 freestyle as the top two seeds after posting the identical times. Yu Hexin of China and Matheus Santana of Brazil both cruised through the first round of the 100 freestyle finishing in a time of 50.15. Both are surly focused on saving their best efforts tomorrow evening’s final where the two will most likely go head to head with the opportunity to break Santana’s junior mark of 48.35.

Russian Rozaliya Nasretdinova was the top qualifier in the girls 50 freestyle posting a time of 25.00. Nastretdinova is swimming at the top of her game taking the 50 butterfly in a new junior world record earlier in the competition. Her prelim time in the 50 freestyle is only five one-hundredths of a second off of her junior world record of 24.95 which she set in May. Ami Matsuo of Australia put up the second fastest time of the morning finishing in a time of 25.50.

Siobhan Bernadette Haughey of Hong Kong and Qui Yuhan of China, the silver and bronze medalist from the 100 freestyle both moved on to this evening’s semi-final. Haughey touched in a time of 25.87 while Qiu recorded a 25.57.

Maximilian Pilger of Germany, who won the silver in the 100 breaststroke, squeaked into the semi-final with the 15th fastest time of 29.01.