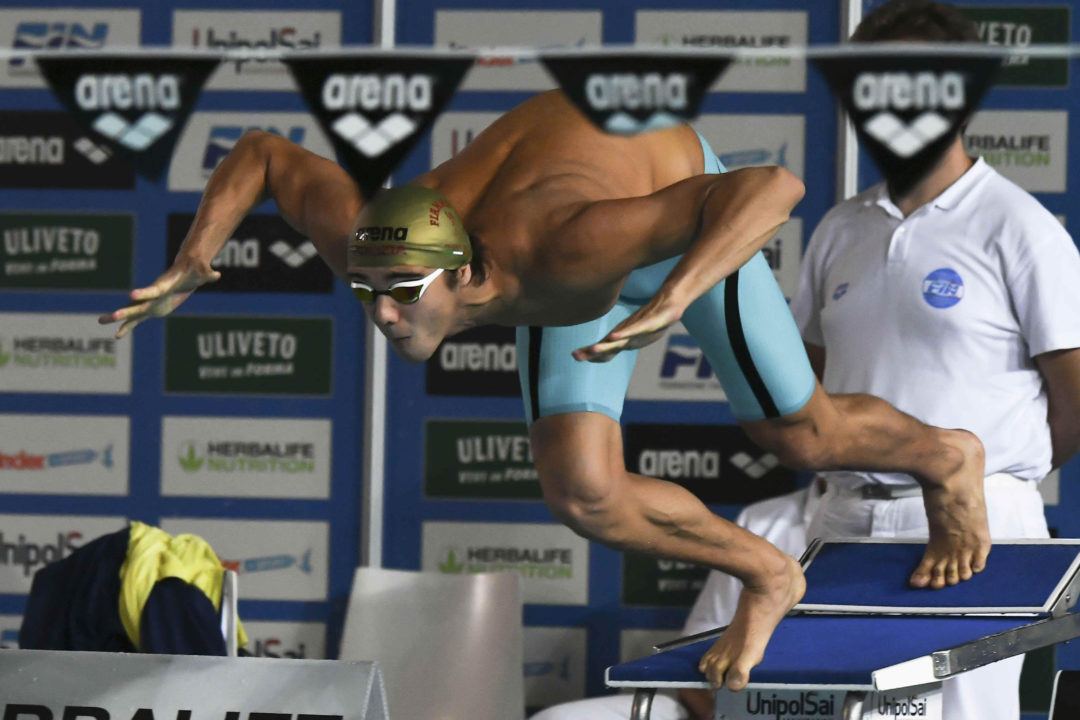 The 52nd edition of the Geneva International Challenge Meet is set for this weekend, with several key international swimmers set to compete. Last year’s meet saw a large French contingency take on the multi-national competition, while this year’s will play host to several Club des swimmers of Marseille (CNM) athletes. Mehdy Metella, Melanie Henique, Clement Mignon and Oussama Sahnoune are just a few of the French contenders vying for meet titles across the 3-day affair.

Sahnoune, who represents Algeria internationally, had a particularly good 2018, having won the 100m freestyle gold medal at the Mediterranean Games in Tarragona, Spain. The 26-year-old earned a time of 48.00 to notch a new Algerian National Record, while also taking silver in the 50m free in 21.96.

Youth Olympic Games breakout star Thomas Ceccon of Italy will make his presence known in Geneva on multiple occasion, having entered in the 50m/100m free, 100m fly, 200m IM and 100m back. Ceccon ranks as the top seed in both the 100m back and 50m free.

Another young Italian in Northwestern University-bound Federico Burdisso is also listed as competing this weekend, taking on the 50m/100m/200m fly, 50m/100m free and 200m IM.

Swiss athlete Jeremy Desplanches will lead the men’s 200m IM field and is also set to contest the 200m back.

A small Scottish contingency is also set to take the stage, with Kathryn Goodburn, Jasmin Smith, Ellie Reilly and Rosie Morgan among the women and Ryan Robertson, Iain Lovie, Stephen Clegg and Mark Ford among the men. All are members of either Scottish Swimming’s National Senior Squad or National Youth Squad.

Don’t forget Emma Russell (15) from Heart of Midlothian ASC will also be there representing Scottish Swimming, bronze medalist in the 200 freestyle at this event last year!!!