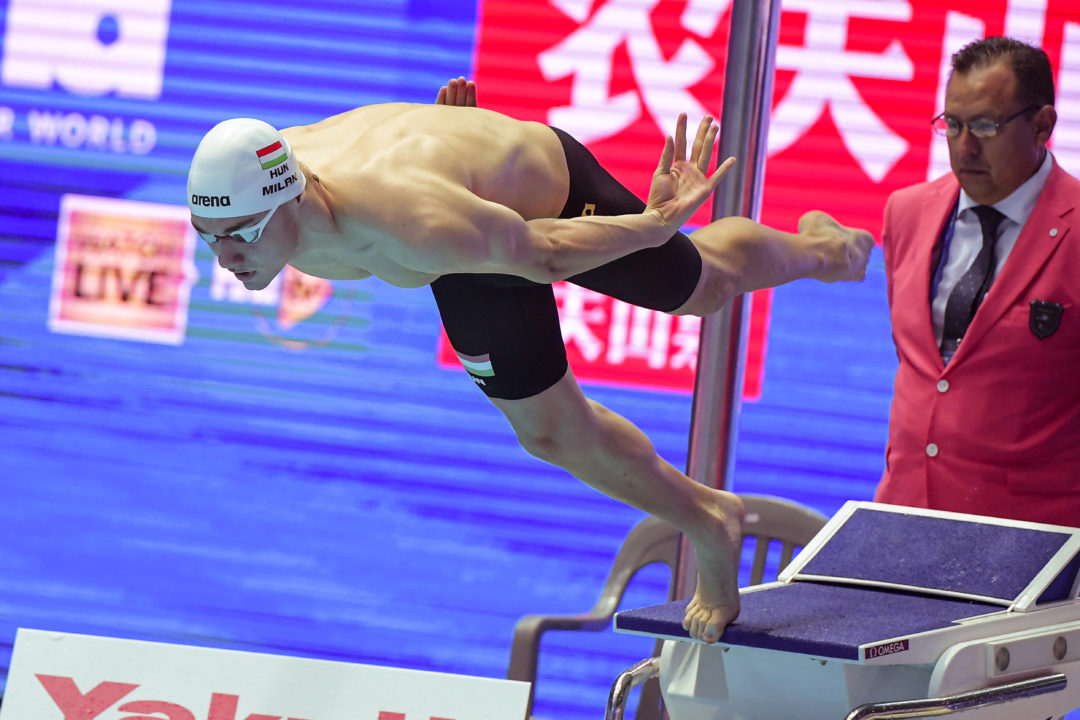 20-year-old world record holder Kristof Milak was back in action on day 2 of the 4 Nations Meet taking place in his home country of Hungary. After snagging 100m fly gold last night in a time of 51.14, the 4th fastest time of his career, Milak doubled up with a 200m fly victory in a speedy 1:55.01.

Milak established the new men’s 200m fly world record en route to gold at last year’s FINA World Aquatic Championships in Gwangju. His winning time of 1:50.73 downed a legendary record held by American Michael Phelps of 1:51.51 that had been on the books since 2009.

Milak’s 1:55.01 time this evening would have rendered the Hungarian as the 6th place finisher in that Gwangju race.

Milak raced at the FFBN Open in February of this year, pre-coronavirus pandemic, where he produced a time of 1:59.03. Prior to that, the man put up a mark of 1:53.75 at the FINA World Cup in November, a time which situates him as the 2nd fastest man in the world in the current world rankings, behind short course world record holder Daiya Seto of Japan.

A full day 2 recap will be published shortly.

He needs to refocus and get the same desire for excellence in the 200 butterfly again. Otherwise he is definetly gonna be beat by Seto and maybe Urlando

Not Urlando but maybe Seto. I see Seto going around 1:52.0 which I can see Milak going slower than if he has a bad race.

A respectable swim considering the circumstances.