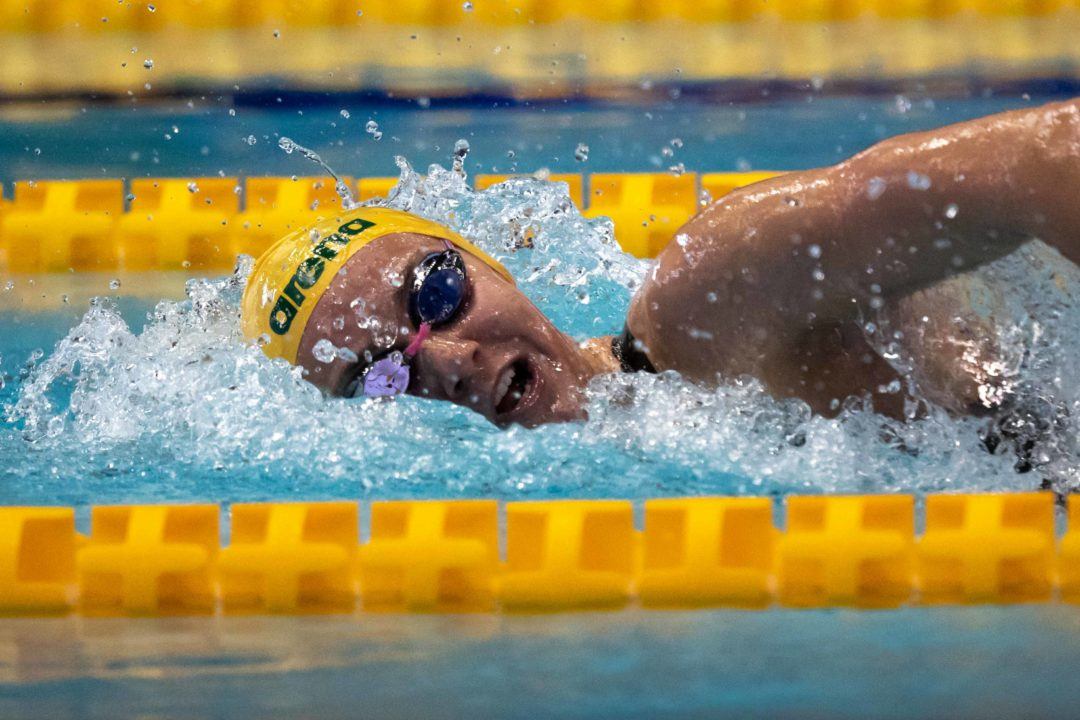 World Championships gold medalist Ariarne Titmus has been nominated for one of the most prestigious sporting awards, the Don Award, presented by the Sport Australia Hall of Fame.

The award is widely regarded as Australia’s leading contemporary sporting award and is named in honour of Australian sporting legend and first Sport Australia Hall of Fame Inductee, Sir Donald Bradman. The honor is bestowed upon Australian athlete or team who, by their achievements and example over the last 12 months, are considered to have had the capacity to most inspire the nation.

19-year-old Titmus achieved Australian legend status when she defeated American Katie Ledecky in the women’s 400m freestyle at this year’s World Championships. Conquering Ledecky with a winning time of 3:58.76 to the American’s 3:59.97 in Gwangju, Titmus became the only woman to have ever beaten Ledecky in a distance event at a major international competition.

The award will be handed out this Thursday, October 10th at the 35th Induction and Awards Gala Dinner in Melbourne.

Titmus said of her nomination, “I swim because I love it, and representing our country is an honour I hold very high.

“As little as two years ago, I never thought I would be in this position nominated alongside some of Australia’s greatest athletes. To me, being nominated for the Don Award means that not only am I doing myself and my family proud, I am inspiring the people of Australia which completely humbles me.

“Sir Donald Bradman pushed the boundaries in the game of cricket and has since inspired generations of athletes and sport lovers. For this award to be named after him, I believe he is arguably Australia’s greatest sporting hero. His achievements will continue to inspire our country for many, many years.”

“Ariarne’s performances this year have been incredible, and she should be immensely proud to be nominated in the company of some of Australia’s most inspiring sporting stories and athletes of 2019.”

I don’t think Ariarne will win it. It’ll probably go to Ash Barty.

I wish Ms Titmus all the very best with her nomination but can’t help feeling a loss of trust for Swimming Australia at the present time. I fear that they have lost their way under the current administration and change is needed. I would have liked to have seen a talent such as hers recognised under fresh blood.