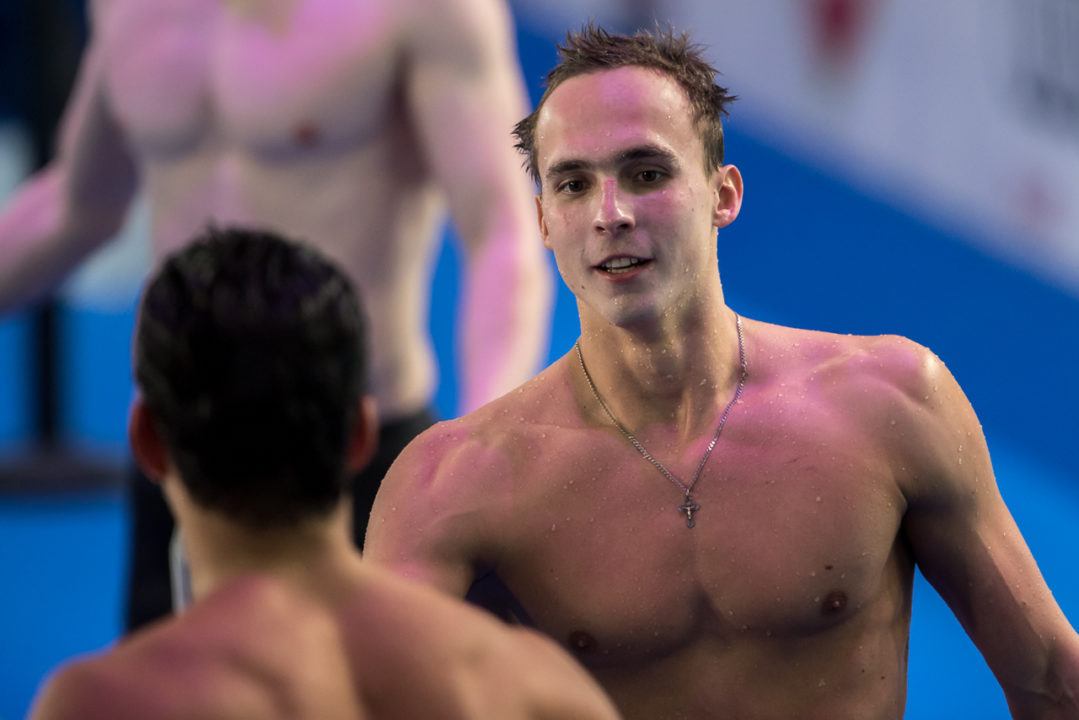 Chupkov appears to be the first swimmer to publicly commit to the new series, which was announced in December amid FINA’s attempt to block the International Swim League, which has a similar format. RSport also reported that Russian stars Kliment Kolesnikov and Evgeny Rylov have not ruled out the competitions.

The Champions Series is a long course, 3-leg competition with athletes participating on an invite-only basis, and will include a team scoring format. The first leg will be in Guangzhou, China, April 27 to 28, 2019. The second meet is scheduled for two weeks later, May 11-12, in Budapest, Hungary. The third meet will be in the United States, scheduled for May 31-June 1 in Indianapolis at the IUPUI Natatorium.

Critics of the FINA series (specifically, the World Swimming Coaches Association) were quick to point out that it entails a demanding travel schedule for athletes.

FINA sent invites to 45 male swimmers from 15 different countries, and to 37 female swimmers from 17 different countries. The list of individual athlete invitees has not been made public, but FINA says it includes Rio 2016 Olympic medalists, Budapest 2017 World Championships medallists, World Record holders, and leaders of the 2018 FINA World Swimming Ranking. Chupkov was the 200 breast bronze medalist in Rio and is the reigning world champion in the same event.

The competition will lack longer distance events, with each meet including timed finals of just 50, 100, and 200m races in freestyle, backstroke, breaststroke, and butterfly, as well as a 400 free and a 200 IM. FINA will dish out nearly $4 million in prize money across the series, making it the richest swimming event in the organization’s history, and FINA will also cover athletes’ travel costs and provide them with appearance money.

You’d have to be mad not to with the money on offer.