The final poll of last year’s 2017-18 season left Madison West and Monona Grove on top of their respective divisional rankings.

Madison West is starting off the season in first place with 669 points followed by Verona Area-Mount Horeb with 448 and Sun Prairie with 442. Just behind Sun Prairie is Beloit Memorial with 433 and Hudson with 406. 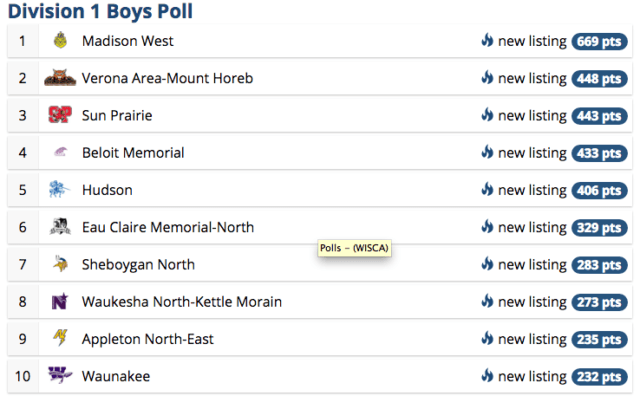 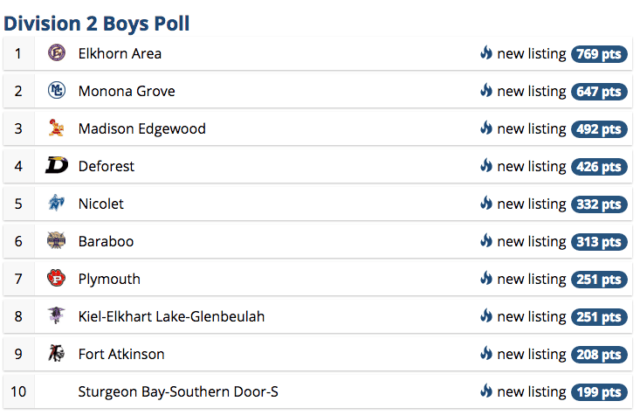