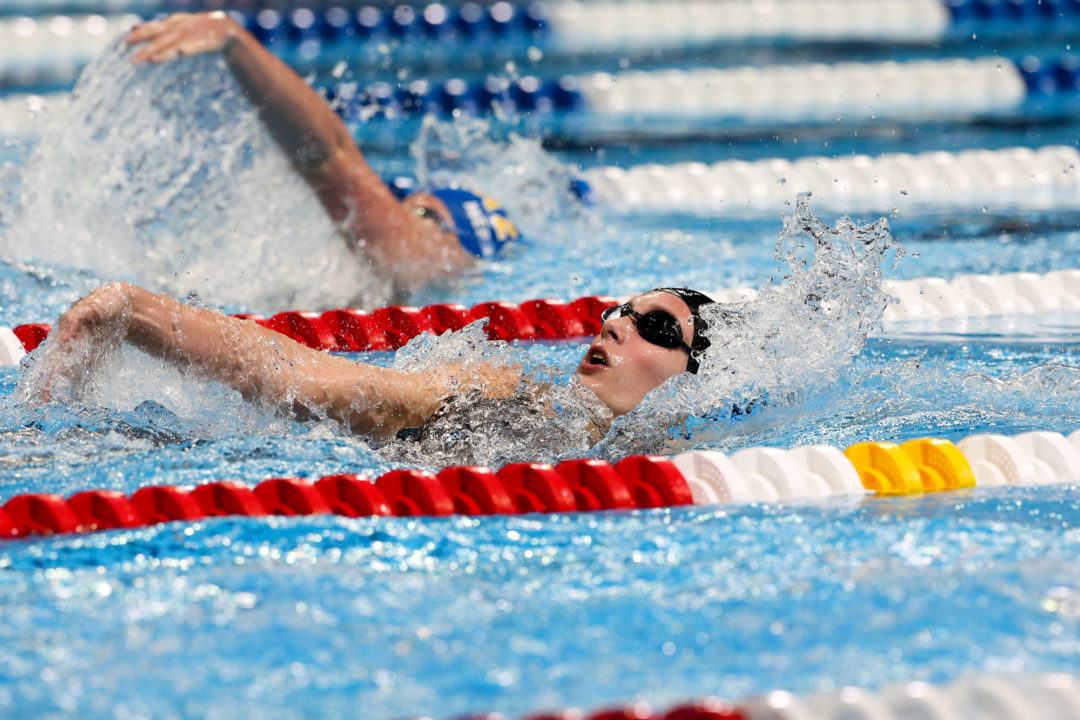 Alex Walsh has scratched tonight's 100 free B final, which allows her sister, Gretchen, to avoid a swim-off against Paige Hedrick. Current photo via Tim Binning/TheSwimPictures.com

Summer swim leagues around the country are moving to SwimTopia for their league, team and meet management software needs.

Olympic Trials Wave II qualifier Macky Hodges has made a verbal commitment to the nearby University of Southern California for 2023-24.

National age group record fiend Alex Walsh of Nashville Aquatics, fresh off a 100 breast 15-16 NAG record yesterday, has scratched out of the B final of the girls’ 100 freestyle. With that scratch, her sister Gretchen Walsh and Paige Hetrick get to avoid a swim-off, after tying for 16th with 50.52 this morning. Alex’s scratch also brings Gator Swim Club’s Kaitlyn Cronin up into the C final.

Ross Dant of Hickory Foundation scratched the boys’ 200 back B final after posting 1:47.70 this morning, which bumps Caleb Mauldin of Old Dominion up to the B final (1:48.14), and Braeden Leach of Memphis Thunder up to the C final. John Sampson, who tied with Mauldin this morning, is now the top seed of the C final.

Central Jersey’s Kathryn Petrone and Marlins of Raleigh’s Madison Homovich have dropped the B final of the girls’ 200 fly, allowing Katherine Trace of Upper Arlington and Carissa Armijo of Tennessee to bump up. Riley Gaines of Excel and Elizabeth Vannote are now in the C final.