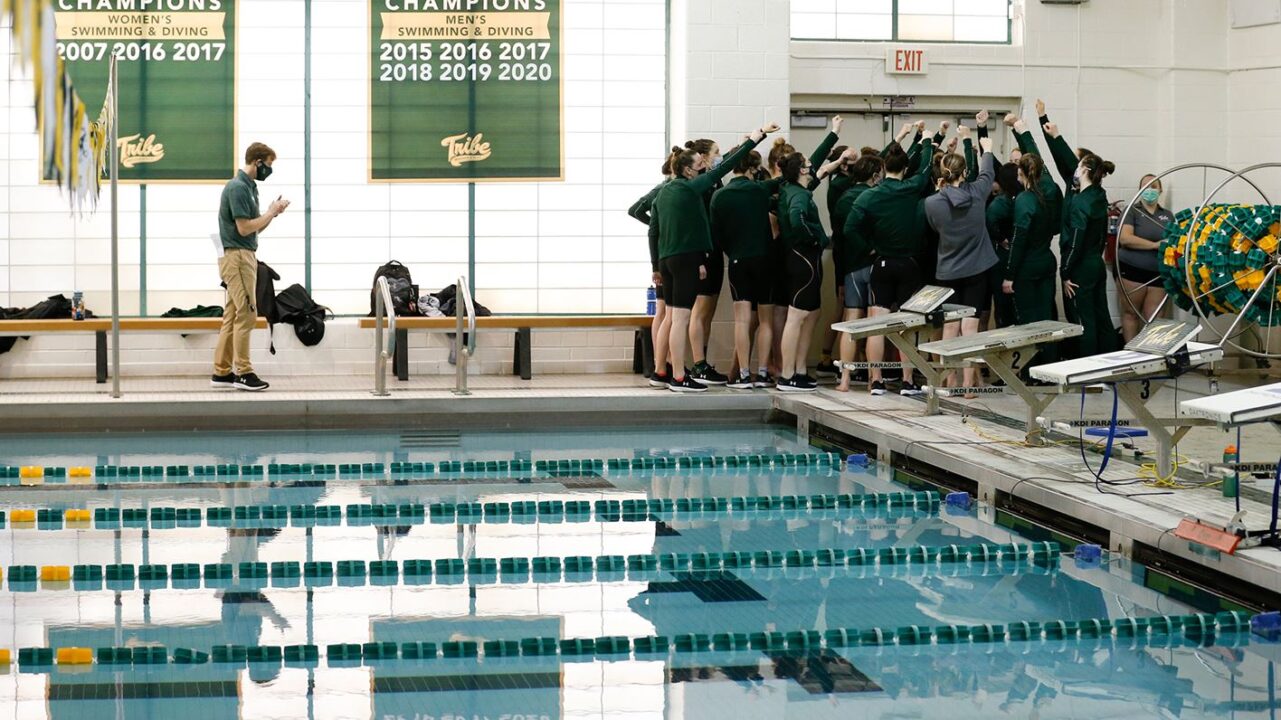 WILLIAMSBURG, VA. – William & Mary’s women’s swimming coach Nate Kellogg has announced the signing of 10 newcomers that will join the Tribe this fall. The class features five swimmers from Virginia with other student-athletes representing New Jersey, Ohio, Pennsylvania, and Texas.

Caroline Burgeson comes to the Tribe from Arlington, Virginia and is an impressive sprinter. Burgerson’s top times include a 23.61 in the 50 free, 51.79 in the 100 free, and a time of 56.23 in the 100 back. The Yorktown High School product was a four-year letter-winner and captain, helping her team to four district championships and twice earning top-five individual state finishes.

Hailing from Fairview, Texas is Emmerson Dingwerth. The freestyle specialist has times of 53.13 in the 100 and 1:53.19 in the 200 free. The four-year letter-winner was named to the All-State team in 2021 and qualified for the state meet all four years of high school. Dingwerth holds Lovejoy High School records in the 100 free, 200 free relay, and 200 medley relay.

Lauren Klinefelter is one of two newcomers to come to Williamsburg from Ohio. The New Albany product specializes in the fly and has top times of 55.57 in the 100, 2:00.97 in the 200 fly to go with a 2:06.71 IM mark. Klinefelter was a four-time All-MSL selection in high school and was named the 2022 Swimmer of the Year. She was a 2022 Central District runner up and was All-Ohio in at least one event in each of her four years at Columbus Academy.

Erin Langenburg is a back and fly swimmer that comes to William & Mary from Powhatan, Va. Langenburg enters college with top times of 55.24 in the 100 fly and 2:02.48 in the 200. She has a 57.79 100 back mark and swims 2:02.89 in the 200 to go with times of 2:05.07 and 4:27.38 in the 200 and 400 individual medley events. Langenburg helped The Steward School to a pair of state championships and holds the VISAA DII Championship record for the 100 fly. She was named the VISAA DII Championship Swimmer of the Meet as a senior and was an all-state selection in the 100 fly all four years of high school. Her sister Allison is also a collegiate swimmer, competing at the Air Force Academy.

Taylor Stockard is an Ohio product that specializes in the individual medley. Stockard holds a top time of 2:07.57 in the 200 and 4:31.96 in the 400 medley. Stockard also has a 56.92 time in the 100 fly. The two-time Magnificat High School Most Outstanding Athlete was a four-time OHSAA state qualifier in the 200 IM and won the Northwest District Championship as a senior. Stockard competed at the Speedo Winter Junior Nationals as the fly leg of the 200 and 400 medley relays.

Mary is looking strong. William on the other hand …

Some nice talent in this class. Go Tribe!