What’s going on down there? Open water swimming events in Australia and New Zealand 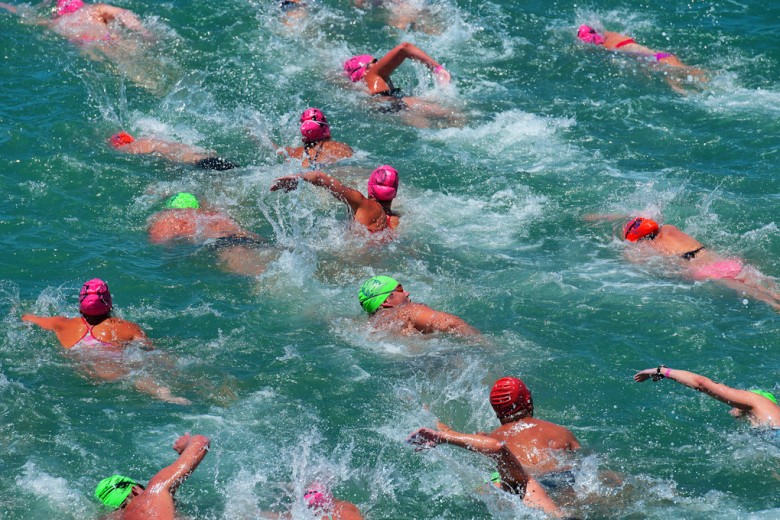 It may be hard for some in the northern hemisphere to imagine, but it’s time to hit the open ocean... Stock photo via Mike Lewis/Ola Vista Photography

It may be hard for some in the northern hemisphere to imagine, but it’s time to hit the open ocean down in Australia and New Zealand with several open water events on the calendar.  This weekend there’s a few good events in New South Whales including the 14th Island Challenge at Coogee Beach in Sydney. In 2012 there were over 1,400 swimmers taking part in this event’s three swims: the 2.4 km around Wedding Cake Island, a 1 km swim and and 800 meter swim for kids. This year the event will feature Australian open water great Chloe McCardel who’s record some of the fastest swims in the English Channel and made an attempt at the Cuba to Florida swim earlier this year.  A good resource for Australian ocean swims can be found here.

If you have an opportunity to go and swim down in Australia and New Zealand take it.  The Aussies and the Kiwis have a unique passion for the ocean and for swimming.  Add on to that amazing beaches, super fun events and some of the most accommodating hosts in the world and you’ll for sure have an experience of a lifetime.

I thought the 300 meter sprint was the most popular distance for open water in Australia.