#1 Recruit in Class of 2014, Caeleb Dressel, Commits to Florida 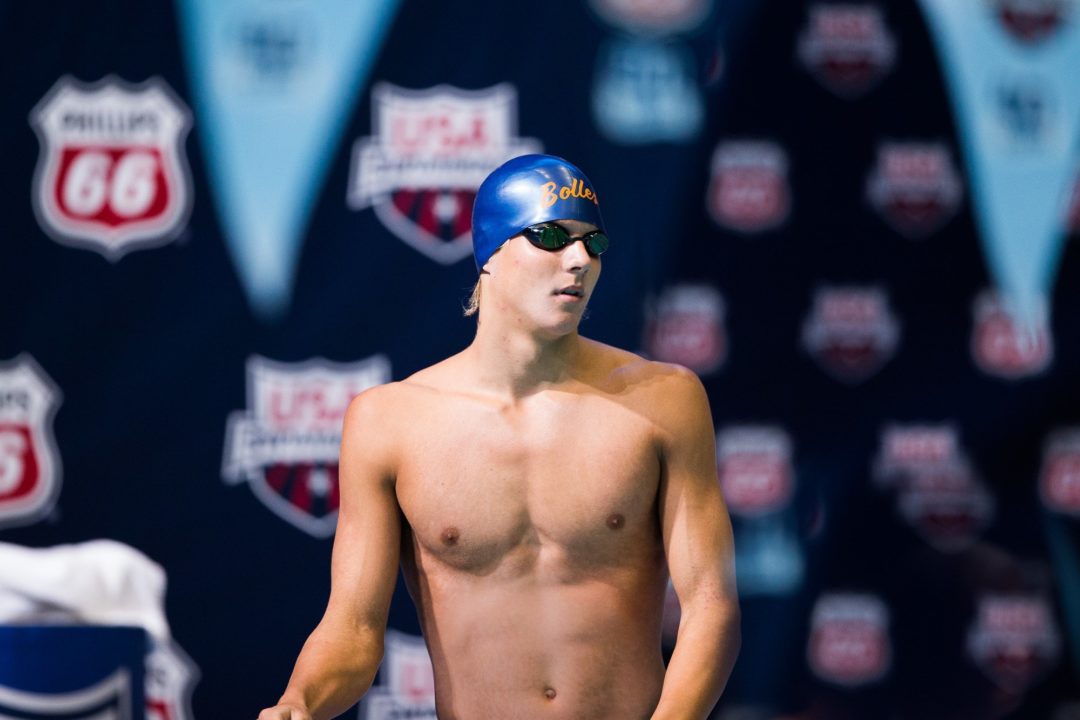 Caeleb Dressel of the Bolles School Sharks and Clay High School in Jacksonville, Florida has committed to the University of...

Caeleb Dressel of the Bolles School Sharks and Clay High School in Jacksonville, Florida has committed to the University of Florida, he told us Tuesday.

He holds 7 National Age Group Records, including 3 for 17-18’s: a group he only moved into at the end of the summer.

Dressel finished 3rd at this summer’s Junior World Championships in the 50 free and was the Junior World Champion in the 100 free (breaking a new Championship Record in the process). He’s the top recruit in the class overall, and by event ranks first in the 50 free, 100 free, 200 free, and second in the 100 yard fly. Only his fellow Bolles club swimmer Joe Schooling beats him in that event – they’ve broken the public (Dressel) and private (Schooling) National High School Records this season.

Florida was a bit of a late-comer to the party for Dressel, as they were his final visit this past weekend. He has family ties to the school, as his dad went there. Dressel will be needed to replace the Gators’ outgoing sprint star Brad deBorde; deBorde’s success and improvements in four years there had to have been a factor in Dressel’s decision.

I guess this was an ok decision eh

Imagine if Dressel went to Tennessee

If you’re reading this downvote me please

Terrible decision. He will never be a good sprinter training at Florida!!! -sarcasm

Was going to say this is scary accurate, then checked that it was two years ago. Oops

The bottom line is Dressel will be a great swimmer no matter where he goes. He is a talented young man who has not yet fully developed as a swimmer. He has much potential and competing at the D1 college level brings out the inner beast in such swimmers like Dressel.

However, the debate is how good will be truly be….?

Personally I believe that if he genuinely is excited & 100% set on being a Florida gator and training under WHATEVER conditions the UF regime may bring him, then he will succeed to his full potential. Just keep in mind- just because he isn’t a “distance” swimmer, or technically IMER, does not mean he will be exempt… Read more »