What Ryan Lochte Got Right… 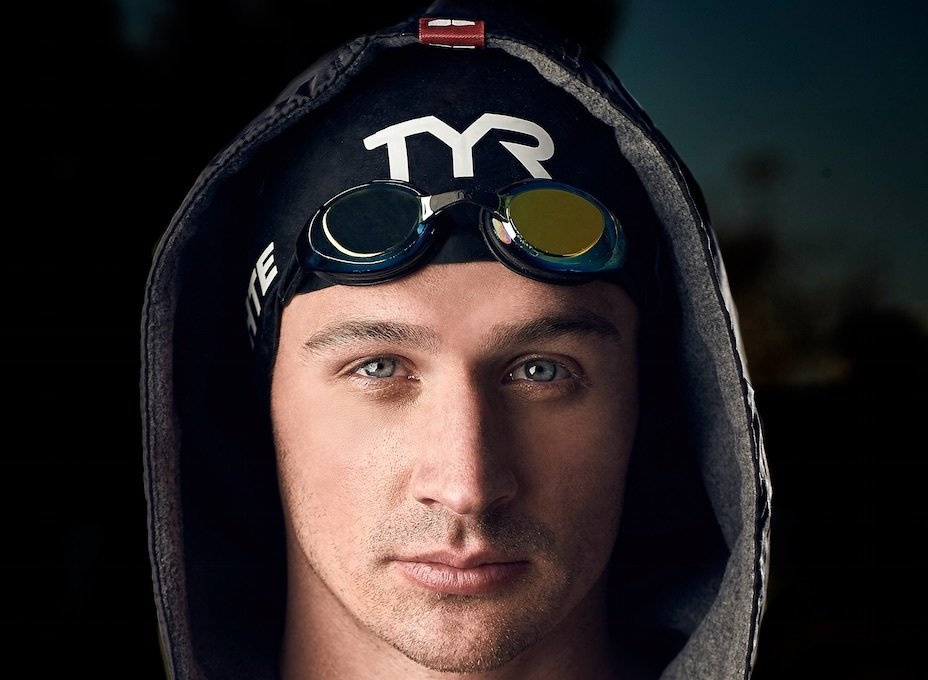 Over the past few years, we’ve seen more and more of Ryan Lochte in the news. Asides from being a multiple Olympic medalist, Ryan’s hit major headlines for some good, some bad, and some very interesting decisions.

Tom Shields Breaks Down “Up and Down” Butterfly Showing in Atlanta

If you don’t like the career you’re in, you might want to work in the swimming community and be a part of our swimming family! Go here to see 3089 Swim Jobs.

Natalie Hinds dropped best times in both the 100 fly (58.6) and 100 free (54.2) at the Atlanta Classic this weekend and is feeling good about Olympic Trials

Ryan Murphy Describes Why He Enjoys the Roller Coaster of Taper

Ryan Murphy took the 100 and 200 backstrokes easily this weekend in Atlanta, logging times of 52.9 and 1:56.1, a good spot for him heading into taper

Over the past few years, we’ve seen more and more of Ryan Lochte in the news. Asides from being a multiple Olympic medalist, Ryan’s hit major headlines for some good, some bad, and some very interesting decisions. Asides from all the lifestyle drama that seems to surround Ryan, we can definitely agree on one thing—he was the first to attempt dolphin kicking on his back doing Freestyle and IM races.

When Ryan first started executing the dolphin kick on his back, it caused an uproar in the swimming community—as the problem was, there was no rule against it. Ryan was working within a gray area.

To his credit (and his coaches), a lot of GREAT swimmers have pushed the boundaries when it comes to swimming. For example, you have Kosuke Kitijama, who started dolphin kicking during his Breaststroke pullouts (before it was legal). You have David Berkoff, who stayed underwater for more than 25m (on both laps) during his 100m backstroke at the 1988 Olympic games. And there’s plenty more stories like that to name.

So actually what Ryan did wasn’t entirely out of the ordinary, he was hoping to get faster and find that competitive edge within the current rulebook’s stipulations.

As a stroke technique expert, I immediately was drawn to Ryan’s decision and wanted to learn more about WHY dolphin kicking on your back is FASTER than on your stomach. Here’s what I’ve found:

When you look at the “down-kick” versus the “up-kick” while kicking on your back, the “up-kick” is more powerful due to the availability and firing of the quadriceps muscle. With this, when swimmers up-kick—they generate a LOT of force, but they are also pushing against gravity—which weakens this portion of the kick.

On the flip side during the “down-kick”, swimmers generates less power (as the hamstrings don’t generate as much force production), BUT this portion of the kick is aided by gravity—as the motion of the kick is in the same direction as the gravitational pull. By combining the use of gravity with the less powerful “down-kick”, it allows swimmers to generate more force and even out the force disparity between the two kicking motions.

Some swimmers are even available to generate more acceleration due to the help from gravity—making their “down-kicks” more efficient compared to their “up-kicks”.

When swimmers are on their stomachs, they don’t see the same benefit—as gravity helps make the “down-kick” even stronger and resists the weaker “up-kick”–providing an even larger force production disparity.

Kicking on Your Back ALLOWS Your Torso to REST on Your Spine.

When you put swimmers on their backs, their soft tissues (skin, muscles, ligaments, and tendons) sit against their spines—due to gravity.

If you flip swimmers over to their stomachs, all that soft tissue is now HANGING off their spines. What this does is changes swimmers’ body alignment and adds more drag. This increase in drag only affects swimmers when on their stomachs, and not on their backs!

When swimmers are kicking on their fronts or backs, they cause surface water disturbances—which create small air disturbances. Obviously, kicking the air doesn’t help swimmers move forward, so we want to avoid that at all costs.

When you look at this pertaining to swimmers kicking on their back, we already discussed that swimmers are capable of making their “down-kick” portion of their dolphin kick FASTER by use of gravity. What is good about this is the “down-kick” motion is when swimmers are kicking AWAY from the surface. Whereas, on your stomach, the weaker “up-kick” is already resisting gravity and when the feet get near the surface it causes those disturbances. This not only further depletes the availability to generate speed during the “up-kick” motion, but it creates an even LARGER speed disparity.

In summary, it’s pretty evident WHY dolphin kicking on your back is FASTER. Not only do swimmers generate more force due to the help from gravity, they are also in better body position, and create less air disturbances while on their backs!

So while Ryan Lochte may have gotten a few things wrong over the past couple years, there is NO denying he got this right!

If you want more insightful resources like this check out a special offering from RITTER Sports Performance – it’s our top-level and most popular courses and resources over the past few years all in one great deal – The Vault.

This is only available from Black Friday through Cyber Monday so don’t miss out!

I’m an NC State All-American and Olympic trials qualifier that swam for Coach Don Easterling in the early 1980s. Coach Easterling required us freestylers to dolphin kick on our backs off all of our walls through the backstroke flags. I did this the years that I was an NCAA All-American. Maybe this was before social media, YouTube, swim swam, and no one noticed.

I agree with you: a lot of swimmers were doing it before RL.

thank you for your service

If he deserved it he would have won. I’m all for Hansen he was a great swimmer but maybe him winning just wasn’t meant to be

well yeah, when someone cheats and gets away with it you tend to lose if you follow the rules

Let’s apply this logic to other sports controversies and see if it makes sense…*clears throat* Lance Armstrong used performance enhancing drugs to help win the Tour de France 7 times, but if other cyclists deserved to win hen they would have done so…it just must not have been meant to be fore those other cyclists…you can use that type of logic to justify somebody “winning” anything regardless of the existing rules. Insert Barry Bonds name and you get the same thing.

He didn’t blatantly break rules. The rule left a gray area, the body dolphin. Just like the other innovators, he pushed the boundaries and in doing so revolutionized the pullout.

That was no “body dolphin”! I saw the uw camera live and I remember thinking that he definitely did an illegal dolphin kick. He bent his knees and everything.

One thing about kicking out on your that I don’t like is that you have to continue to blow air out of your nose, causing more oxygen deprivation. But for elite swimmers I’m not sure if it matters.

I raced NCAAs next to Berkoff – and we did 99% of 100y back underwater, no 15-rule. My nose was (and is) too big to curl my upper lip under my nostrils. I hated wearing a nose clip, but it made all the difference.

Why didn’t you just turn your head, you goofy side breather.

In the NCAA is it 15m permitted underwater or 15 yards?

Who downvoted this? haha

You have to let just a liiiitle bit of water into your nostrils. It’s not comfortable at first – might need to use your upper lip to help plug your nose. But watch elite backstroke and you will not see them breathing out underwater.

Natalie Coughlin used to talk about the “upper lip curl” to prevent blowing all of your air out.

Just let the water go up your nose. Doesn’t hurt after the first wall.