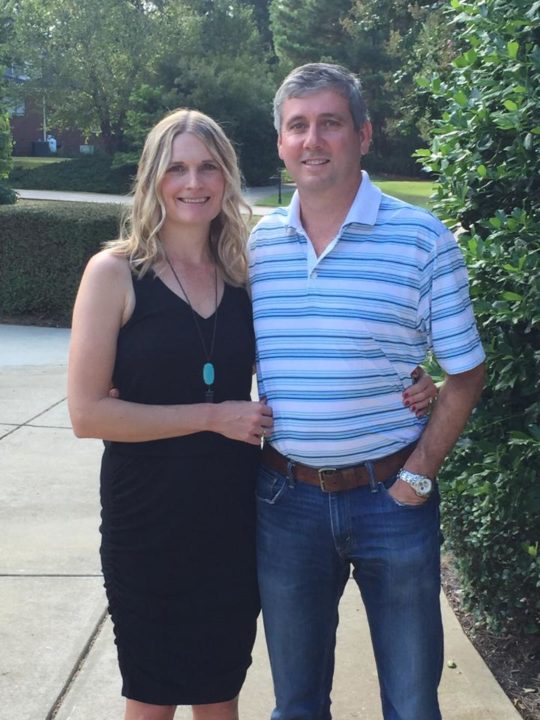 Big Blue Swim School was founded in Chicago, IL by U.S. National Champion swimmer Chris DeJong after coming in just behind Michael Phelps for qualifying for the U.S. Olympic team in 2004 and 2008.

“We are so thrilled to have Wayne and Linda as franchise partners. Not only do they bring an impressive level of business acumen but also a shared passion for helping kids,” said DeJong.

Wayne is currently Chief Financial Officer of Landmark Management Partners with a background in accounting and enterprise development. He was looking to diversify his portfolio with a franchising opportunity in the services sector, with a diverse client base and recurring revenue. Then he discovered Big Blue Swim School.

“When I started researching Big Blue Swim School, it met all of my qualifications and I felt that being involved with a school really resonated with my skill set,” said Wayne. “The Raleigh territory is ripe for opportunity with Big Blue Swim School.”

Raleigh’s high concentration of young families makes it a perfect fit for Big Blue. Given that it’s one of the fastest-growing cities in North Carolina and one of the top cities for millennials, Wayne feels the market is primed for a convenient and technology-driven swim instruction brand to take hold.

In 2017, private equity group Level 5 Capital Partners acquired a majority stake in Big Blue Swim School and began to grow the brand through franchising. This partnership largely influenced Wayne’s choice to invest. “I wanted to buy into this process because I really believe in the way that Chris Kenny, Managing Partner of Level 5 Capital Partners, is leading this organization.”

“They are passionate about unlocking children’s full potential and believe swimming is a fantastic vehicle to deliver on this,” said Thompson. “Their experience in operating schools in South Africa and the states—accompanied by Wayne’s background in accounting and enterprise development—makes this partnership invaluable for the brand.”

Big Blue Swim School was founded in 2009 by competitive swimmer Chris DeJong. The first location opened in Wilmette, followed by Niles, Buffalo Grove and Hoffman Estates. In 2017, Level 5 Capital Partners acquired a majority stake in the brand, and is rolling out an aggressive strategy to grow through franchising to 150 locations by 2021. Big Blue Swim School’s real estate footprint, proprietary technology Lesson Buddy™, coupled with its practice of employing full-time child engagement specialists that teach based on a proprietary distance-based swimming methodology sets Big Blue up for long-term success.