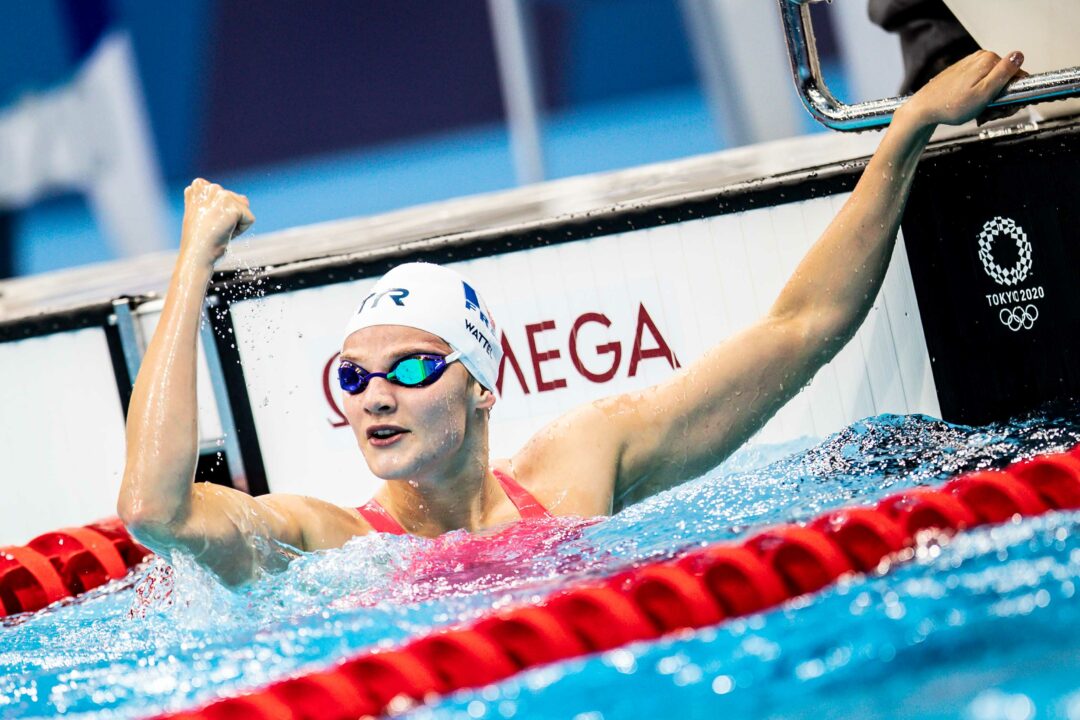 Beryl Gastaldello came close to claiming her third victory of these 2021 French Elite Winter Championships, however, Marie Wattel stepped up to deny the 26-year-old her place atop the podium.

Racing in the women’s 50m freestyle final here in Montpellier, Wattel got to the wall first, stopping the clock in a time of 24.74. Only .21 behind her was Gastaldello who registered 24.95 as the only other swimmer to delve under the 25-second threshold in the race.

For 24-year-old Wattel, she put up the 2nd best time of her career, with her 24.74 outing here sitting only behind her personal best of 24.54 from this past June.

Gastaldello’s time was also a near-best, coming in as the 3rd quickest performance of her career. The former Texas A&M Aggie’s lifetime best rests at the 24.87 she scored at this same meet last year.

On the opposite end of the distance spectrum, Russian ace Anastasia Kirpichnikova proved to be in a league of her own in the women’s 1500m free final. Reaping the victory in a mark of 15:59.15, Kirpichnikova claimed gold by nearly 30 seconds en route to posting the 4th quickest effort of her career.

21-year-old Kirpichnikova is nearing the conclusion of a highly successful year, one which saw the Russian snag triple gold at this year’s European Short Course Championships across the 400m, 800m and 1500m freestyle races.

Analia Pigree was the only swimmer under the minute mark in the women’s 100m backstroke, getting to the wall in 59.88. Runner-up status went to Canada’s Mary-Sophie Harvey who touched in 1:00.16.