Gastaldello Back In Action On Day 1 Of French Winter Championships 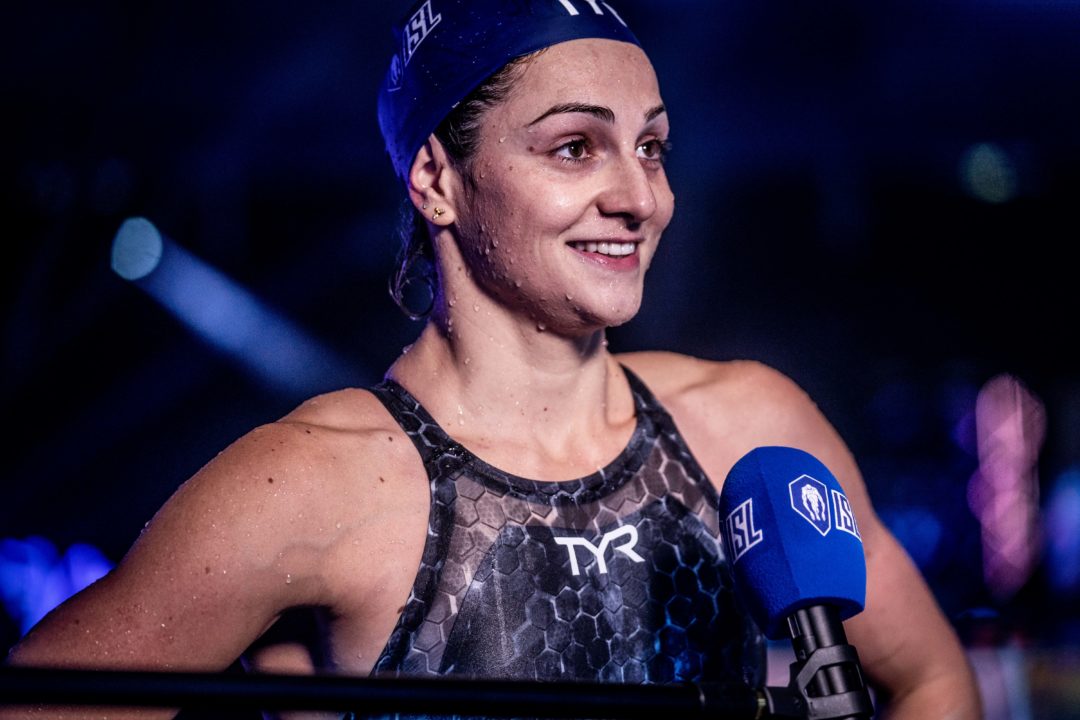 After having missed the ISL semi-final and final due to personal reasons, Beryl Gastaldello of the LA Current was the top 100m freestyle in her native France. Archive photo via Mine Kasapoglu for ISL

The 2021 French Elite Winter Championships got underway today from Montpellier with swimmers vying for spots on the 2022 FINA World Championships and 2022 European Championships rosters. Although the primary qualification meet is represented by April’s French Elite Championships, the results from this competition will also be taken into consideration for Fukuoka and Rome.

Beating the French Swimming Federation’s Fukuoka time standard of 28.22, Analia Pigree took the women’s 50m back gold tonight. Stopping the clock in 27.41, 20-year-old Pigree topped the podium by over a second.

After having missed the International Swimming League (ISL) semi-final and final due to personal reasons, former Texas A&M Aggie Beryl Gastaldello of the LA Current was today’s top 100m freestyler.

Gastaldello’s personal best in this long course 100 free rests at the 53.40 she registered at this same meet one year ago. The QT for Fukuoka is 54.25.