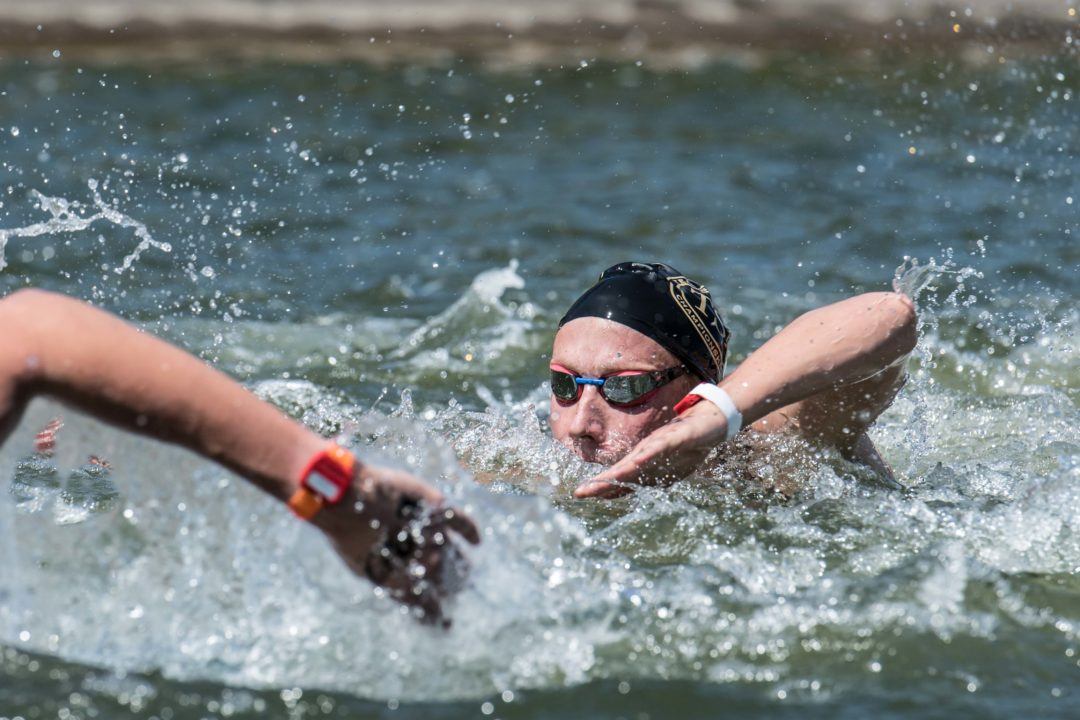 Below, check out both winner interviews and race finishes of the National 10K Open Water event held on Friday in Tempe, Arizona. The Junior National 5K took place on Saturday, and the majority of the national 10K competitors will be back in action on Sunday in the National 5K.

The winner of the women’s event was Ashley Twichell, who defended her title from 2017. Check out her post-race interview below:

For the men, it was Jordan Wilimovsky, who won his third national 10K title after also winning in 2015 and 2017. Check out his post-race interview below:

You can also check out the finish of both races below. Both Twichell and Wilimovsky won by a wide margin, but the race for 2nd in the men’s race was particularly close, even requiring a photo finish. In the end, the 2017 National 5K winner David Heron ultimately got the nod for 2nd place and the second spot on the Pan Pac team over Michael Brinegar.

You can check out full recaps of both races from yesterday for the women and for the men.

Fun stuff! Here’s a question I’ve had for a long time:
Why is open water swimming timed down to the 1/1000th of a second? Do they think that their finish touch pads are consistently sensitive and uniform throughout the entire surface? Pool swimming got rid 1/1000th second times 40 years ago.

I think that is right, YOPS. They can be more precise in measuring reactions to the same pad. In the pool, where each pad is separate, the margin of error is greater than what could be a result of random chance when measured at 1/1000 of a second (e.g. from a touchpad being a couple mm further from the wall for whatever reason).

It’s not the pads necessarily. Those are mainly there to verify that a swimmer completes a race more than anything. What gets it down to .001 is the cameras they have around the touch pad. They can replay finishes frame by frame to distinguish who touches first in a tight finish. I believe it was 2014 when Alex Meyer and Sean Ryan tied for 3rd in the 10k. Even down to .001 they couldn’t determine who touched first. It’s incredible how close these races actually are.