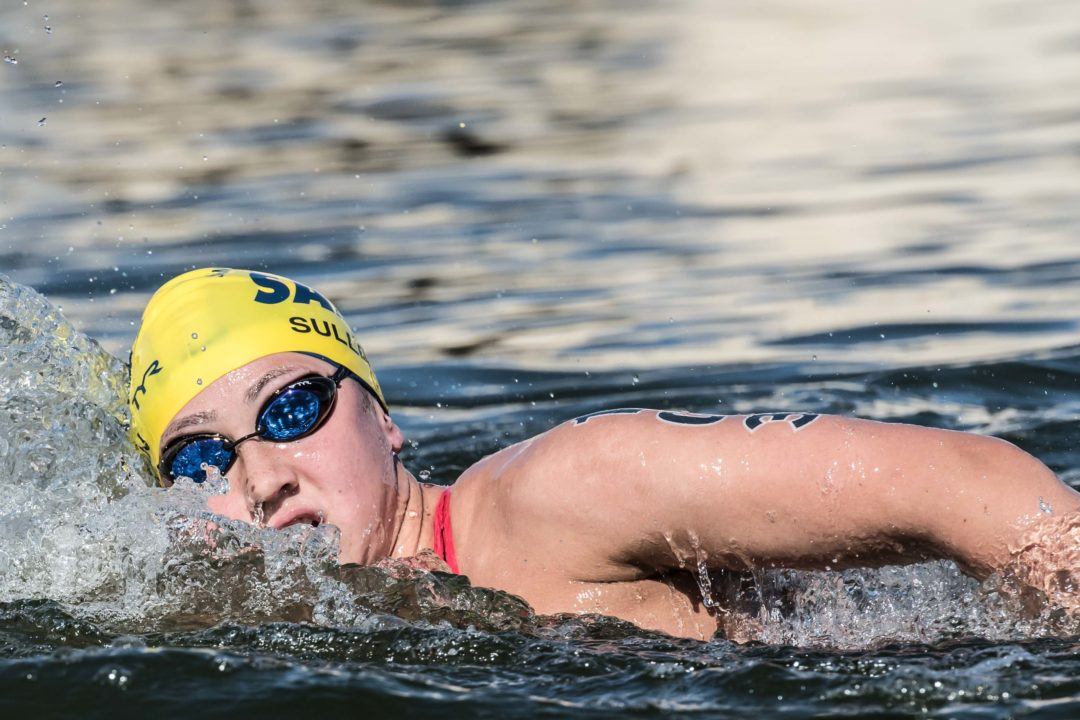 Erica Sullivan from the Sandpipers of Nevada followed up an impressive 3rd place finish in the Open Water National 10K on Friday with a national title in the 5K on Sunday, winning in impressive fashion as she led wire-to-wire. The 17-year-old, who won the Junior National 5K last year, opened up an early lead and maintained a 30 second advantage over the field heading into the final lap. She cruised to the victory in a time of 58:18.168.

On finding herself with a big lead early on in the race, Sullivan said “At that point in this sport you have to learn to adjust really quickly. As soon as I realized I was alone I just kind of switched gears a little bit and was like, ‘well, this is a new game plan let’s roll with it and see what happens'”.

Hannah Moore of the Wolfpack Elite locked down the runner-up spot in a time of 58:42.418, with youngster Mariah Denigan of the Northern KY Clippers 3rd in 58:53.438. That swim finished off a very impressive three days of competition for Denigan, just 14, as she placed 10th in the National 10K on Friday, won the Junior National 5K on Saturday, and then took 3rd here.

Full results of the women’s 5K can be found here.

Results have been added.