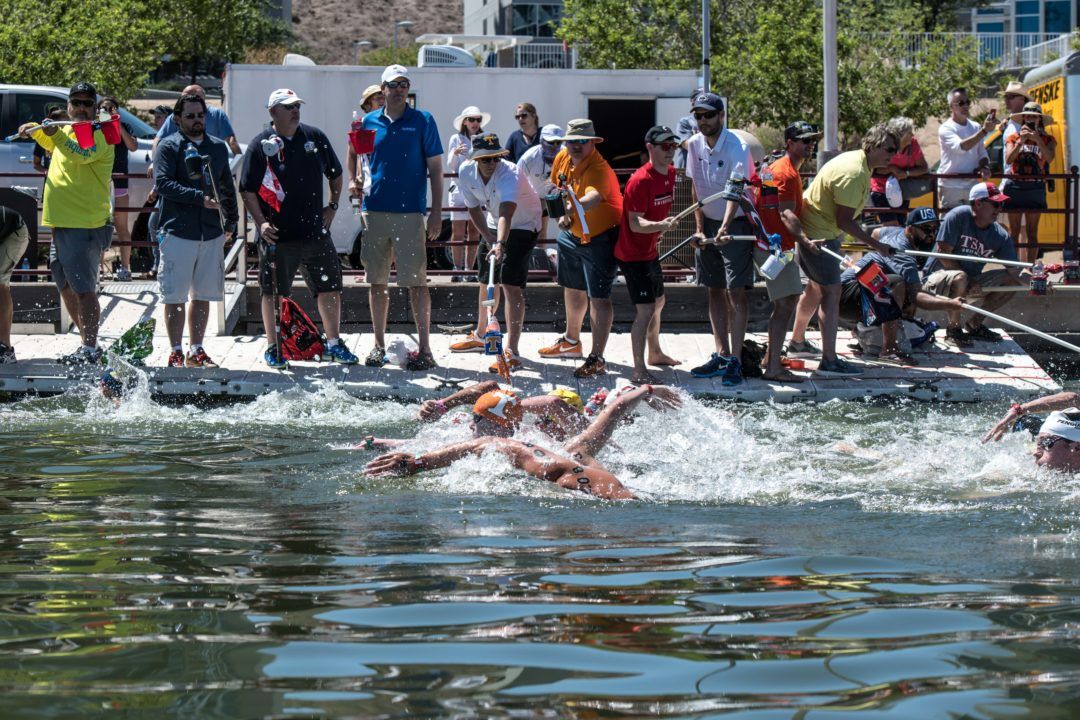 Chase Travis of Nation’s Capital and Ivan Puskovitch of Episcopal Academy each earned U.S. junior national titles on Sunday in the 7.5K race in Tempe, as swimmers aged 16 and 17 battled it out for spots on this summer’s World Junior Championship team.

In the girls race, Travis held the lead throughout most of the race, ultimately winning by ten seconds. She swam to a time of 1:36:02.779, with Leah DeGeorge of the Bolles School Sharks taking 2nd in 1:36:12.259. Both swimmers earn a spot on the World Junior team in the 7.5K.

On the race, Travis said “I had a different plan going in, but a lot of things happen in a race and you just adjust … My plan was to not be in the lead the first three laps and then take the lead the last two laps but that didn’t really turn out … I just felt better than expected.”

Liberty Williams of Riverside Aquatics placed 3rd, over two minutes back in 1:38:17.517. Full results for the girls race can be found here.

For the boys, Puskovitch opened up a lead heading into lap four of five and never relinquished it, winning by a similar margin as Travis. “I qualified to represent the U.S. at World Juniors two years ago in Amsterdam, Netherlands, so my main mission coming into this meet was to re-qualify. I really just wanted to make sure I could go represent Team USA again, and I’m just really proud that I have that opportunity.”

Ivans attack on the last lap was gutsy. I love seeing that prefontaine esque performances. Throwing in a massive Sprint and soloing for the entire last lap with a pack of 4-5 guys chasing you down. That was the sickest race of the weekend. Love Sprint finishes but I love more than that someone who races with tons of guts.

Congratulations Ivan, Chase and all the swimmers!