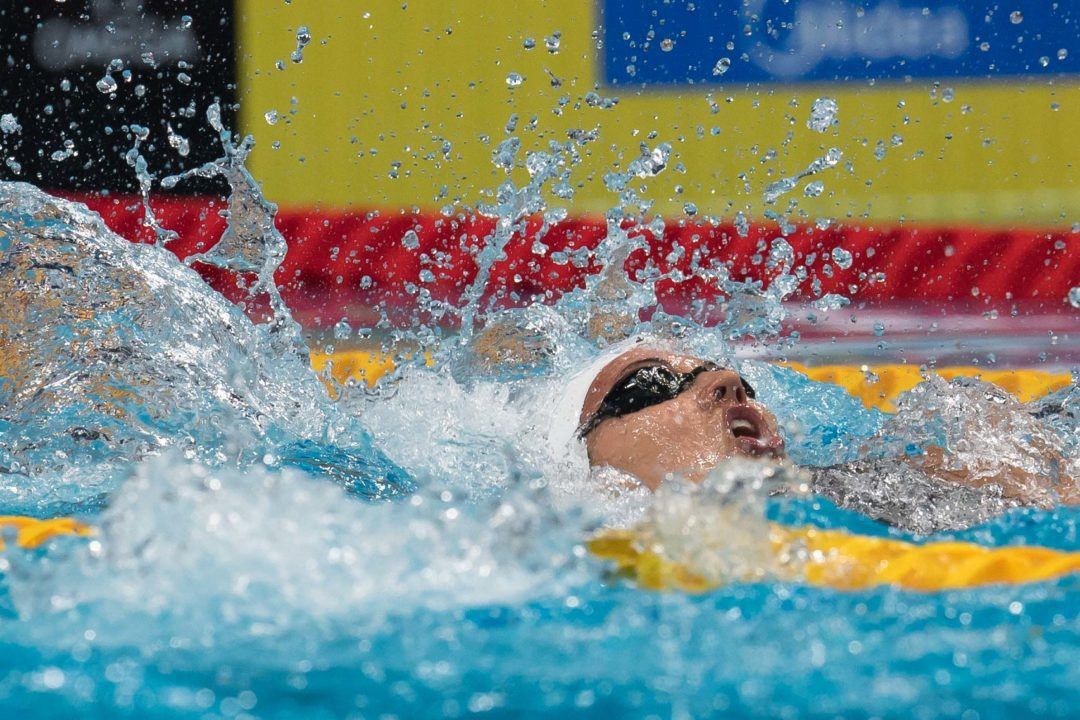 Kylie Masse of the Toronto Varsity Blues broke the SCM Canadian Record in the 50 back twice on Thursday at the U SPORTS Championships (Canadian University Championships) in Toronto, first in prelims (26.24), and then again in the final (26.15).

Below, check out a video of her preliminary swim:

After finishing as the runner-up in this event in her first year, Masse now has three consecutive Canadian University titles in the event. She also completed a career grand slam, four straight wins, in both the 50 and 100 back at the Ontario Championships a few weeks ago. She’ll seek a third consecutive Canadian title in the 100 back tonight, and look to challenge her national record of 56.02. She qualified 1st this morning in a time of 57.80, and will also likely swim on Toronto’s 4×200 free relay at finals.