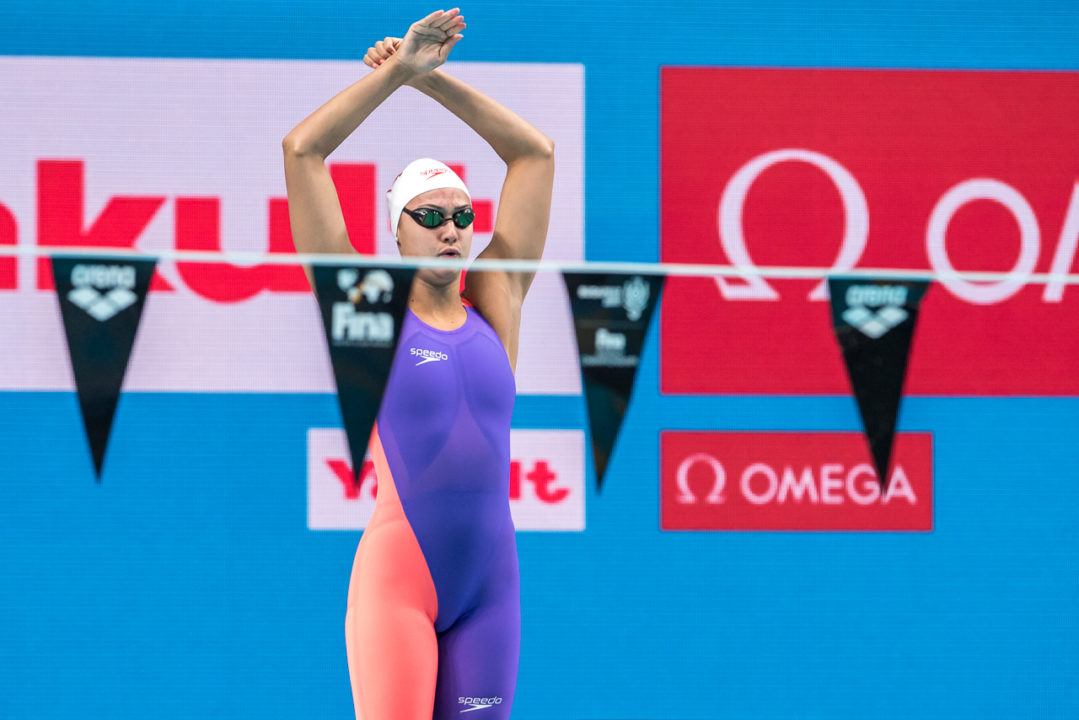 The first day of the 2018 U SPORTS Championships was the Kylie Masse show, as the reigning world champion broke two Canadian Records, won two individual golds, and added a relay silver.

After breaking the Canadian 50 back mark this morning in 26.24, the 22-year-old reset it again at finals, clocking 26.15. Just over half an hour later she was in the water for the 100 fly final, winning gold and breaking her own meet record from prelims in 57.52.

Victoria’s Danielle Hanus won silver in both events, posting times of 26.85 and 58.24 respectively.

On the men’s side Olympians Markus Thormeyer and Yuri Kisil of UBC clashed in the 200 free, with Thormeyer running down the defending champion and earning the win in 1:43.78 to Kisil’s 1:44.50.

The 100 breast was another exciting race, as three men got under the 1:00 barrier. Eli Wall of Toronto used a superb final 10 metres to overtake Western’s Matthew Loewen and take gold in 59.60. Loewen won silver in 59.78, and Sherbrooke’s Jonathan Naisby earned bronze in 59.91.

In the 400 free relays, the Montreal women were dominant thanks to a quick lead-off from Sandrine Mainville (52.99). Katerine Savard, who had a disappointing day with a 4th place finish in the 200 free and a 10th place finish in the 100 fly, anchored the relay which broke the National club record by .02 in 3:37.76. Toronto won silver, with Masse throwing down a 53.00 split, and UBC won bronze.

UBC leads both the men’s and women’s side in points after day 1, with the women already out ahead of Toronto by over 100 points. The most surprising placing comes on the men’s side, where Calgary leads Toronto by 6.5 points in the race for 2nd.