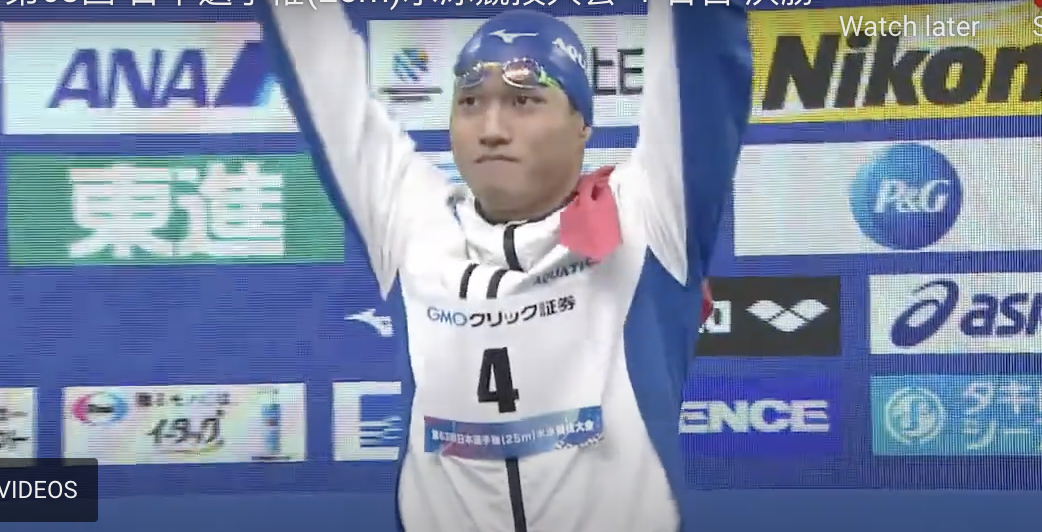 Yuya Hinomoto fired off a new Japanese national record of 55.77 in the men's SCM 100 breast. Watch how it happened in Tokyo here. Current photo via JASF

A Japanese national record went down on day 1 of these Japanese Short Course Championships, with Yuya Hinomoto posting a super quick mark of 55.77 to take the men’s 100m breaststroke.

After establishing himself as the top-seeded swimmer with a morning swim of 56.37, Hinomoto busted out the fastest swim of his life, and the first sub-56 effort of his career, to beat out veteran Olympian Yasuhiro Koseki.

With his performance here, Hinomoto now ranks as the 5th fastest man ever in the SCM 100 breaststroke event, sitting just less than half a second away from Belarusian Ilya Shymanovich’s World Record of 55.34.

If the Tokyo Olympics were held in any of the winter months, Japan would probably come away with double the hardware that they ended up with in August. Not saying Hinomoto would’ve gone 58-low for bronze, but from what I’ve seen, Japanese swimmers are only truly on fire from like November-January. Gotta figure daddy Daiya, Koseki, Matsumoto, Ikari, or any of their dozens of 2:08 breaststrokers could’ve grabbed medals with their in-season form.