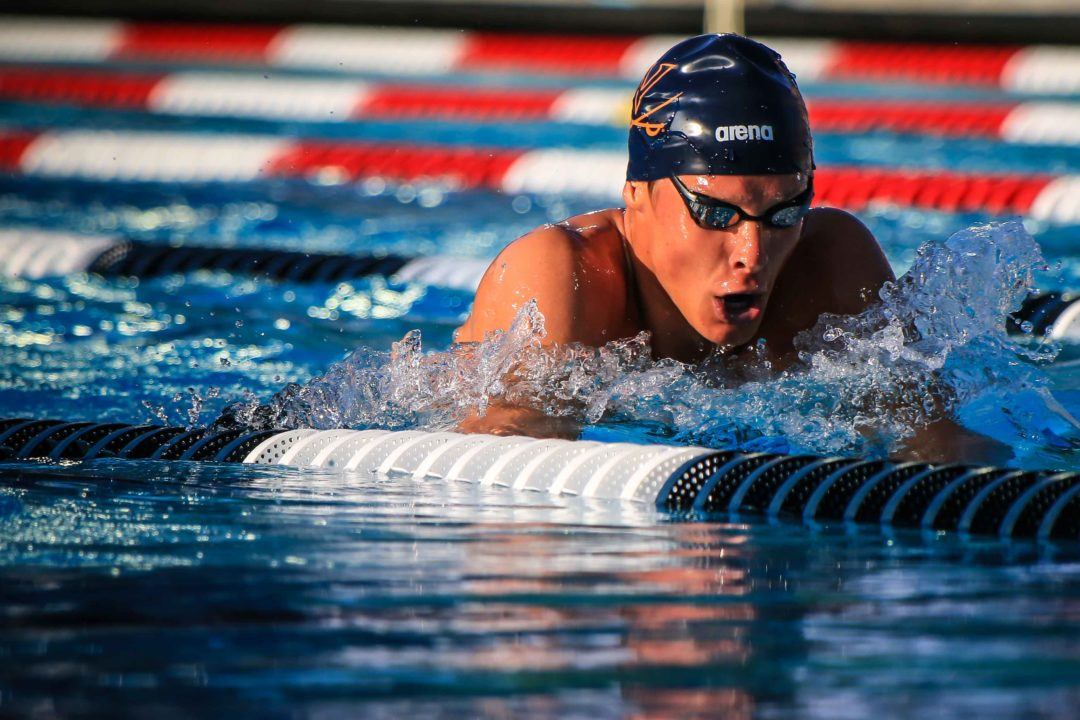 Alabama's Nicholas Perera, the first alternate, has been called up in his spot. Archive photo via Jack Spitser/Spitser Photography

Virginia sophomore Robby Giller has been scratched out of the NCAA Championship psych sheets as of a new version posted late in the day on Thursday. Alabama’s Nicholas Perera has been called up to the championship in his stead.

Now Virginia has 11 individual swimmers invited to NCAAs, while Alabama has 4.

At least 1, and probably 2, more scratches are expected when the maxed-out Texas Longhorns add their divers to their roster.

You can see the new, updated psych sheets here.