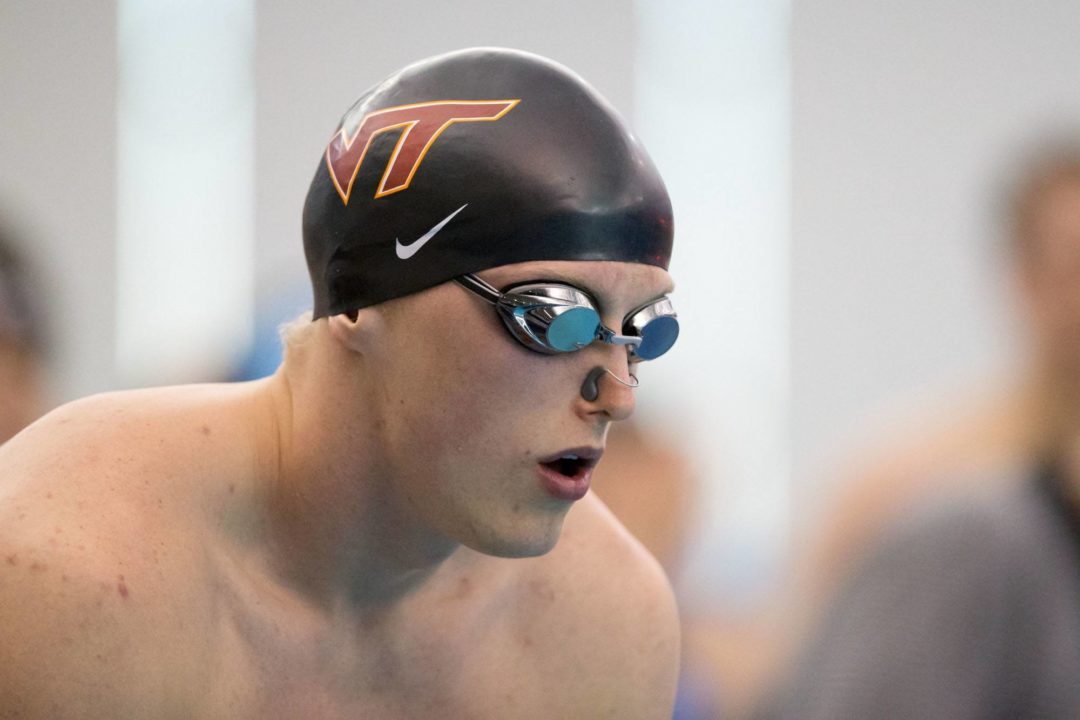 The following is a press release courtesy of the ACC:

Pitt’s Giordano took home the ACC Male Diver of the Week after sweeping both diving events in record fashion. In only his second meet with the Panthers, Giordano turned in a pool record 395.55 points from the 3-meter, finishing nearly 60 points in front of the runner-up and besting the former pool record by 23.02 points. The sophomore also recorded a 351.60 from the 1-meter, 25 points ahead of second place.

Duke’s Goldman grabbed ACC Female Swimmer of the Week honors after leading the Blue Devils with three individual wins at Georgia Tech, claiming the 100 breast, 100 free and the 100 fly to total 27 points. The Burlingame, California, native also led off the winning 400 free relay to close the meet, helping the Duke women improve to 8-1 on the season – the program’s most dual meet victories since the 2007-08 campaign.

Virginia Tech’s Arnett was named ACC Female Diver of the Week after setting a new pool record with her 323.40 score in the 1-meter diving event at Virginia’s Aquatic and Fitness Center on Saturday. The Spring, Texas, native also recorded an NCAA Qualifying score of 309 in the 3-meter.