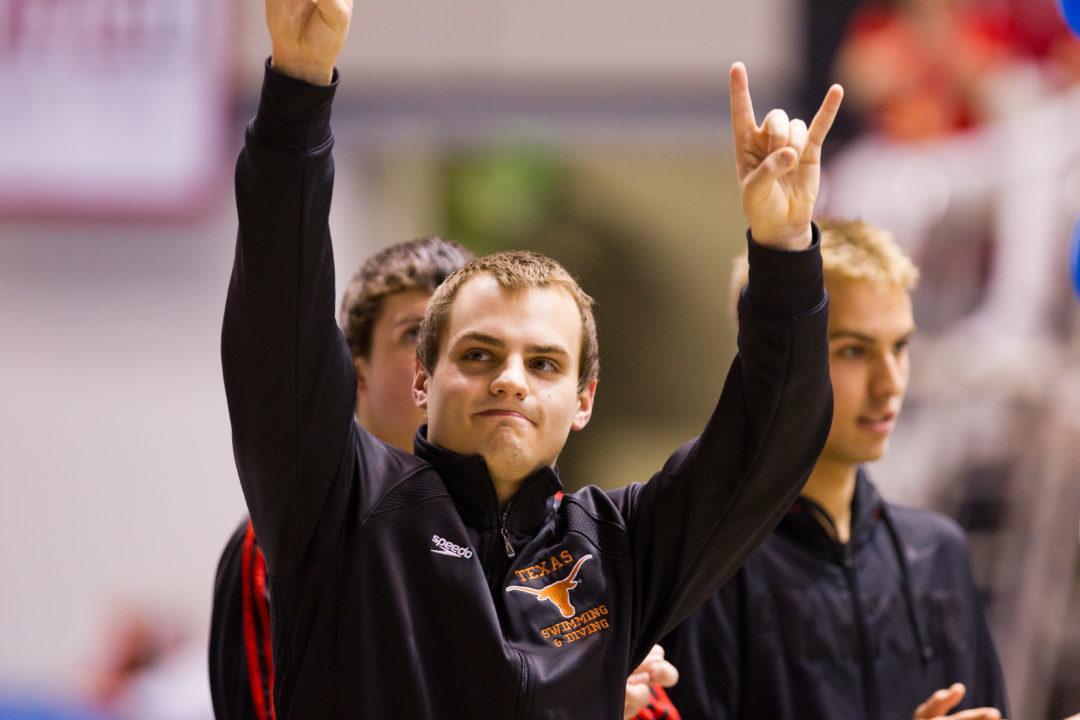 Livingston spent the last 2 seasons as the head diving coach at Princeton, where the Tigers saw a 41% increase in Ivy League scoring from divers under his watch. Archive photo via Tim Binning/TheSwimPictures.com

2 years after being hired as the head diving coach at Princeton, Drew Livingston was named to lead the diving program at the University of Virginia on Tuesday. The 10-time NCAA All-American and two-time NCAA Champion at Texas replaces Jason Glorius, who spent 5 years as the program’s head diving coach.

Virginia didn’t score any diving points at last year’s NCAA Championship meets (men’s or women’s), and after 3 years where Glorius’ athletes were big contributors at the national level, over the last 2 they weren’t a major factor even at the conference level. The Virginia men were just 10th out of 12 teams with 19 diving points at the 2018 ACC Championships. The women did better, ranking 3rd in the conference with 125 points, with over half of those coming in the platform event.

Meanwhile, over the same last 2 years at Princeton, Livingston qualified three divers for the 2018 NCAA Swimming and Diving Championships, sending the program’s first male divers to the national meet since 1991. Over the span of his two years, the diving program saw a 41 percent increase in points at the Ivy League Championships.

Prior to Princeton, Livingston spent 2013-2014 as a volunteer assistant at his alma mater Texas, and then worked as a graduate assistant at LSU from 2014-2016.

Livingston was named the 2012 NCAA Championships Diver of the Year and was a 10-time All-American at Texas. He twice won the NCAA Championship on the 1-meter springboard, taking the title both in his freshman season (2009) and senior season (2012).

He’s currently working toward an MBA at LSU.

did the previous diving coach get fired or?? great hire anyways

A class act who will always do well. Best wishes to Drew. Does Virginia have a tower?

WOW! What a pickup for UVA, Congrats diving community!