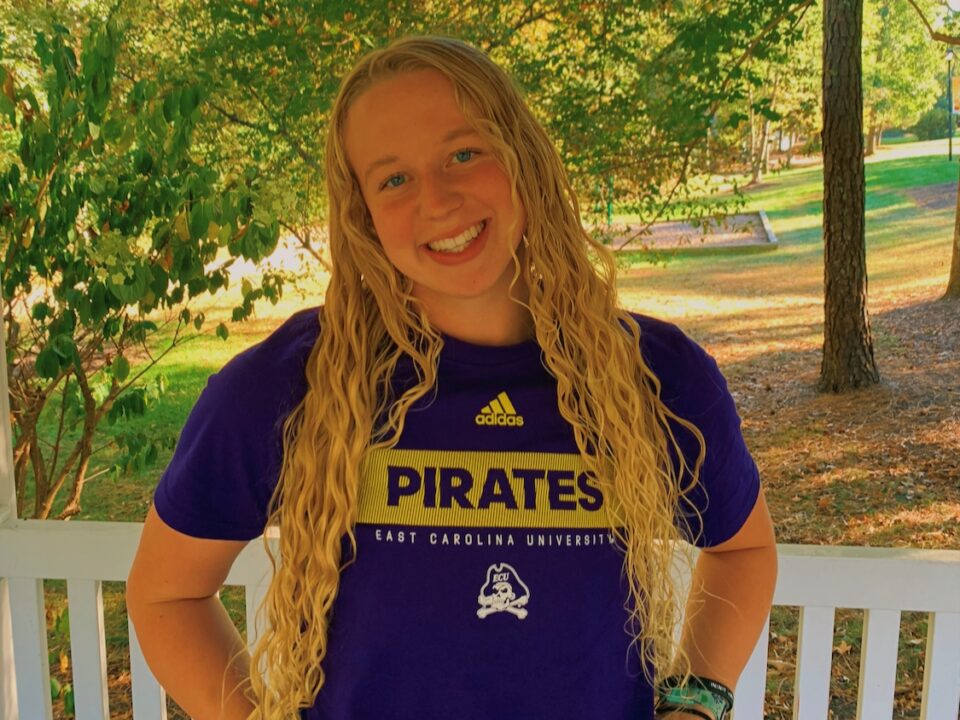 Rachael Brown, a senior at Monacan High School near Richmond, Virginia, has committed to join East Carolina this fall. Brown is primarily a breaststroker and IMer who does her club swimming at Quest Swimming.

Brown told SwimSwam, “I chose ECU because of the amazing coaching staff, as well as the close knit team environment the swimmers have. I’m beyond excited to spend my next 4 years as a pirate!!”

At the 2022 VHSL Class 4 state championships in February, Brown took home the state title in the 100 breast, touching in 1:03.55. At that meet, she also finished 3rd in the 200 IM in 2:06.99. On the club side, Brown posted her lifetime bests in both breaststroke races and the 200 IM at the Virginia Swimming Senior Championships a month later, finishing in the A final of both breaststrokes and the D final of the 200 IM.

Brown joins a rebuilding ECU Pirate program, which is coming back after nearly being cut during the COVID-19 pandemic, and she projects to have an immediate impact when she arrives on campus. Her 100 and 200 breast would have both been the second fastest on the roster this year, while her 200 IM would have been 3rd on the Pirate depth chart.

At the AAC Championships in Dallas, Brown would have qualified for the A final in both the 100 and 200 breast, providing a massive boost to ECU. The Pirates finished 5th out of 5 teams at the conference meet last year.