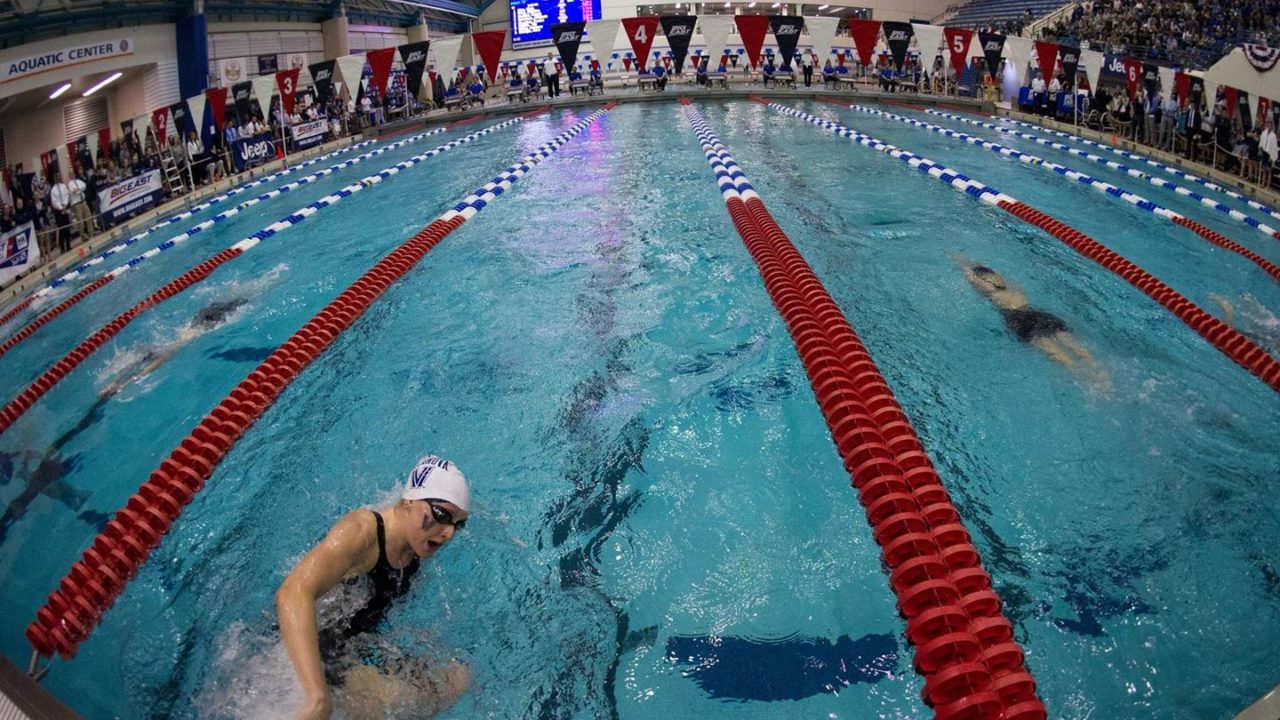 Ben Delia joins the staff as an assistant while Laura McGlaughlin, Evan Anthony have a change in roles. Stock photo via Villanova Athletics

Ben Delia joins the program as an assistant coach, coming to the Main Line after serving as the head coach at Franklin & Marshall for the last 11 seasons. Head diving coach and six-time BIG EAST Diving Coach of the Year Todd Michael is back for his eighth year with the program. Joining him on the returning side are Laura McGlaughlin and Evan Anthony, both of whom will have changes in their roles. McGlaughlin will be elevated to Associate Head Coach while Anthony’s responsibilities will be expanded to include Director of International Recruiting.

Delia’s tenure at Franklin & Marshall was marked by unprecedented success. He led the Diplomats in an era that was highlighted by two Olympic Trials qualifiers, 50 All-Americans and a team-best 17th place finish at the 2022 NCAA Division III Championships on the men’s side. He ended his time at the helm with 120 dual victories in total with both the men and women winning 60 each. His swimmers combined for 121 All-Centennial Conference honors, winning 59 gold medals at the conference championships.

The men’s unit was ranked among the top 10 men’s teams nationally throughout most of the 2022 regular. He guided the men’s program to a Centennial Conference Championship in 2020, being tabbed the league’s Coach of the Year. That title was the group’s first in over a decade, recording its first undefeated regular season since the 1964-65 campaign. On the women’s side, Delia oversaw a Diplomat’s program that held 13 school records throughout his tenure. The team earned a pair of Centennial Conference runner-up finishes during his career. He aided three-time Paralympic Gold Medalist Becca Meyers ’16 to All-America honors during the 2016 season.

“We are thrilled to have Coach Delia join the Villanova Swim and Dive Family,” Simpson said. “Ben has made a huge name for himself at F&M, and we are grateful that he has decided to continue his coaching pursuits as a Wildcat. Ben clearly has an expertise for the sport, but, more importantly, Ben has a reputation for caring about the athlete as a person first. He will fit perfectly into ‘The Villanova Way’.”

After serving as the team’s assistant coach the past two seasons, McGlaughlin is being elevated to Associate Head Coach of her Alma Mater. This move extends her long tenure with the program as an accomplished student-athlete and coach. She served as an aquatics intern after graduating in 2013 before joining Simpson’s staff for two seasons from 2013-2015, which marked the first two years in the current string of nine consecutive BIG EAST titles for the women’s program. She has been a part of two BIG EAST Women’s Coaching Staff of the Year groups, both of those coming in the last two seasons.

In her last two seasons as an assistant, McGlaughlin has helped coach the women’s team to back-to-back BIG EAST titles and the men to a pair of top-three finishes at the conference championships. She aided Kelly Montesi to a NCAA Division I Championship appearance at the end of the 2021-22 campaign, the first Wildcat to make it to the national stage since 2013. As a Villanova student-athlete, McGlaughlin as a stroke specialty athlete with concentrations in the 100 and 200 breast as well as the 400 IM, also scoring eight times at the BIG EAST Championships.

“This elevation to Associate Head Coach is well deserved and overdue,” Simpson said. “Laura bleeds Wildcat Blue. Not only was she a fantastic athlete with great leadership skills, but she developed those skills to be even a better coach. We hope her elevation will mean a long-term commitment to the program.”

Anthony’s second year with the program will come with added responsibilities as he begins to serve as the Director of International Recruiting while also overseeing the development of a short stroke power and speed training program. He joined the program for the 2021-22 season after serving as a graduate assistant at Wingate for the two seasons prior.

This staff is awesome!! I am excited to see what the Wildcats accomplish this season. Wishing the best to all of the swimmers and coaches for the coming season. GO CATS!!