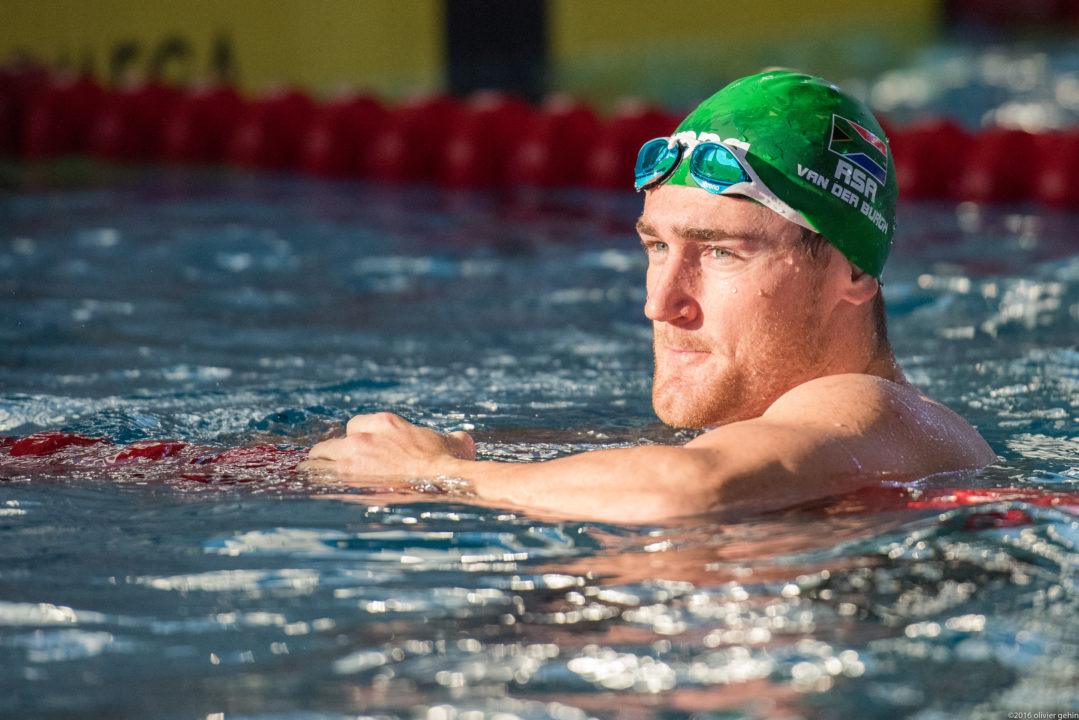 After unrelenting speed thrown down during the first two stops of the 2017 Mare Nostrum Tour, the final competition in Canet-en-Roussilon, France has the line-up to keep the competitive fire burning in a big way. Archive photo via swim_cup_lausanne @ogehin

After unrelenting speed thrown down during the first two stops of the 2017 Mare Nostrum Tour, the final competition in Canet-en-Roussilon, France has the line-up to keep the competitive fire burning in a big way. After both Monaco and Spain, South African Cameron van der Burgh and Swede Sarah Sjostrom lead their respective male and female fields among the point totals. However, there are several stars waiting to pounce on this final leg and move up in the standings en route to more podium cash and the €7000 tour winner bonus.

Most of the swimmers from the first two stops will also be present in Canet, with additional French talent now among the mix. Charlotte Bonnet will take on the women’s 100m/200m/400m freestyle, while speedster Mehdy Metella will try the 50m fly/100m fly/100m freestyle on for size.

The Japanese contingency remains in effect after several swimmers bypassed Barcelona. We’ll see the world’s fastest 200m butterflyer this season, Suzuka Hasegawa, compete along with teenage world-class sprinter Rikako Ikee. Whereas Ikee only contested the 50m butterfly in Monaco, the 16-year-old will add the 50m free/100m free and 100m fly events, giving us a glimpse into how she races against the Canadian Olympic gold medalist and now-17-year-old Penny Oleksiak.

International swimming mainstay Katinka Hosszu has entered 15 events and she will be joined by countrymen Laszlo Cseh and Tamas Kenderesi, both of whom medaled in butterfly events at the 2016 Olympic Games, yet are separated in age by 11 years.

The women’s 100 free at this circuit has been ridiculous….I think it takes 53 high to be seeded in the top 16…crazy.

Notionally so but so far the heats have tended to be pedestrian with only SS and maybe someone else breaking 54. 54.5ish has been suffiicient to get you into finals at the previous 2 Mare Nostrum meets.

Mind you, Worlds will be a completely different matter and and 53mid-high will probably be the requirement to make top 16

In addition to the sensational performance that should discourage any of her competitors Sarah Sjostrom will take home a great deal of money. Good earnings for one week.

Our Lady a close second.

Since you like my stories, there is one more. Enjoy.
……..
Golden wedding anniversary. Whenever husband talks to his wife he calls her with very nice, gentle and pleasant names: “My Dear, give me that…”, “My Sweetheart, would you like…”, ” Whatever you wish, My Lady …” etc
Guest #1 talking to Guest #2:” Look they are living together 50 years already but still there is so much love in their relationships!”
Guest #2: ” He just forgot her name 🙂 ”
………….
Does Your Lady have a name, or you just forgot it?