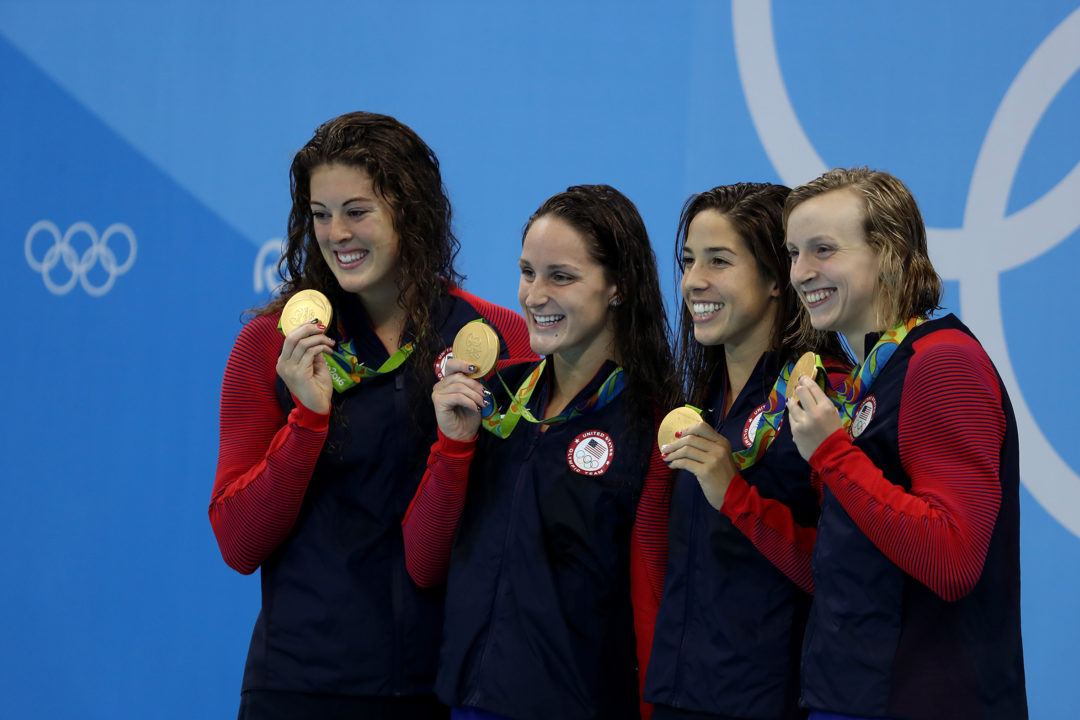 Depending on what the Tokyo situation is next year, “we might need to create a bubble within a bubble," says USOPC medical chief. Archive photo via Simone Castrovillari

Earlier this week we reported how athletes competing at the postponed 2020 Olympic and Paralympic Games will most likely be exempt from Japan‘s coronavirus-related entry restrictions currently in place.

As a means to control the coronavirus pandemic, the nation of Japan currently has entry restrictions placed on 159 countries and regions, including the United States. However, The Japan Times says that exceptions will be granted to Olympic and Paralympic athletes, with the individuals ‘expected to monitor their own health and test negative for the coronavirus within 72 hours of leaving their own country.’

With the Games just over 300 days away, the United States Olympic and Paralympic Committee is taking a look at what precautions they would take as a team to not only keep athletes and staff safe but also the nation of Japan.

As of today’s World Health Organization (WHO) data, the United States leads the world in sheer number (not proportion to population) of cumulative coronavirus cases. The next nations among the top 5 include India, Brazil, Russia, and Peru.

Japan, however, falls well down the list and has been easing restrictions to reflect its current relative control over the pandemic within its nation.

In terms of what USOPC‘s mitigation may look like in July 2021 for these Games, the organization’s chief medical officer, Dr. Jonathan Finnoff, conveyed the following possibilities to The Wall Street Journal this week.

‘One option for teams, he noted, is quarantining athletes for 14 days before they travel, to ensure that they are free from the virus. Teams could take steps to secure negative Covid tests for athletes before they board a plane, and again upon their arrival.’

Another prospect is that ‘Teams could go even further and charter their own flights in and out of Japan rather than traveling commercially, to avoid greater exposure to the virus, as well as creating a layer of reassurance for the outside world.

Also on the table is having athletes arrive closer to the time of their competition, or leaving right after it, rather than staying in the Olympic Village for the duration of the Games.’

“When you go through all the different scenarios and how they might do it and how we might do it, from our standpoint, we want to keep our athletes as safe as possible,” said Finnoff.

Depending on what the Tokyo situation is, “we might need to create a bubble within a bubble,” in which Team USA athletes’ accommodation is separate from other nations’ athletes. (The Wall Street Journal)

Plus you need to bubble the women from men. And then bubble the breaststrokers cause they can be odd.

I feel like the U.S. Swimming (and probably all countries) is going to need to bring some alternates to this meet like gymnastics does. I’m willing to bet at least one swimmer will test positive and won’t be able to compete.

Talking about alternatives brings up a couple of thoughts about how USA Swimming approaches trials, which is not just a selection meet but a way to generate enthusiasm about the sport within the swimming community and the public at large. USA Swimming will want the best team of course, but how do they ensure that no one selected for the team has COVID-19. 1) Will they be testing all participants, coaches and referees at trials ? 2) Will there be spectators and the adjacent trade show at trials? 3) Does it make sense to keep the current entry times which means thousands of entrants, or tighten entry times to reduce the number of entrants, thereby reducing potential exposure? Like any… Read more »

Wondering if the great folks at SwimSwam know what is the lowest ranked swimmer (per heat sheet) to win a spot in their event on the US Olympic team?