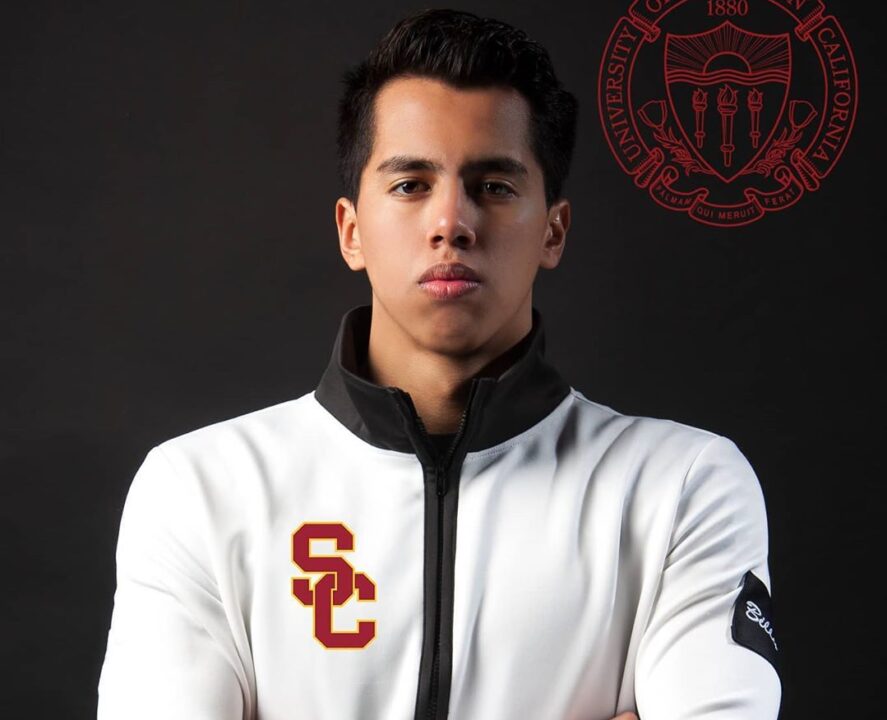 Cruz, who was raised in Canada but swims for Mexico internationally, began his collegiate career at Iowa Central Community College, which competes in the NJCAA. He swam there for one season, where he turned heads with a 19.10 in the 50 yard freestyle in November 2019. That swim was done at a tri meet against Augustana and Sioux Falls. He swam 19.5 at that year’s NJCAA Championships to win the Junior College national title. He also won titles in the 100 fly (47.44), 100 free (43.71), and was runner-up in the 100 breast (54.97). His personal bests, which include a 54.44 in the 100 breast from the same tri-meet as his breakout 50 free, all remain from that freshman season at Iowa Central.

In January 2021, during the peak of the COVID-collegiate swimming season, he emerged at USC. In spite of his accolades at the Junior College level, he was unable to recapture the same peaks of success for the Trojans. His best time in the 50 free at USC was 19.87 at the 2021 Pac-12 Championships.

His last college meet for them came at the UCSB Invite on January 28, 2022.

Cruz should have two seasons of NCAA eligibility remaining: one regular season, plus the waiver year for athletes who competed in the NCAA during the 2020-2021 season.

Cruz declined to comment on his transfer, his plans, or what he hopes to study at his new school.

Entering the NCAA Transfer Portal does not require a student-athlete to transfer; rather, it gives them more flexibility to discuss the possibility of transfer with other programs.

That pool in Sioux Falls has a dak timing system that runs fast all the time. Think Liberty University having to adjust times nearly .4 seconds when they hosted that long course meet a couple years back. Cruz didn’t go 19.1 in juco

I remember hearing that he was originally committed to Minnesota. Maybe he heads back there?

small goof on his IOWA 100free time in the table. I assume its the 43.71 mentioned when he won NJCAA?

Dude you think Rex is going to SC?! Hahahaha

There’s a very good chance any top 2023 swimmer who hasn’t committed yet is going to Stanford. When you factor in the family history. It’s a stone cold lock

Not so fast that Rex Maurer to Stanford is a slam dunk. Let me introduce to a recent USC football recruit Grant Buckey from Bakersfield. Wasn’t his dad Jeff a Stanford star and NFL great and isn’t Grant’s older brother on the current Stanford football team? Substitute Leah and husband and older sibling Luke and you get an idea that high school recruits can make their own decisions. Stay tuned and assume outcomes.

going to college and swimming for your mom? I am USC swimming alumni and I can’t wrap that one around my head.

Swimphan is a bizarre USC sycophant that always has ice cold takes and generally seems to believe that the only thing a female head coach has to offer to USC is her super-fast son.