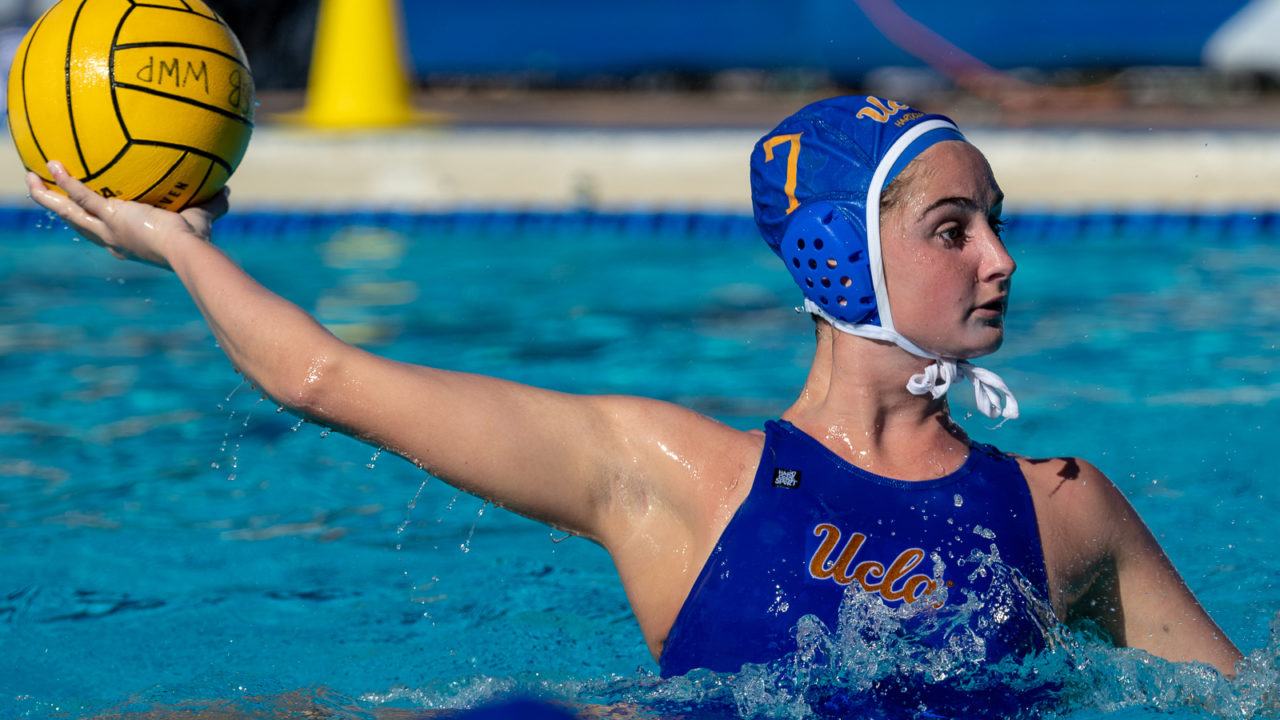 The USA Women's National Team earned the Group A title and a bye into the quarterfinals of the World Championship following a 26-1 victory over South Africa. Current photo via UCLA Athletics, Minette Rubin

GWANGJU, South Korea – The USA Women’s National Team earned the Group A title and a bye into the quarterfinals of the FINA World Championship following a 26-1 victory over South Africa. The victory marked their 50th straight win dating back to April of 2018.

Maddie Musselman (Newport Beach, CA/UCLA/CdM Aquatics) scored five goals to lead a variety of scorers with Ashleigh Johnson (Miami, FL/Princeton/NYAC) and Amanda Longan (Moorpark, CA/USC/Santa Barbara 805) combining for seven saves in net. Team USA will return to play on July 22 against an opponent to be determined. Game time is currently set for 4pm local time/3am et/12am pt. The match will air live on Olympic Channel and can be streamed by clicking here (cable authentication required).

Team USA stormed out of the gates in the first with a seven goal outburst including two scores from Musselman and two from Stephania Haralabidis (Athens, Greece/USC/NYAC). South Africa got on the board in the second quarter but the United States answered with eight more goals of their own to go in front 15-1. Kiley Neushul (Isla Vista, CA/Stanford/NYAC), Paige Hauschild (Santa Barbara, CA/USC/Santa Barbara 805) and Aria Fischer (Laguna Beach, CA/Stanford/SET) all scored twice in the quarter.

The third was more of the same as the United States added six unanswered goals including two from Melissa Seidemann (Walnut Creek, CA/Stanford/NYAC). Team USA put the match to bed in the fourth with five more goals as Musselman connected on two more opportunities to close out the match. The United States went 5/8 on power plays and 3/3 on penalties while South Africa was 0/1 on power plays with no penalties attempted.

For more on the USA roster at the FINA World Championships, click here for the roster announcement. For more on broadcast coverage, click here. The 50-game win streak is believed to be the longest streak in Olympic era of women’s water polo.