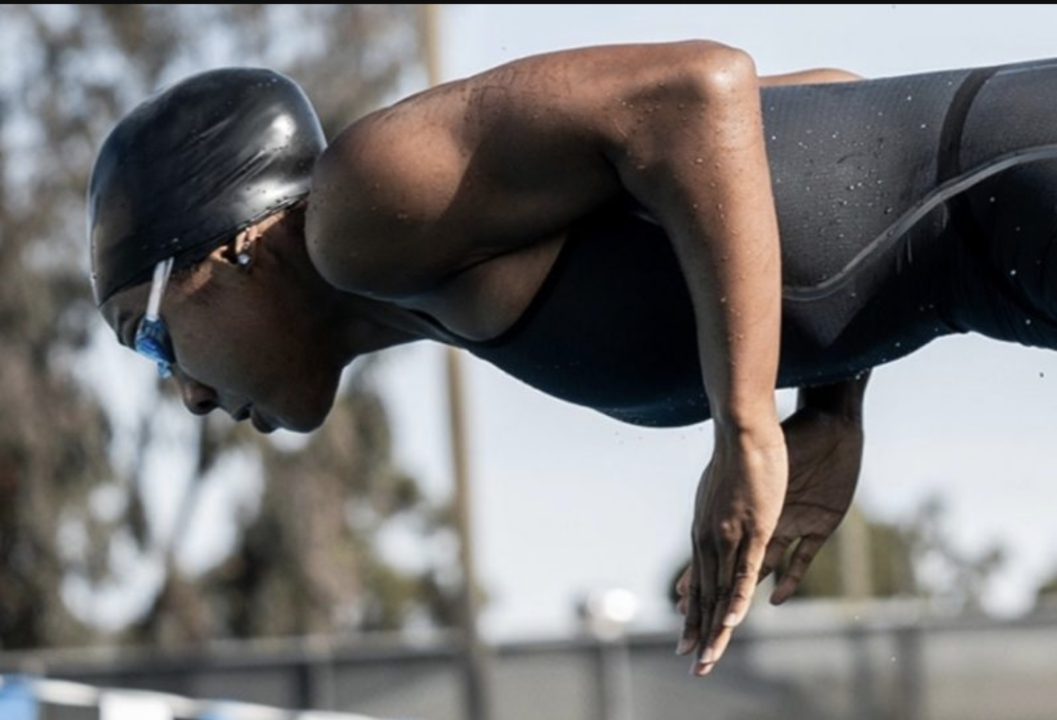 While this doesn’t necessarily follow the same exact format as a traditional P+P, I think we can all agree it’s just as cool. I have read several comments wanting to hear what people are actually saying during practice, and I don’t blame them at all. That’s the whole reason SwimSwam does this. And boy, do we have some good banter for you today.

During my filming with Team Elite right before their Worlds crew left for Asia, Kendyl Stewart was working on her start… let me rephrase that. Majority of Team Elite was working on Kendyl Stewart‘s start. While she was trying to fine tune her takeoff, Stewart ended up getting advice from many of her coaches and teammates. The result was essentially an entire start workshop, breaking down the mechanics and specifics of what you want for optimal power and speed when leaving the blocks. I’d say “the main takeaway from this start clinic is *blabbity blabbity*”, but to be honest there are so many that you can just take what you like.

This lifeguard……reminds me of the lifeguard watching the finals of the Beijing Olympics with Phelps swimming. A drowning Team Eliter could out swim a fully rested chair master..

Now that’s an A+ taper. Everyone standing around critiquing one person’s start.

Vote Up170Vote Down Reply
JP input is too short

Already had this discussion when that video got an article here 😛