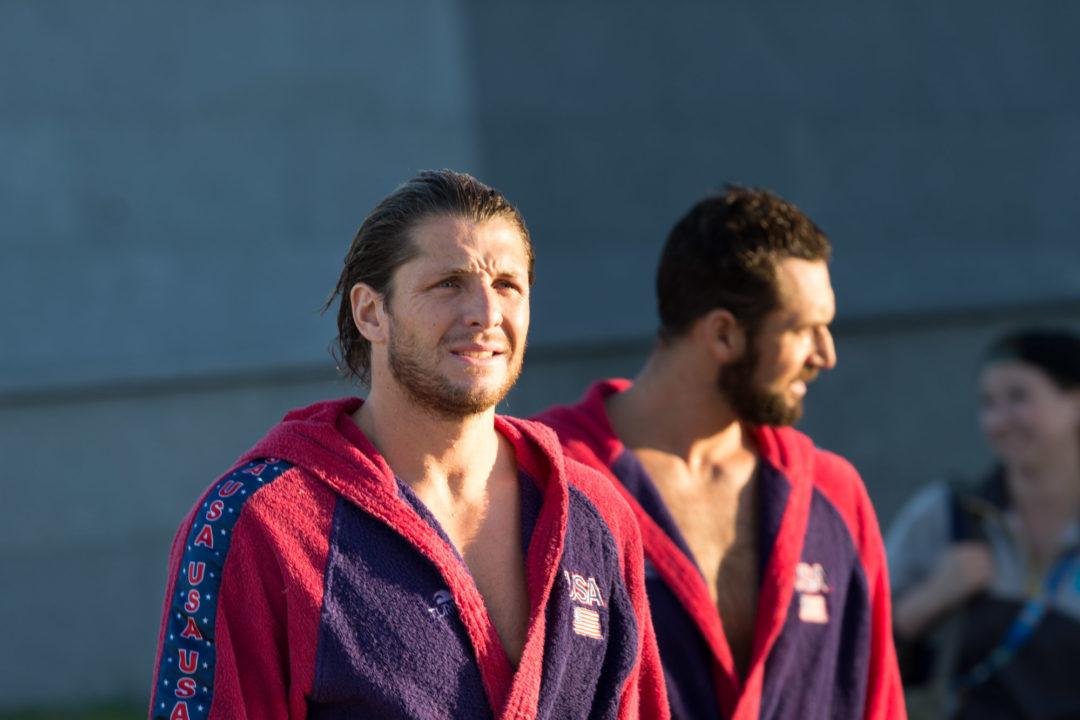 Despite 2 goals from their captain Tony Azevedo, the American men fell in their opening match of the 2016 Olympics. Archive photo via Tim Binning/TheSwimPictures.com

The defending Olympic gold medalists from Croatia opened their 2016 title defense with a 7-5 victory over the Americans.

In what was a relatively-low scoring match in preliminary Group B, one of two groups, the Croatians picked up 2 early points and to take the lead in the group with the top 4 teams advancing to the knockout stages.

The match was a defensive struggle, with only 9 combined live-ball shots between the two teams, including only 3 by the Americans.

Instead, both teams slowed the action and preferred to take 5 meter shots after fouls – with a much different flow than the Americans had in their final tuneup match against Montenegro last week.

The score was 5-4 in favor of the champions heading into the 4th quarter, and after 2 very early action goals from Crotia, their only two of the match, they ground play to a halt and ran the clock out deftly on the Americans. The U.S. got one more goal with under two minutes to play, but were otherwise limited mostly to weak long-distance shots for most of the quarter.

The United States will play their next match on Monday against Spain, where a loss would leave them in a dire situation to advance. Crotia’s next match is against Montenegro on Monday evening.

The American captain Tony Azevedo led his team with 2 goals, matched by both Maro Jokovic and Andelo Setka from Croatia.