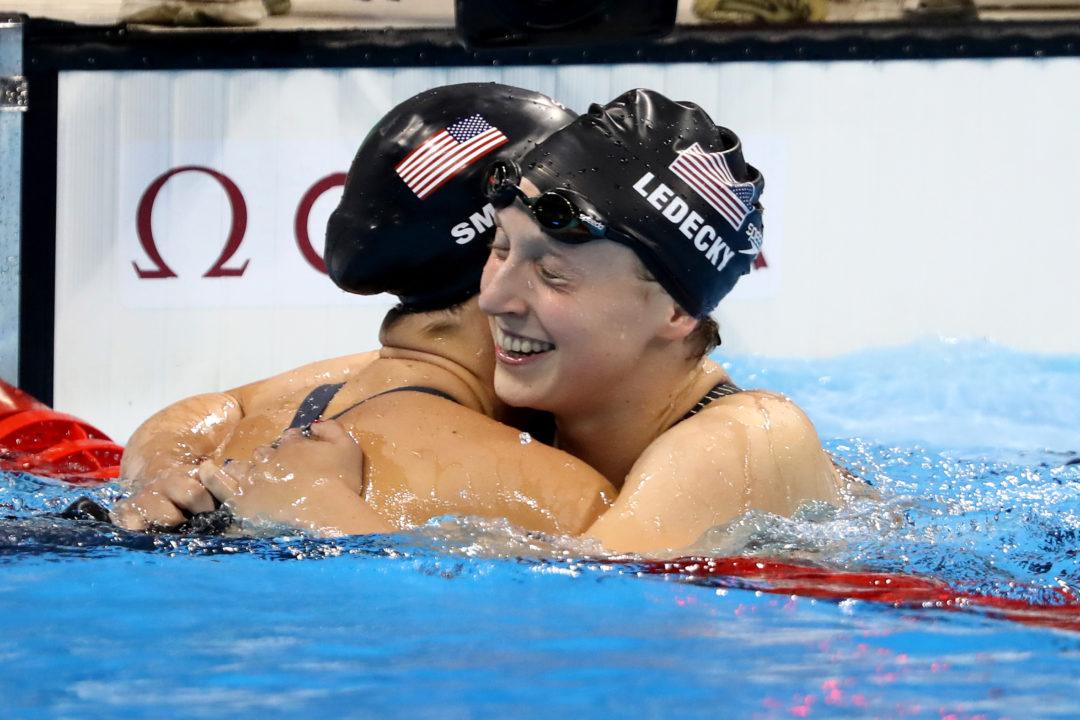 It’s been a dominant year for American swimmers on the collegiate and national stage.

The team consists of 59 men and 56 women, hailing from 29 states and 60 USA Swimming teams. Eighteen of the 115 total swimmers qualified for the team in three or more events, with Katie Ledecky and Leah Smith as the only swimmers to qualify in five. Mallory Comerford and Caeleb Dressel were next with four events apiece.

Being named to the National Team gets members much more than bragging rights — a portion of the top athletes will receive monthly monetary stipends that vary based on professional status, as well as travel reimbursement, Olympic Training Center access, and even health insurance in some cases.

You can view the event-by-event breakdown along with more information here.

Anyone know where leah smith is training now? Did she stay in Hooville with the new coaches??

And Lochte fades away

Maybe he’ll be back next year?

I think they can do as good as in Rio if not better with the necessary tweaks ( 3 years time span ) and training .

WOnder if Carson foster could be ready by then

Great to see Arkady on the list !!! and what a Team !!! without Phelps , Franklin , Lochte or Laughlin , this Team looks and is Fantastic . The 2016-2017 Period was unbelievably good for Team Usa . The new Stars on the rising have splendid talent ( Dressel , Comerford , Regan Smith , Haas , Apple , ….) and have shown incredible progresses . Keep up the great work guys . Its a real passionate pleasure to watch them live .

You leave out MA every time

and ? He has done solid times in the 50’s – but sorry , i am more seriously impressed by Haas , Pieroni , Dressel and Comerford / King / ….or Kalisz .

When he makes a LCM senior national team, we’ll include him

How is Chuck Batchelor a coach on the national team? He hasnt coached Beisel in 7 years.

Beisel actually trained at home with Chuck for most of this year!

I wonder when Claire Tuggle will make the national team. Next year? 2019?
Here’s a recent local article about the next phenom of US women’s swimming.
Interesting to read that they take their time with her and don’t push her very hard in training so far. Smart long-term approach.
http://www.clovisroundup.com/swimming-sensation-claire-tuggle-makes-national-splash/

Thanks for the link Bobo!