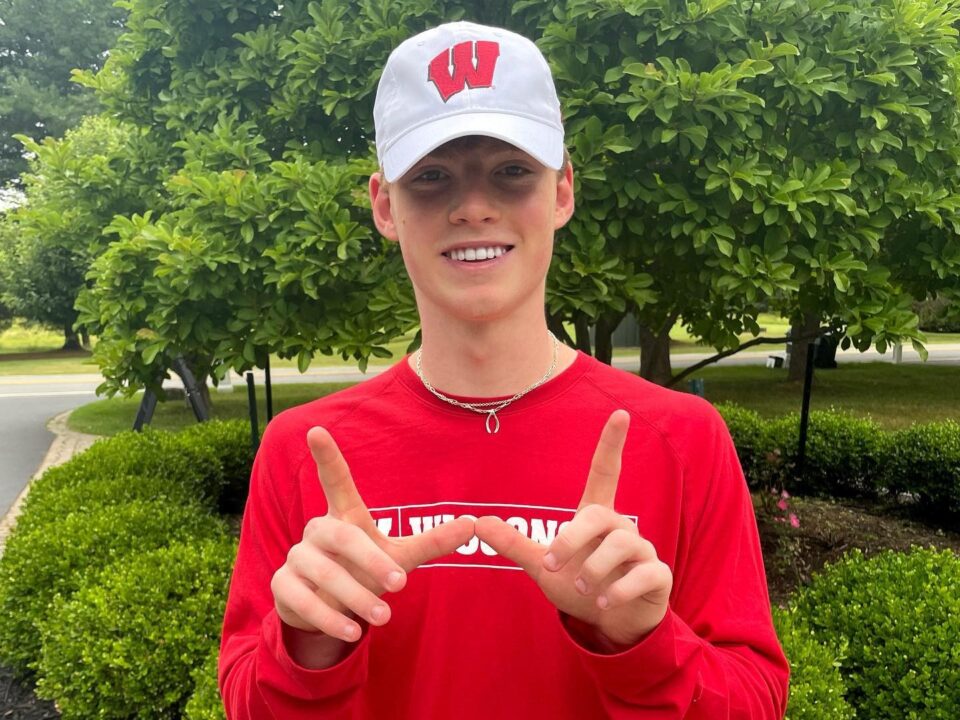 Sprint specialist Brayden Henkel of the Clifton Park-Halfmoon Piranhas has committed to swim at the University of Wisconsin, joining the class of 2027. Current photo via Brayden Henkel

Sprint specialist Brayden Henkel of the Clifton Park-Halfmoon Piranhas has committed to swim at the University of Wisconsin, joining the Badgers’ class of 2027.

I’m extremely excited to announce my verbal commitment to swim and study at the University of Wisconsin. I’d like to thank the coaching staff for believing in me and giving me this opportunity. I’d also like to thank my family, friends, and coaches across the globe who have supported me throughout this journey. Go Badgers, and ON WISCONSIN!!

Henkel, representing Albany Academy, is the 2022 New York State Public High School Athletic Association (NYSPHSAA) state champion in the 100 breaststroke (54.88) and runner-up in the 50 freestyle (20.94). Henkel was also a two-time champion at the 2022 Adirondack Gold Short Course Championships, where he topped the podium in both the 100 (55.79) and 200 (2:06.76) yard breaststroke. He also notched a 9th-place finish in the 100 fly at the Adirondack Gold Short Course Championships. Prior to the competition, Henkel’s best time in the 100 fly stood at a 55.50 from 2019. In prelims, Henkel improved to a 55.09, only to blast a 51.67 in the finals, lowering his time in the race by nearly 4 seconds in a single competition.

Henkel’s 100 breaststroke time from 2022 would have ranked him 5th on Wisconsin’s team for the 2021-2022 season. His front-end speed in the event could also make him a relay asset on the 200 and 400 medley relays in future seasons.

Henkel has shown promising improvement year-over-year in the 100 yard breaststroke, taking nearly 5 seconds off of his time over the previous 4 years. As a 15-year-old, Henkel won the 100 breaststroke at the 2021 Speedo Sectional Championships, held in Christiansburg, VA, earning a Futures cut in the process. At the same meet, Henkel placed 5th in the 200 yard breaststroke (2:07.71) and 9th in the 50 freestyle, swimming under the Futures cuts in each of those races as well.

The New York Public High School Athletic Association (NYSPHSAA) state record in the 100 breaststroke stands at a 53.94, set in 2019 by Jason Louser, who currently swims at Cal and is one of their top performers in breaststroke and IM. Henkel is now within 1 second of Louser’s state record, and at his current rate of improvement, he has a shot at lowering it before he finishes his senior season.