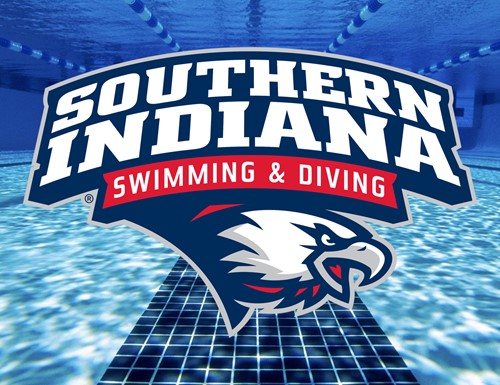 The University of Southern Indiana will furnish men's and women's swimming and diving teams beginning in the fall of 2022. They will compete in the GLVC. Current photo via USI Athletics

After the University of Southern Indiana athletic director Jon Mark Hall proposed the addition of both men’s and women’s swimming and diving programs last month, the school has now officially announced that they will be sponsoring both teams beginning in the fall of 2022. They will be the second college swimming and diving program located in Evansville, Indiana, joining the University of Evansville, a Division I program.

“There is a strong and passionate swimming and diving community in our region, and we are thrilled to implement a new program to allow students to represent USI in the sport they love. Our new Swimming and Diving teams will join our 17 varsity athletic programs in regularly competing for conference and national championships at the Division II level.”

In Hall’s initial proposal, the team would operate on a $375,000 budget per year, not including scholarships. Each team would target rosters of 25 athletes.

The school is currently in the process of finishing construction on a new pool that will house the teams. The aquatic center will feature an eight-lane competition pool, as well as two lanes of warmup and cooldown space. The school also aims that, with the team’s addition, to be able to host conference and national championships at the nearby Deaconess Aquatic Center.

Southern Indiana is currently a member of the Great Lakes Valley Conference (GLVC). At the 2021 NCAA Division II Championships in Birmingham, Alabama, GLVC teams finished 2nd-5th on the men’s side, while on the women’s side GLVC teams were 2nd-4th.

The program is set to begin the hiring process for coaches this summer, with recruiting efforts to kick off this fall.

$375k not including scholarships? I’m assuming that’s including salaries, but that seems exorbitant, especially if they aren’t renting pool time.

No..that’s a LOT! Average TOTAL budget (including scholarships) for the GLVC in the 2018-2019 season was 332K. Average operating budget was 55K. This is from the CSCA website.

previous article from that link in the start : “Hall presented a budget of about $375,000 annually that would include swimming and diving programs, plus scholarships. The target is about 25 male and 25 female student-athletes.” Now we have to find is it +scholarship or included in 375k……………..

Love to see swimming added! Something we can all celebrate!