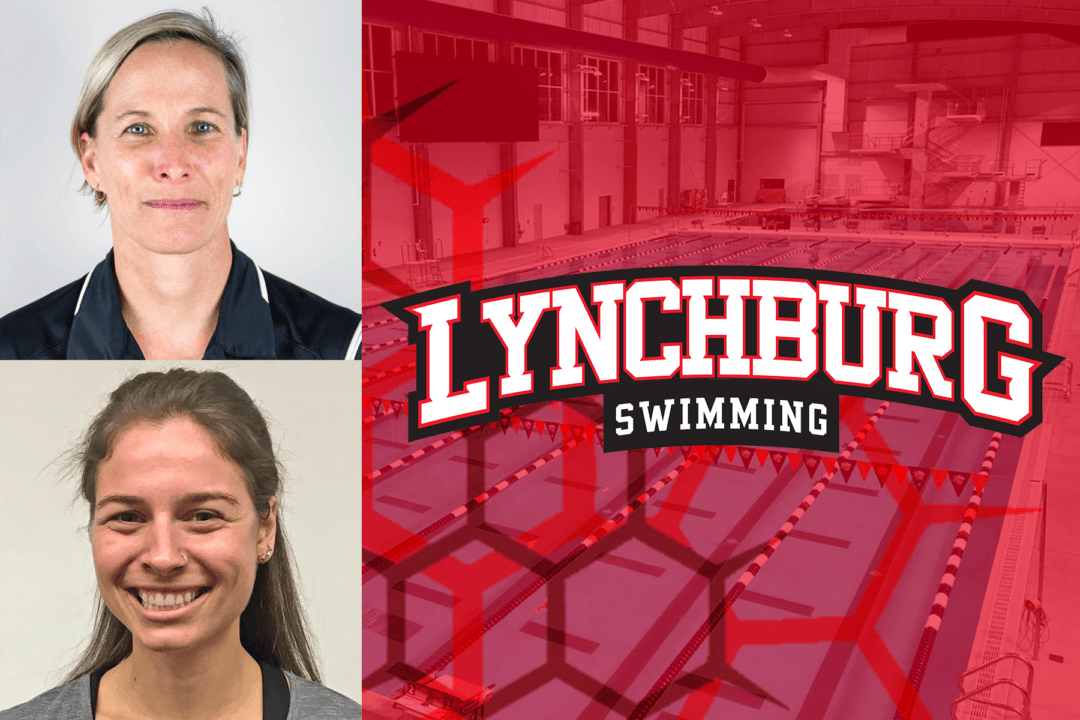 The NCAA Division III Lynchburg Hornets have signed a deal to use Liberty University's new pool for both training and meets. Current photo via Lynchburg Athletics

LYNCHBURG, Va. — Things are coming together for the University of Lynchburg swimming program.

With the start of the 2019-20 season just under nine months away, director of men’s and women’s swimming Brad Dunn has been working tirelessly to build a program that can immediately be competitive in the Old Dominion Athletic Conference.

Since Dunn’s start in August, he has hit the recruiting trail hard to establish a national outreach for the rebirth of Lynchburg swimming.

In the new year, Lynchburg has taken two more important steps toward accomplishing those goals: the hiring of assistant coaches and the official securing of a facility.

Rachel Spaulding will become the program’s first graduate assistant, and Donna Hodgert will join the staff as a part-time assistant coach.

Additionally, Lynchburg has finalized a deal with Liberty University to make the across-town institution’s brand new 75,000-square-foot natatorium the training and competition home of the Hornets’ men’s and women’s swim teams.

“I am thrilled about the progress our Lynchburg swimming program is making, even now in its infancy,” Dunn said. “We are hitting our stride in recruiting, and these additions to our staff and solidification of a training facility will only help those efforts. Now the start of the season is in sight. It’s going to be an incredibly exciting atmosphere.”

Spaulding, a 2018 graduate of York College in York, Pa., swam for two years for the Spartans. Prior to that, she competed for two seasons at Division II West Chester University in West Chester, Pa. In 2015, she was a member of the Golden Rams’ Pennsylvania State Athletic Conference championship team. The Dover, Pa., native specialized in freestyle and butterfly events.

“Coach Spaulding brings fantastic energy and outstanding experience to our staff,” Dunn said. “Her eagerness to contribute her unique skill set to growing our program demonstrates the overall ambition culture of Lynchburg swimming.”

Hodgert, the associate director of aquatics at Liberty, comes on as a part-time assistant. Hodgert formerly served as the head swim coach at Randolph-Macon Woman’s College and head coach and interim director of athletics at her alma mater, Sweet Briar College, before moving into her new role at LU.

“Coach Hodgert contributes valuable NCAA coaching, recruiting, and management experience.  Her passion for the sport of swimming is consistent in our upbeat and energetic atmosphere,” said Dunn.

Hodgert’s son, Harry Hodgert, is a freshman on the Lynchburg men’s golf team.

The agreement with Liberty provides the new programs access to a world-class facility that opened in 2017. The nine-lane, 50-meter pool with a movable bulkhead provides multiple options for training formats for the Hornets; the pool can also be used on its short axis as a 20-lane, 25-yard pool. Its state-of-the-art water and air filtration systems provide outstanding training and competition conditions.

Its location at the foot of Candler’s Mountain, adjacent to Liberty’s newly built indoor track & field center, is just a short drive from the Lynchburg campus.

The seating capacity of just over 1,400 spectators makes for a fun and engaging meet environment, something Dunn and the Hornets plan to build more excitement around the new program.

Lynchburg swimming will also have enthusiastic neighbors in the Division I Flames women’s program and its men’s club counterpart.

“We are thrilled here at Liberty that athletic director Jon Waters and University of Lynchburg decided to start men’s and women’s swimming, and there’s no better facility here in Central Virginia to host a new program than the Liberty Natatorium,” Liberty head swimming and diving coach Jake Shellenberger said. “This addition is great for our sport, and as coaches, we are thankful when athletic departments decide to invest in swimming.

“That Lynchburg decided to add swimming excites me on a personal level as well; legendary Lynchburg soccer coach Bill Shellenberger is a distant relative, and my wife, Lorin, is a current University of Lynchburg professor. Go Hornets!”

Lynchburg will begin swimming at the varsity level in the fall 2019 semester and will compete alongside 13 other programs in the Old Dominion Athletic Conference.

Yay! This is awesome… next step, a men’s team (which I hope will eventually happen). By the way, if anyone is confused about who Lynchburg University is, they recently underwent a major change and went from being a College to a University now, so they used to be called Lynchburg College.

Lynchburg will have a men’s team!

Do you know that for a fact? I have not seen any announcements or anything in their long term plan about it. I hope you are right though.