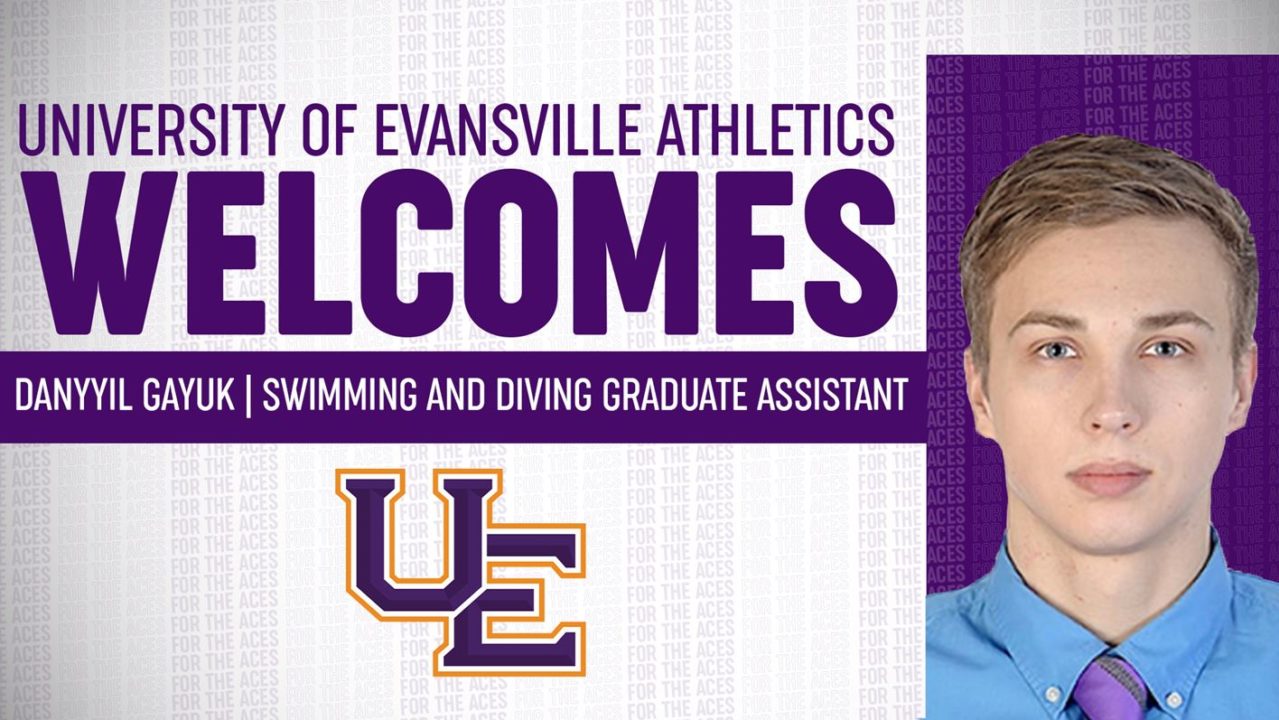 EVANSVILLE, Ind. – Purple Aces head swimming and diving coach Stu Wilson has announced the addition of Danyyil Gayuk to his staff as a graduate assistant.

Gayuk joins the University of Evansville after graduating from Delta State University in the spring.  Gayuk majored in Exercise Science while earning a minor in coaching.

“I am thrilled that Danyyil Gayuk will be joining the Aces Swimming and Diving staff.  Danyyil has a lot of experience as an athlete competing at the highest level,” Wilson said.  “His expertise will benefit the staff and the student-athletes in all aspects of swimming and academics.  Welcome to the Aces Family Danyyil!”

A native of Donetsk, Ukraine, Gayuk earned multiple national championships in his home country and was a European championship qualifier.  He qualified for a World Championship in 2014 in his age group.