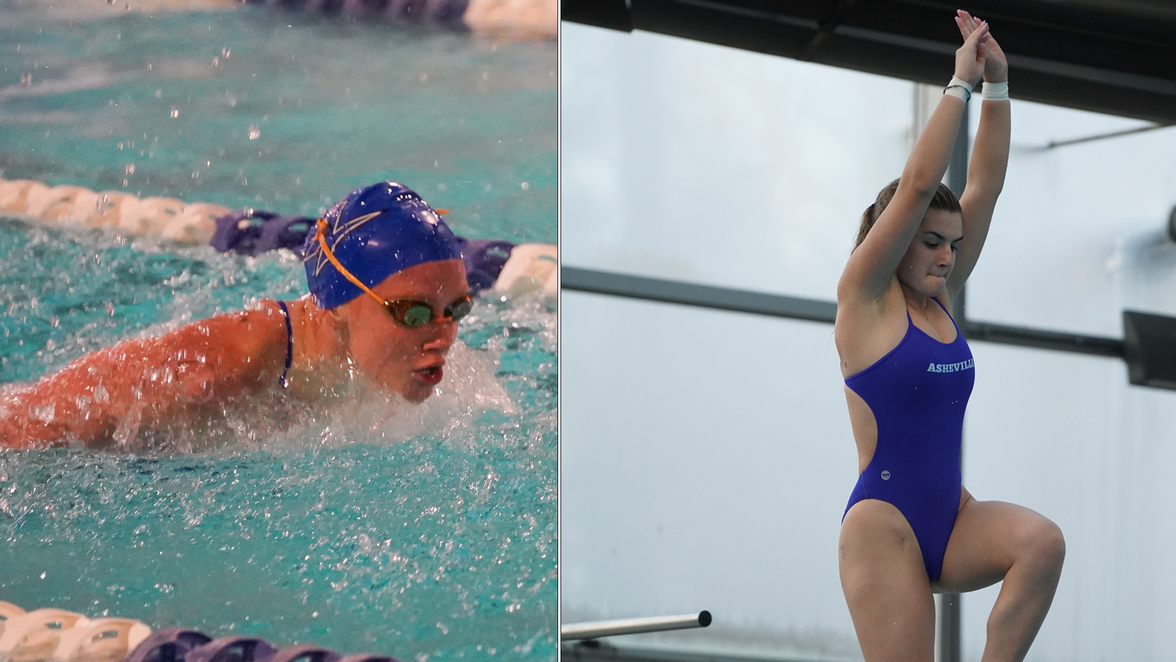 Asheville finishes the regular season with a record of 9-0 and it has now won 21 consecutive dual meets. Current photo via UNCA Athletics

ASHEVILLE, N.C. – The UNC Asheville swimming & diving team finished off its second straight undefeated season on Saturday as it defeated both VMI (236-59) and Emory & Henry (204-51) at the Justice Center Pool in a double dual meet. Asheville finishes the regular season with a record of 9-0 and it has now won 21 consecutive dual meets.

“We were proud to share the pool today with Emory & Henry and VMI as we celebrated our 10 exceptional seniors,” said UNC Asheville Head Coach Elizabeth Lykins afterward. “Their successes in the pool, classroom and community are extraordinary and unmatched. I am extremely proud of these women and all their accomplishments. While this weekend has been bittersweet, we are excited for one last competition at conference championships in only a few weeks.”

Asheville had plenty of highlights both in the pool and on the boards in its double dual against the Keydets and Wasps. Freshman Beatrice Cocconcelli had arguably the biggest accomplishment of the day as she broke the school record in the 100-yard individual medley with a time of 59.10.

Asheville took the top spot in the two relays (200 medley, 400 Freestyle) too. To open Saturday’s action, the foursome of Segurola, Fullerton, Christa Jones, and Carlton paced the field with a time of 1:47.11. The Bulldogs then closed out the meet with a time of 3:37.37 in the 400-yard freestyle relay from Marcotti, Peny, Kilpatrick, and Cocconcelli.

Asheville will return to action on February 15-18 when it competes at the Coastal Collegiate Sports Association Swimming & Diving Championships in Knoxville, Tennessee.

ASHEVILLE, N.C. – The VMI women’s swimming and diving team earned a victory Saturday against Emory & Henry College 134-120 and fell to UNC-Asheville 236-59 in a double dual meet at the Justice Center Pool.

“I am incredibly proud of the effort and enthusiasm our women brought on the boards and in the pool,” said head coach Scott Thacker. “They stepped up for one another, raced hard for one another and as a result came home with the first win for VMI women’s swim and diving since November of 2020.”

Up Next
– Emory & Henry will close out the season at the inaugural South Atlantic Conference Championships next month. The four-day, eight-session meet will run from Wednesday, February 8 through Saturday, February 11 and will be held at the Mecklenburg County Aquatic Center.

Elizabeth and Ian have assembled a great squad over the past couple years. Big things coming for them and the team