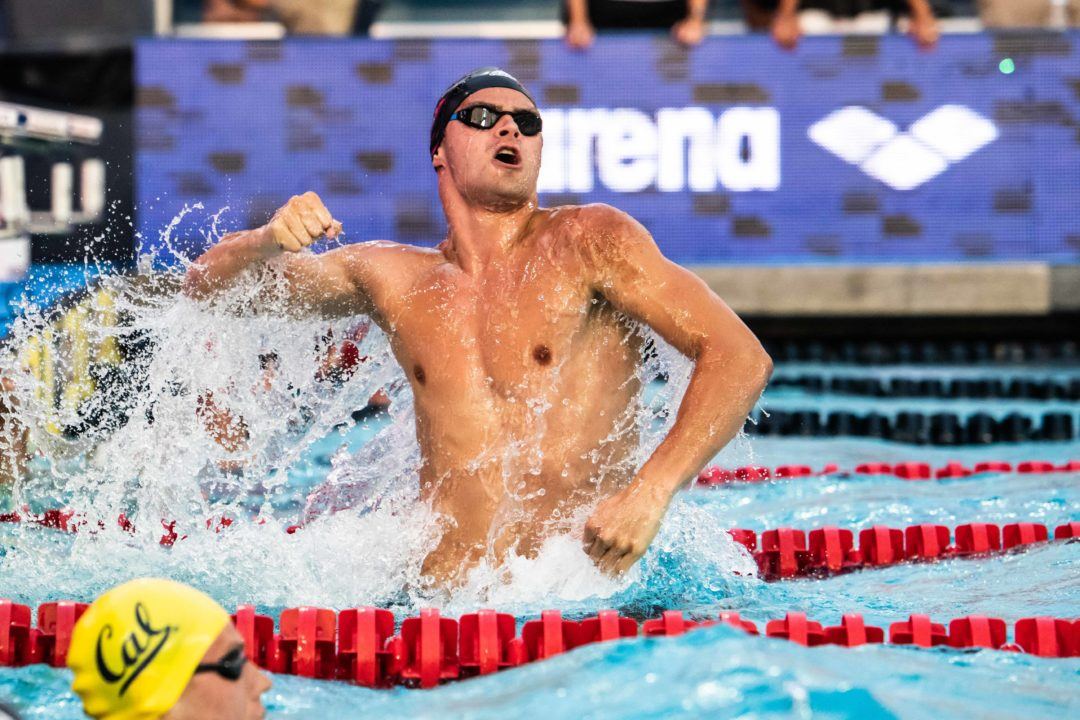 Andrew finished the meet with 4 wins, a bronze medal and a fourth place finish to go with 7 personal bests. But there may have been a 5th win in Andrew's week that might just mean the most of all. Current photo via Mike Lewis/Ola Vista Photography 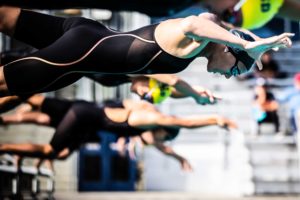 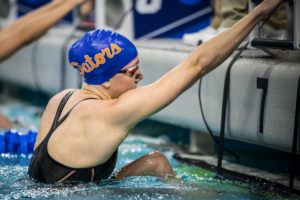 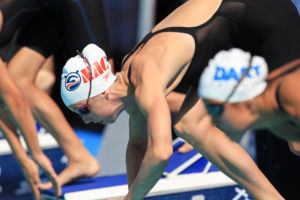 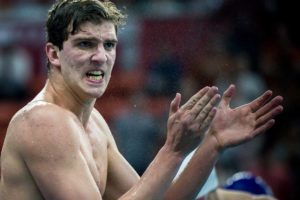 Zach Apple made most of July opportunities at both Worlds and Universiade – he finishes with 5 World University Games golds and 4 World Championships medals. 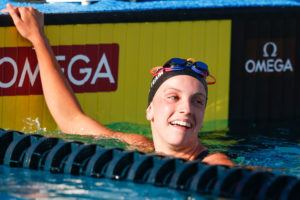 Riptide 17-year-old Regan Smith had an impressive month of June, even beyond her world junior record 100 back. Smith hit three freestyle lifetime-bests, too. 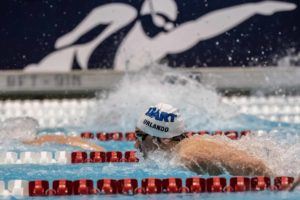 It’s been an outstanding month of May for high school junior Luca Urlando, in both short course and long course.

Let’s run through the month that was for Michael Andrew.

July 6: Andrew swims two events at prelims of the Columbus Pro Swim Series. The first, a 100 fly, constitutes a modest drop of one tenth from a best time he put up in March. The second is a 50.87 in the 100 free well off a lifetime-best and drawing the typical mockery from the comment section: ‘the kid can’t swim 100s,’ ‘how in the world can someone so fast in the 50 be so average in the 100?’ At night, Andrew blasts a 51.86 to win the 100 fly. Previously considered a sprint free/breast type, Andrew could suddenly be in the mix for a Pan Pacs berth in the 100 fly.

July 7: Two more 50 frees, two more lifetime-bests. Andrew cuts .04 seconds to improve his nation-leading time. “The thing with Andrew is that he doesn’t really hit a big taper when it’s time to taper at the end of the year,” one commenter says. “’In-season’ doesn’t mean that much with him since he doesn’t drop significant time at bigger meets.”

July 8: Andrew wins the 100 breast, cutting .03 seconds off his lifetime-best. Fans argue over whether Andrew closed well or 50-meter-leader Devon Nowicki dropped off.

July 25th: In his first event of Nationals, Andrew puts up a lifetime-best 100 free by a tenth. Comment discussion largely centers on technique flaws and his failure to make the final, though there’s a rousing discussion with a handful of comments in Andrew’s favor.

July 26th: In what might be remembered as a turning point in his career, Andrew beats Caeleb Dressel head-to-head for the national 50 fly title in 22.93, booking his first-ever Team USA trip to a senior level international meet in long course meters… and commenters applaud. “After what seemed an eternity of waiting and people trashing him, Michael Andrew finally earned some respect this evening,” says one. “He’s been successful and consistent for a while now, and did nothing to warrant any kind of shade thrown his way,” remarks another.

July 27th: Andrew takes on a challenging triple. A third-place showing and lifetime-best in the 100 fly (51.68) gives him a potential Pan Pacs spot, and a win in the 50 breast (U.S. Open record 26.86) gives him another World Championships entry. Andrew finished the triple with a fourth-place in the 50 back (24.62) behind an Olympic champ and a national champ in the backstroke races. After a solid showing in the 100-meter race, one commenter says “I’ve given him props for his 50 ability but doubted his 100 ability. And now I’ve admited I was wrong there and that he’s coming through here.”

July 28th: National title #3 comes through in a 100-meter event – and the longest (duration-wise) of the 100-meter races. Andrew wins the 100 breast in 59.38, booking a locked-in trip to Pan Pacs and a likely relay role for Team USA over the next two summers. Andrew also puts to rest the argument about his closing breaststroke speed, coming from 5th at the 50-turn to 1st at the finish. The comment section is – shockingly – overwhelmingly positive

July 29th: The icing on the cake. Andrew wins national title #4 by topping Dressel in the 50 free and dropping down to a 21.49.

Andrew finished the meet with 4 wins, a bronze medal and a fourth place finish to go with 7 personal bests. But there may have been a 5th win in Andrew’s week that might just mean the most of all.

Was this the meet that Michael Andrew won over swimming fandom?

The narrative certainly seemed to change as the week went on. A swimmer who has inspired a lot of discussion (some of it civil, some quite opposite) and drawn a lot of criticism (probably some of it warranted, much of it not) finally answered some of the biggest questions about his ability, finally put together the swims his critics had been asking for: nation-leading and internationally-relevant performances in Olympic-distance events on the biggest stage of the season.

Every rising swimmer shows promise of a high ceiling. But it only means so much until they’ve proven it. There’s no question that after last week, Andrew has proven it. Next week’s Pan Pacs now opens a new chapter of a career that has, for five years, been anything but boring.

Glad he had his big breakthrough!

Well, he sure deserves swimmer of the month! 4 national titles = Awesome!

50 free, 50 fly, 50 breast, 100 breast, and the highpoint trophy is a nice haul from a weekend age group champs. Everyone knows that real swimmers with #grit only swim the 400 IM and 200 fly and the mile.

LOL. That gave me a good chuckle. Thanks!

And the ones that are actually fast swim the 50s and 100s.
(Don’t take me seriously)

Go win some national titles your damn self in some 50 events then if you feel that strongly that they’re that easy, Mr./Mrs. Lap Swimmer.

33 downvotes? A lot of you suck at detecting obvious sarcasm.

Curious about what effect this will have on training mentalities among elite of USA swimming. Will he be able to do his own thing at the training camp or are they going to try to mix up other methodologies into his training? I ask because I do not know.

millenials are destroying swimming!!! the late great jack nelson would be falling off his horse if he saw this nonsense. 10×400 IM is the only way to build the real moral character that swimming is historically known for. SAD!!!

RIP Jack Nelson and his training methods! There’s more than one way to skin a cat. Driving kids into the ground is an old and arcane way of training.

Yeah, you can swim a 400 Im in practice at 61 years old. Its easy than freestyle sometimes since you are changing strokes. Not certain if it helps young elite swimmers by dong 10 of them.

Come to think of it, given the selection procedure for assistant coaches and the number of events Andrew will be competing in, I wonder if they considered including his father. (Not entirely serous here, but in a way, it would have been justified.)

his mom can be the shaparone

I’m pretty sure his dad can give the coaches sets. I know Shirley Babashoff’s coach did so in ’76 Olympics

MA has been on national teams abroad without his coach and it hasn’t been a problem. He tweeted today that Teri McKeever helped him today. He did a 100 fly pace set so I think he plans on doing the 100 fly at Pan Pacs maybe to qualify for Worlds in the fly.