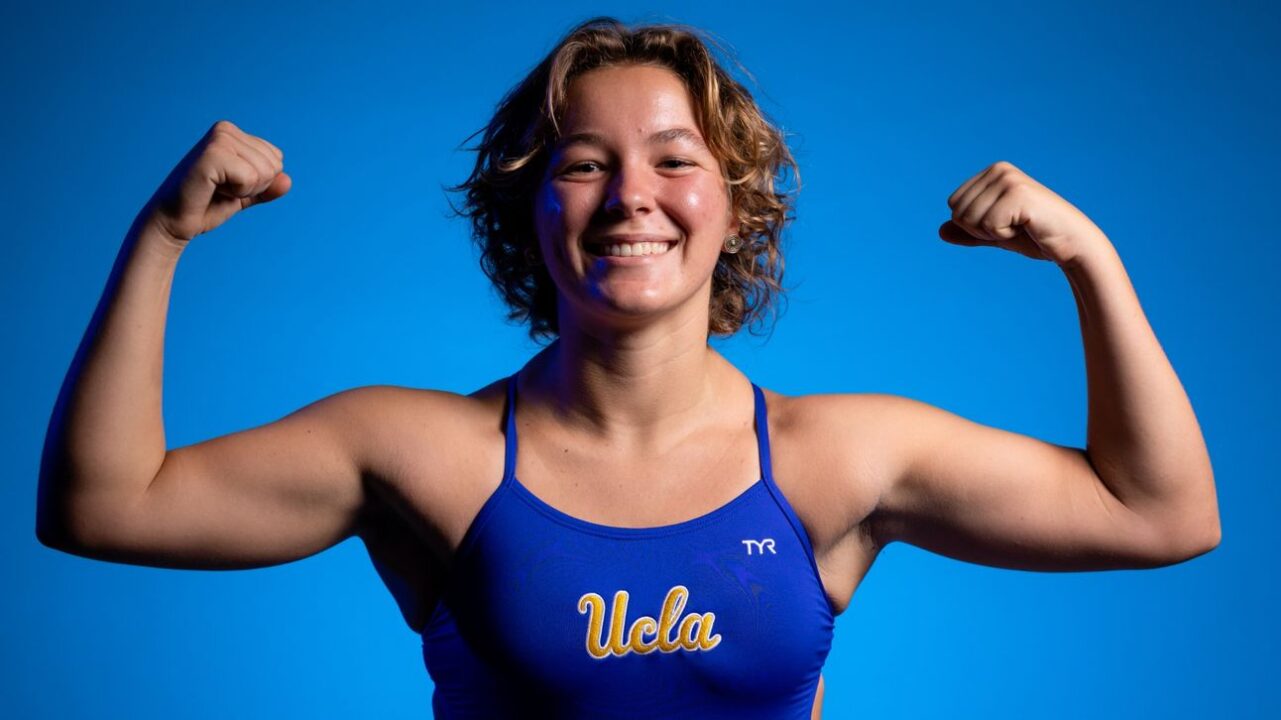 UCLA presented a lot of info at last week's UC Board of Regents meeting, including the threat of cutting programs if the Big Ten deal doesn't go through. Stock photo via UCLA Athletics

UCLA’s move to the Big Ten will cost them an extra $10 million in annual expenses according to the school’s chancellor Gene Block.

According to reporting by Stewart Mandel of The Athletic from the UC Board of Regents meeting last week, Block says that the move to the Big Ten will require a lot more travel and a lot more costs. He anticipates spending an additional $1 million on academic advisors to travel with the teams. He also projects the total increased expenses, including travel, mental health, and nutrition for more time on the road, to be around $10 million.

That includes $562,800 for two new licensed therapists, bringing the program’s head count to 5.5 mental health service providers, plus an additional $252,000 for education, preventative measures, and support to help with sleep, eating disorders, and substance abuse.

Block argues that without the infusion of Big Ten money, the school would have to cut back on spending – which would “likely” include cutting sports. UCLA’s athletics department has been running at a deficit in recent years. That includes a record $62.5 million shortfall in the 2021 fiscal year, finishing off a three-year deficit of $102.8 million.

UCLA said that cutting six teams, and eliminating scholarships for eight other sports, would save the school about $11 million. UCLA sponsors 21 sports, including women’s swimming, and men’s and women’s water polo.

Challenges from the pandemic, along with unique challenges to UCLA’s revenue because of how their basketball and football stadium agreements are written, led to UCLA’s first deficits since 2004. Under Armour also terminated a $280 million apparel deal with UCLA that cost the school about $11 million per year in rights. UCLA replaced that with a Nike and Jordan Brand deal that only provides the school $500,000-per-year in cash, in addition to about $1 million per year in gear. The school also spent around $3 million on its coronavirus testing program, and lost half of its media revenue because it only played half of its football games.

Instead, the school plans to increase spending after the move. The Big Ten’s new media rights deal, which includes UCLA and USC, is expected to bring almost $100 million per school, with $65-$75 million in media rights in their first year alone.

The Pac-12’s new deal brings roughly $31.7 million per school. The gap between the two is roughly-similar to UCLA’s deficit for the 2021 fiscal year, and with that deficit expected to shrink as the world returns to normal, brings coverage for the extra spending needs.

The UC Board of Regents is expected to vote in a special session on December 14 about whether to block UCLA’s departure from the Pac-12. USC is a private school that is not impacted by the UC vote, though a survey of 111 UCLA athletes conducted by the school and university system said that 93% felt it was important to keep the two schools together. Only 24% said it was important to keep UCLA and Cal, both part of the UC system, in the same conference.

Some worry that a dangerous precedent could be set by allowing governmental interests to become involved in collegiate athletics. The regents have also said that UCLA appropriately used its delegatory authority in agreeing to join the Big Ten – an important legal hurdle – though the regents retained the right to reject, approve, or abstain from acting on the decision.

USC and UCLA are currently scheduled to join the Big Ten before the 2024 college football season.

The UCLA women’s swim team is 4-0 in dual meets this year, including a sweep two weeks ago of Arizona and Arizona State. They finished 5th at last weekend’s Ohio State Fall Invitational, including behind Big Ten teams Ohio State and Indiana.

Two new licensed therapists is a step in the right direction but is in direct response to a major investigation/coverup into Coach Wolfrum and her assistant at UCLA swim. As someone “behind the scenes” in Westwood, I implore future recruits to find a different program. Between the BIG 10 demands and this coaching staff, you can do much better.

When you start making stuff up, you sound desperate, and it undermines your credibility. When you get out of swimming and into the real world, you’ll understand that.

You are kidding yourself if you think that budgeting in those therapists came out of nowhere and just because the travel will be more extensive. Also insulting someone and assuming they are in “swimming” and not “in the real world” makes you look angry and defensive. You are wrong in your assumptions by the way. There is a lot of infrastructure that surrounds these teams/sports. I am speaking facts.

You do understand that they are adding two new therapist, as well as budgeting for more academic advisers across the whole athletic department right? I mean that’s what the article says, but trolls going to troll

You do understand that adding two new therapists across the department is likely in response to major problems in the sports (like an investigation into the swim coaches and it’s findings). Good for UCLA for responding to athletes needs–definitely warranted in track and field, gymnastics and swim especially.

Catuion: Some or all of the information in this comment may be false or misleading about the actual status of the UCLA athletic department, or the culture of the UCLA Women’s Swimming and Diving Team. Independent fact checkers are currently working to resolve this issue.

Happy to help with this “independent fact checking” and directing questions to the people in the AD that have this information.

Doesn’t make any geographical sense but ok money trumps all

When asked about Stanford, 97% of UCLA athletes surveyed responded “wait they have sports?”

It has been opined by people “in the know” that if the Regents block UCLA from joining, the B1G will invite Stanford as a replacement.

That would make sense. High profile school and no BOR or gov drama.