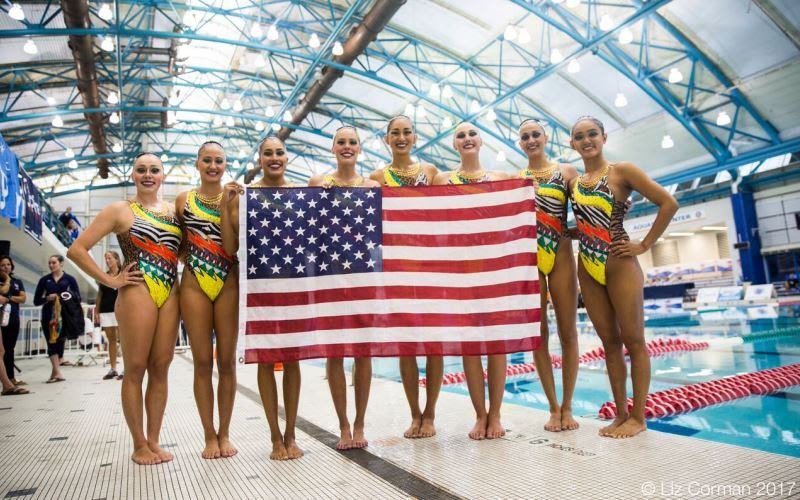 The U.S. National Synchronized Swimming Team hopes to build on its recent success when the FINA World Championships begin Friday in Budapest, Hungary.

The U.S. will compete in solo, duet, mixed duet and team July 14-22. Around 2,500 athletes in synchronized swimming, swimming, open water swimming diving, high diving and water polo will take part in the championships.

Competing for the U.S. at the FINA World Championships are:

The U.S. squad has been training together for only a couple of months, but team coach Jenny Ekhilevsky said they are headed in the right direction.

“These are brand-new routines for both of our programs, for eight people who are swimming together for the first time,” she said. “But they’ve done a great job from where we came from.”

The mixed duet competition made its FINA Worlds debut two years ago in Kazan, Russia, where May won gold and silver. He’ll be back this time around with Spendlove, a silver medalist for Japan at the 2004 Olympics. May and Spendlove, who are in the Cirque du Soleil show “O” in Las Vegas, are coached by Chris Carver, a former Olympic coach for Team USA.

For more on the FINA World Championships, go to https://www.fina.org/event/17th-fina-world-championships.

Thanks for the article. Synchronized swimming is a such a tough sport! Good luck to them at worlds!